Hey, Captain! In this guide you will learn about the new Stigma Rebel's Gun set : Turgenev to be released on Honkai Impact in version 4.7.

On the Eve: The Host's attack triggers an explosion centering on the target, whick inflicts a 6 sec Hunter Mark on enemies with no Hunter Mark within the explosion AOE. Explosion CD: 8s. Team and host's summoned entities deal 36.0% more Total DMG against Hunter Marked enemies.

3-pc bonus: Before the Gunshot

This new set is very similar to the Shuijing set, but for Elemental. The main piece for the set to work is piece B, because it is with it that you can apply the mark of the hunter to enemies and make them suffer more damage. With part T and B the set already works very well and you can use it on any elemental support (Ice, Fire, Electric), because piece T makes your characters give more Total DMG, piece B makes the enemy take more Total DMG and the 2 pc makes your characters do more Elemental damage. Then you can use Turgenev in a Sakuno Rondo with your new PRI ARM or in a Fallen Rosemary and using Fu Hua Musician M, Jin Shengtan M or Tesla Band M, depending on your DPS. 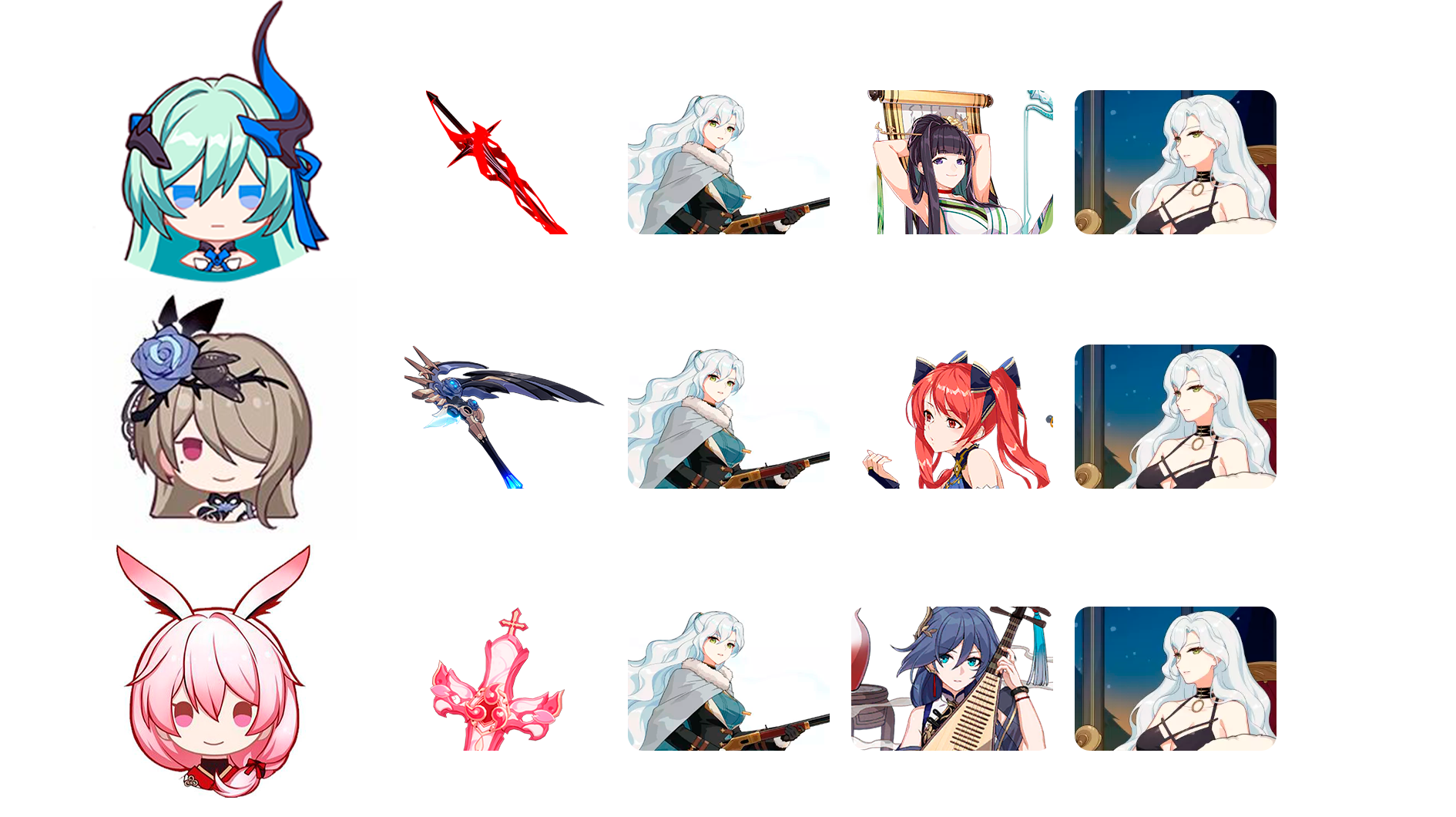 Turgenev has very good numbers. He is second in number to Jin Shengtan TM + Newton B, but the buff can last twice as long as Jin.In the tests that I performed, Turgenev did a little better than Jin Shengtan, mainly on supports with Multi Hits (Like Haxxor Bunny, Sakuno Rondo with Salvation of Sakura). 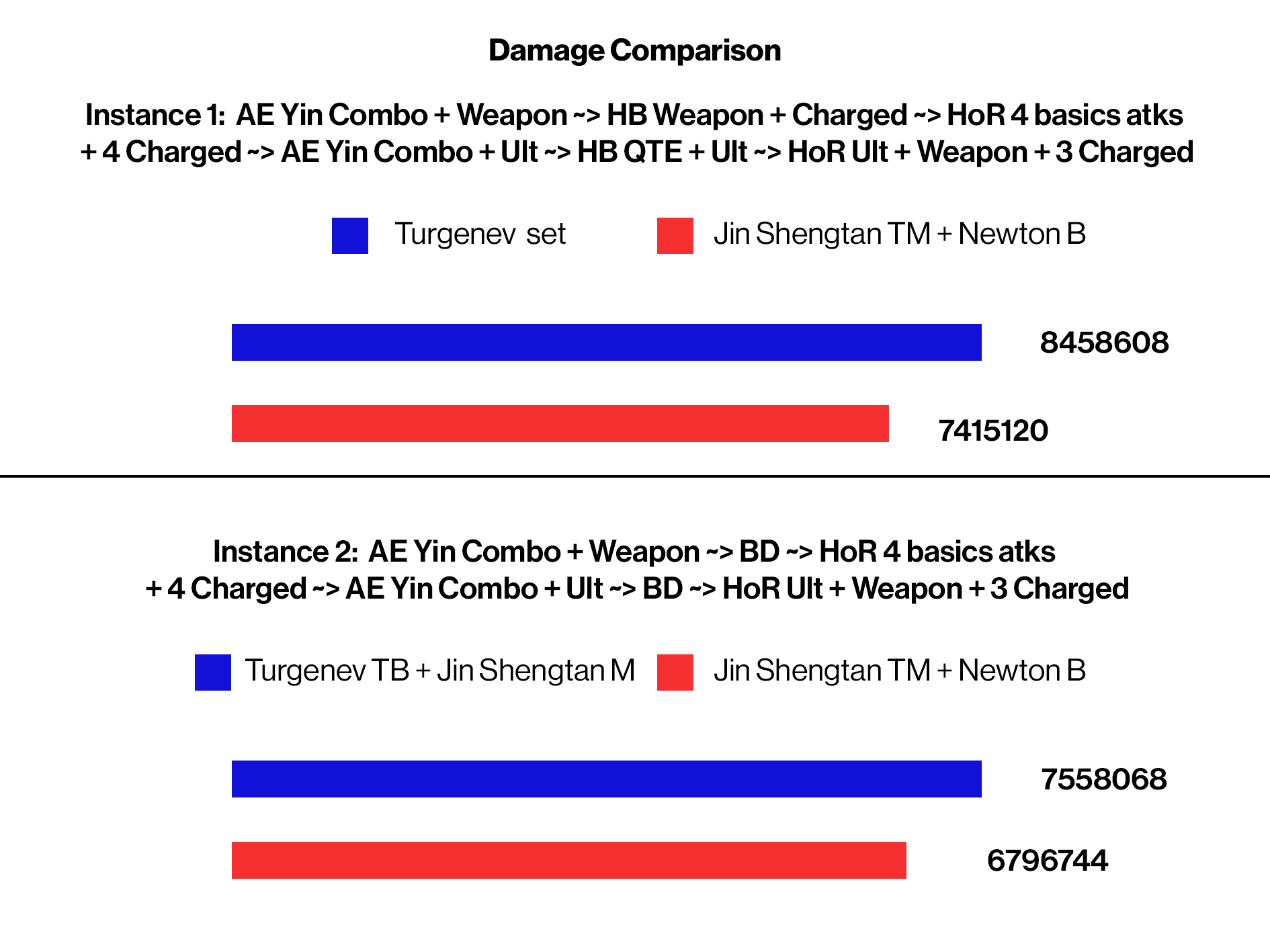 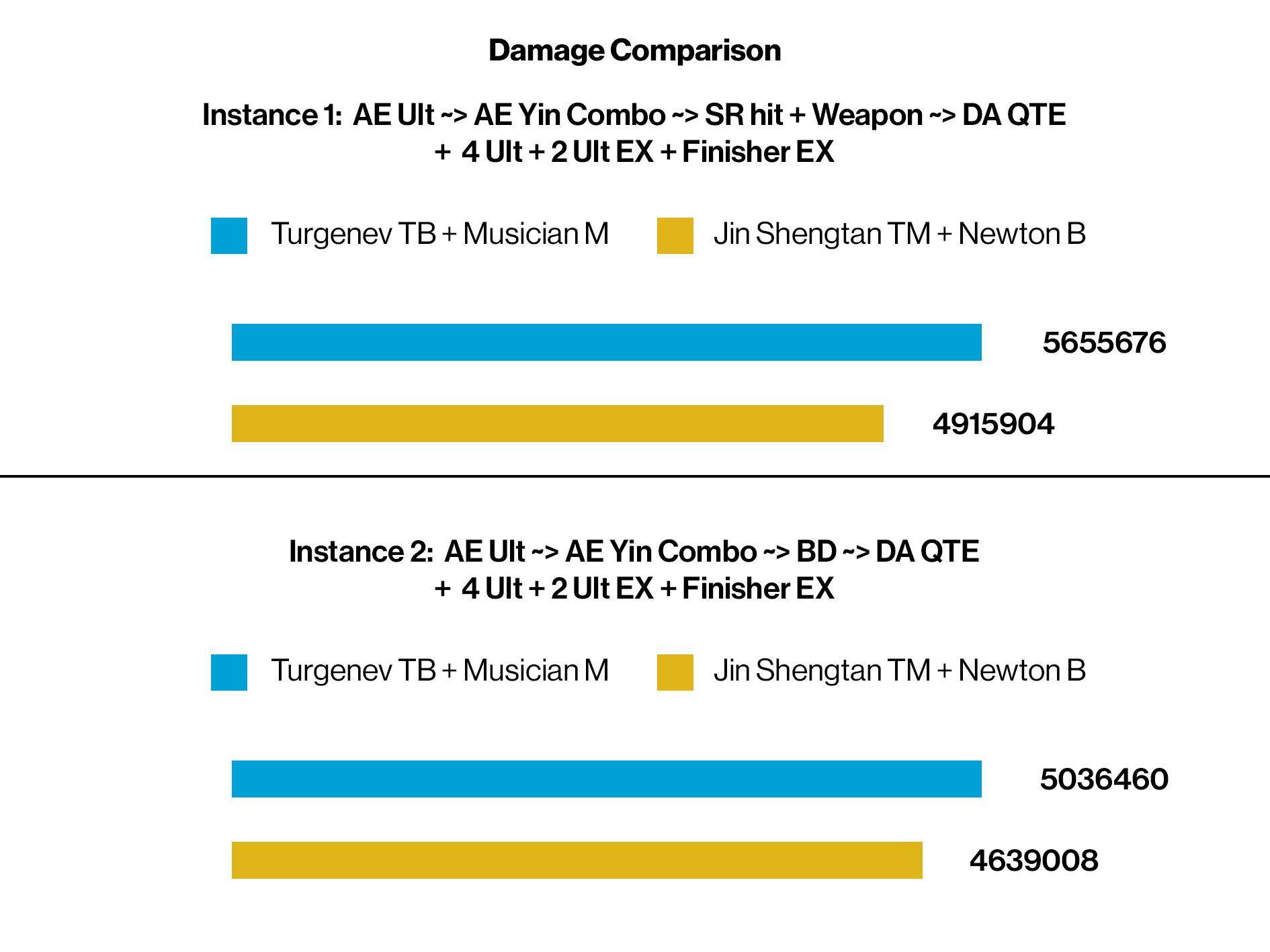 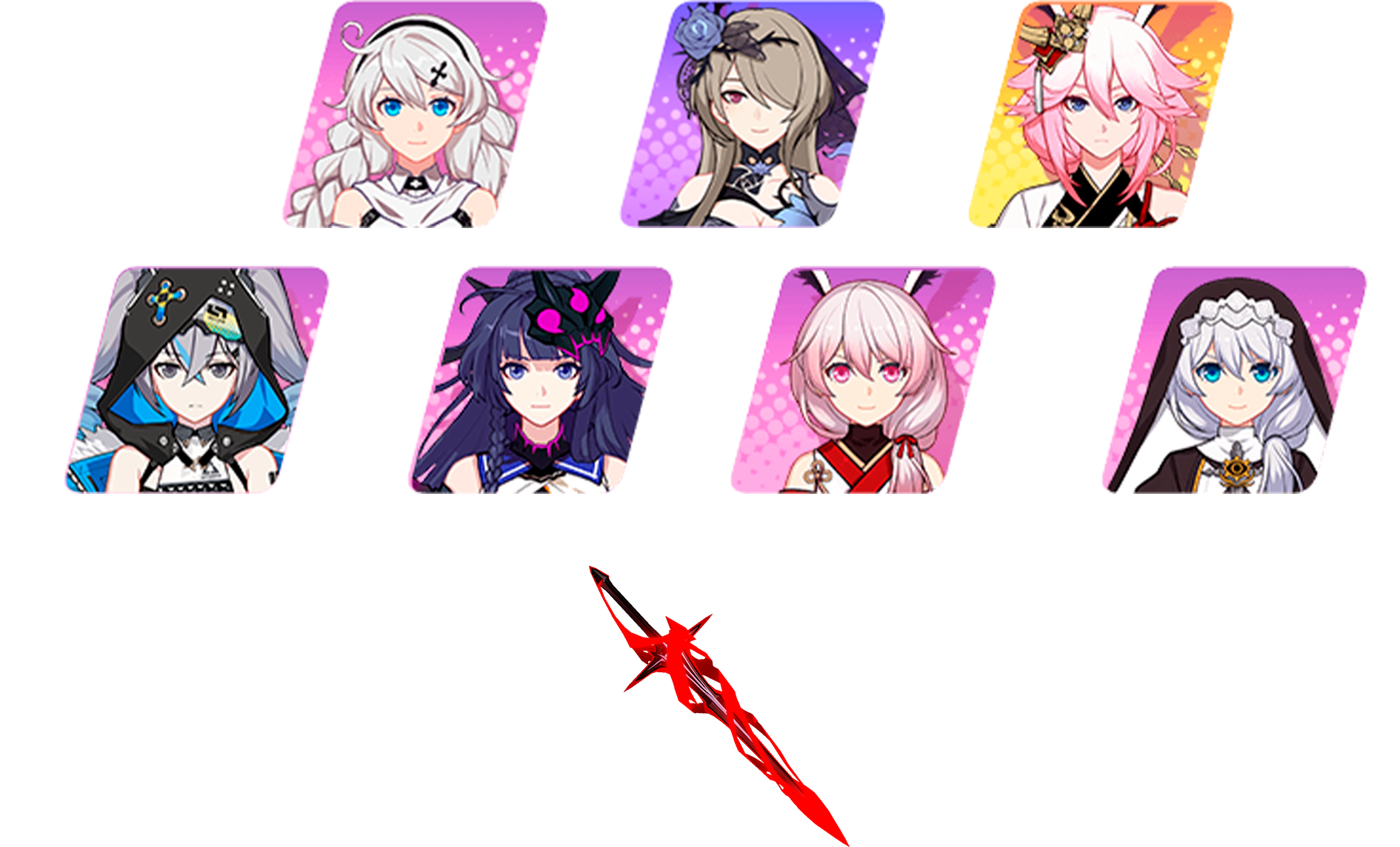 Turgenev is a new stigma for very good elemental support , but the question is "Is getting Turgenev worth it?" Well, if you already have Jin Shengtan and Irene Adler, I don't think you should go after Turgenev, unless you're in the End Game and you already have all the teams well organized, but if you don't have Jin Shengtan and Irene Adler , I do recommend that you try to catch Turgenev in the gacha, she will help you in all your elemental teams. If you get the T B part, you will stop, but if you are going to use Haxxor Bunny, then yes, Turgenev full makes a difference.

Then that's it! That was the guide, I hope you enjoyed it and for those who play on the Global server, see you on EX Abyss any day. 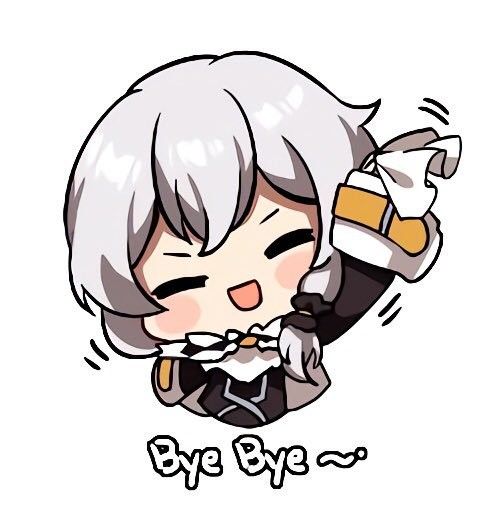