A version where a haxxor (widely known as Haxxor Bunny) is on the loose. She will… hack into your account if protection is feeble, she will… lock you out of it, and worst of all she will… rob your crystals.

However, we have received intel on her abilities, the weapons at her disposal and even accomplices. But that’s not all! We might’ve even discovered a way to hire her, at a perhaps exorbitant price of course. 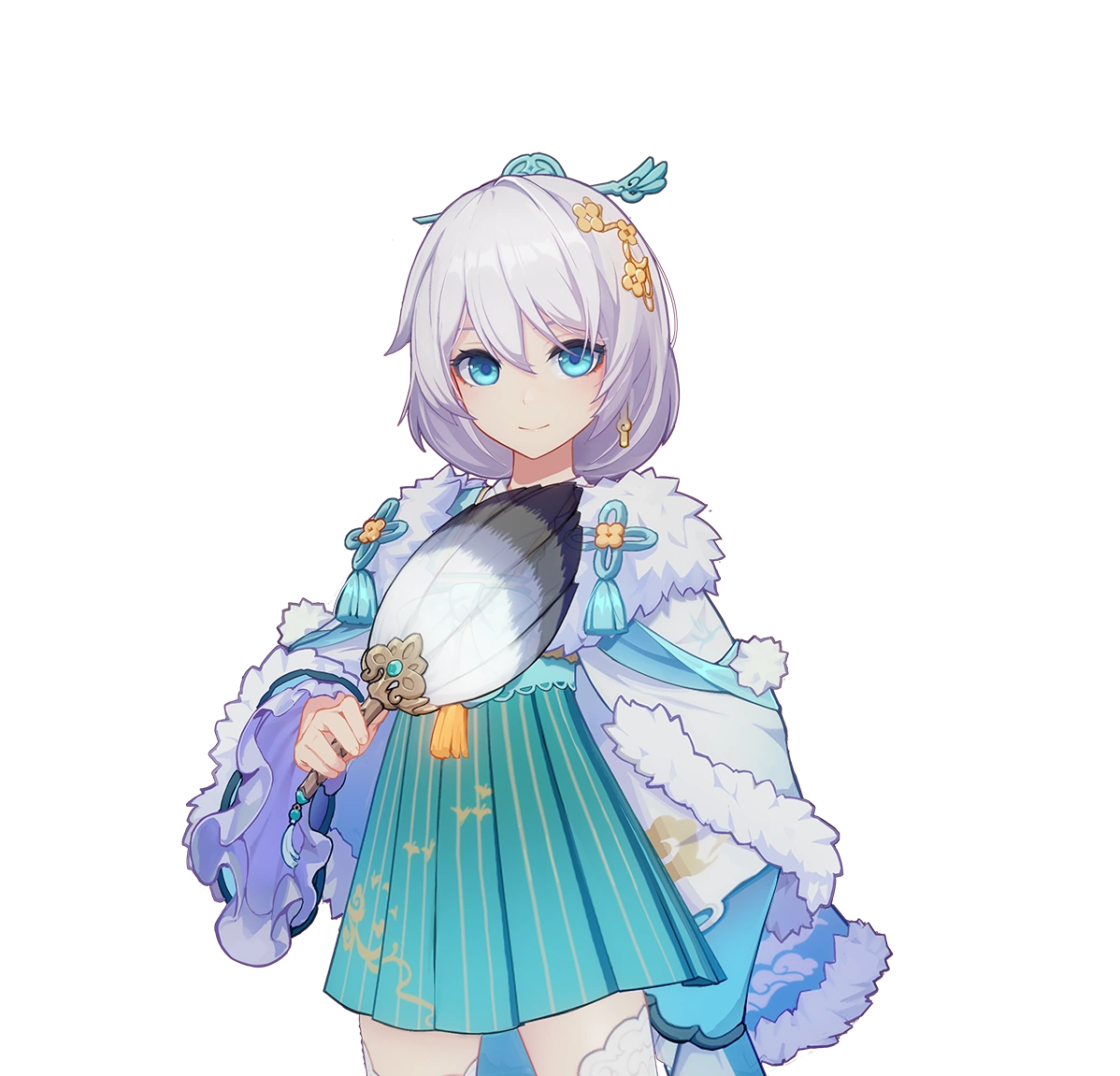 Befitting her role as a hacker, she prefers to support in the backline, analysing her enemies’ weaknesses and exploiting them similar to how the resourceful strategist Zhuge Koming/Starlit Astrologos functions.

From now on let’s refer to Haxxor Bunny as HB.

Since she is an SP valkyrie that is “convoluted,” let’s examine each one of her skills meticulously to ensure that all hidden dangers are identified hehe.

Most skills will be paraphrased from her in game description because, well, this hacker doesn’t want to fully expose herself.

All values will be recorded at their max level

When leading her squad, she’ll increase everyone’s Ultimate and Burst mode ice damage. As a bonus, the team will deal an additional amount of total damage for every ice damage dealer on the team including herself.

Values at each rank

HB’s basic attack consists of 4 sequences of rapid SMG shots in a similar fashion to Sundenjager.
Evading (even into thin air) allows her to skip the forthcoming sequence.

Charged Attack
HB has two gadgets at her disposal.

A Kinetic Energy (KE) gauge that maxes at 200

When the Preload skill is unlocked:

When the gauge is full, holding down the basic attack button will deplete all KE to unleash an enhanced attack.
Similar to Herrscher of Reason, the special attack varies based on HB’s equipped weapon type.
HB’s charged attack can lock onto a target for Drones to perform a special attack.

Which takes us to the next gadget:

(Two drones with 27 seconds worth of summon duration) 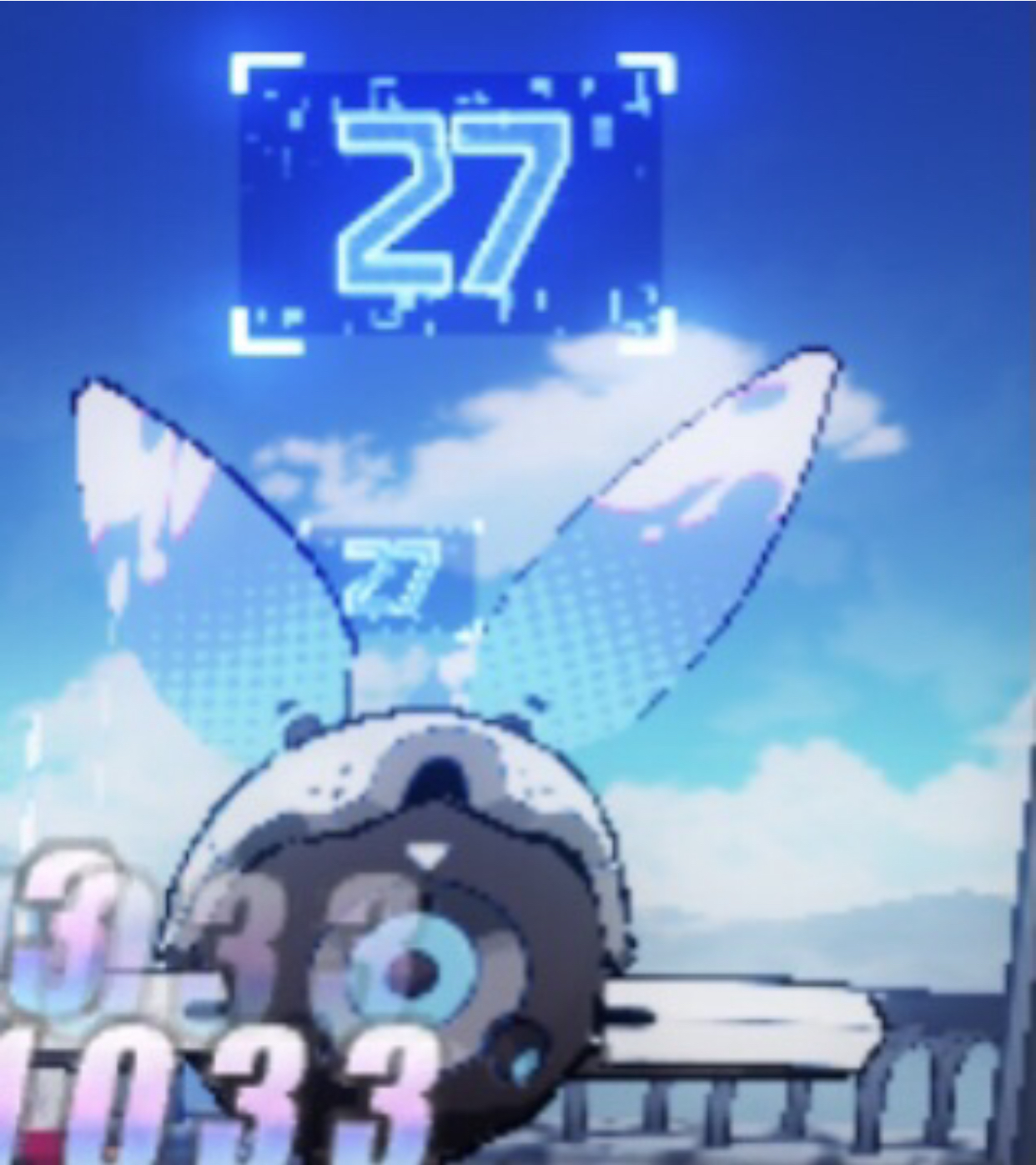 Drones have two types of attacks:

With a skill upgrade the explosion will deal an additional 200% ATK of ice damage and reduce the evasion cool down by 3 seconds.

HB’s ultimate evasion also lets her chain into the 3rd sequence of her basic attack.
Helping her setup a drone prematurely.

HB also has a Haxxor count that functions similarly to Starlit Astrologos’ Hexagram.
Unlike Hexagram, however, at least one drone must be active for Haxxor marks to accumulate. 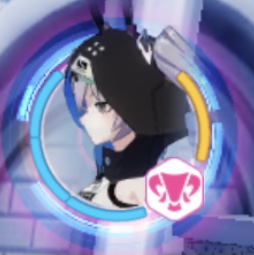 For those that are unfamiliar with this mechanic, once it has reached max stacks, in this case 20, HB’s icon will light up. Pressing it will trigger her QTE without physically deploying her. Meaning your current valkyrie can continue their course of action uninterrupted!!

Another bonus is that her QTE can be preserved for later use if need be, provided there’ll be a targetable enemy. 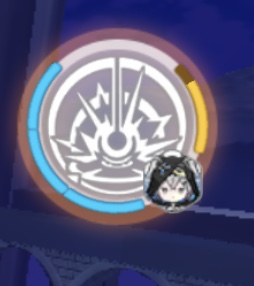 During her QTE, there’ll be a brief window for HB to cast her ultimate. Once the time is up, tapping HB’s icon will send her into combat. Please be extra careful

Of course HB can still cast this skill while she’s on the field, but we want to cast it through her QTE to buy our dps some invaluable time.

SP Skills
As an SP Valkyrie, HB will unlock additional special skills upon ranking up.
SP valkyries require the following amount of fragments to rank up 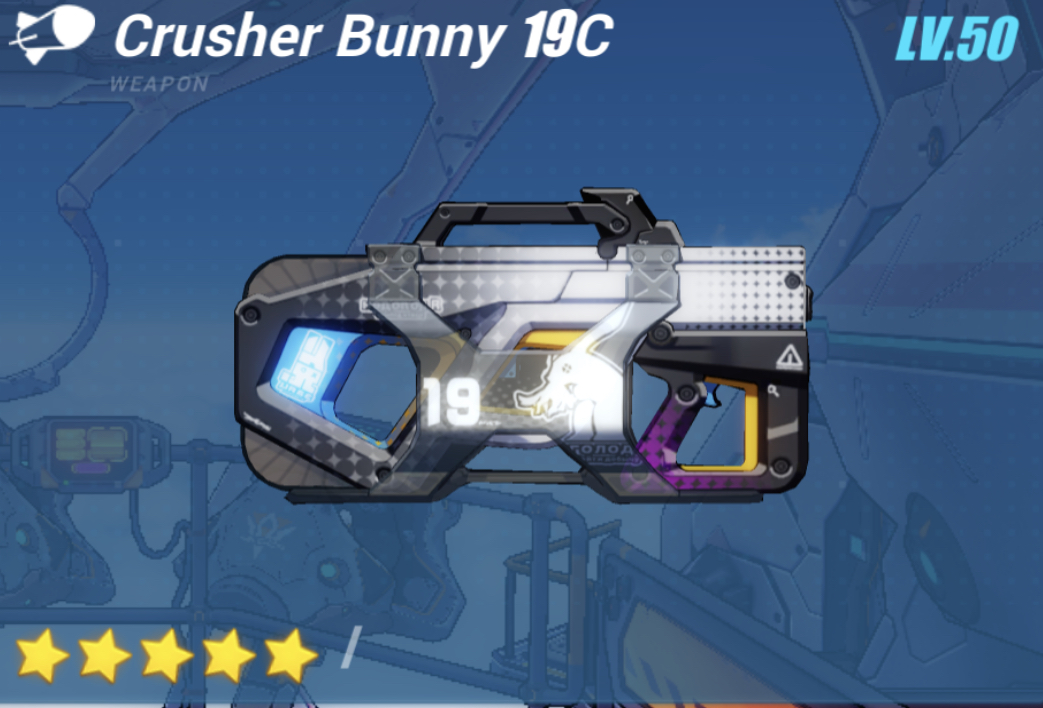 Crusher Bunny 19C is a missile launcher that launches homing missiles based on its charge time. Damage will decrease when the same target is attacked consecutively.
Partially Charged: 3 missiles
Half Charged: 7 missile
Fully charged: 15 missiles 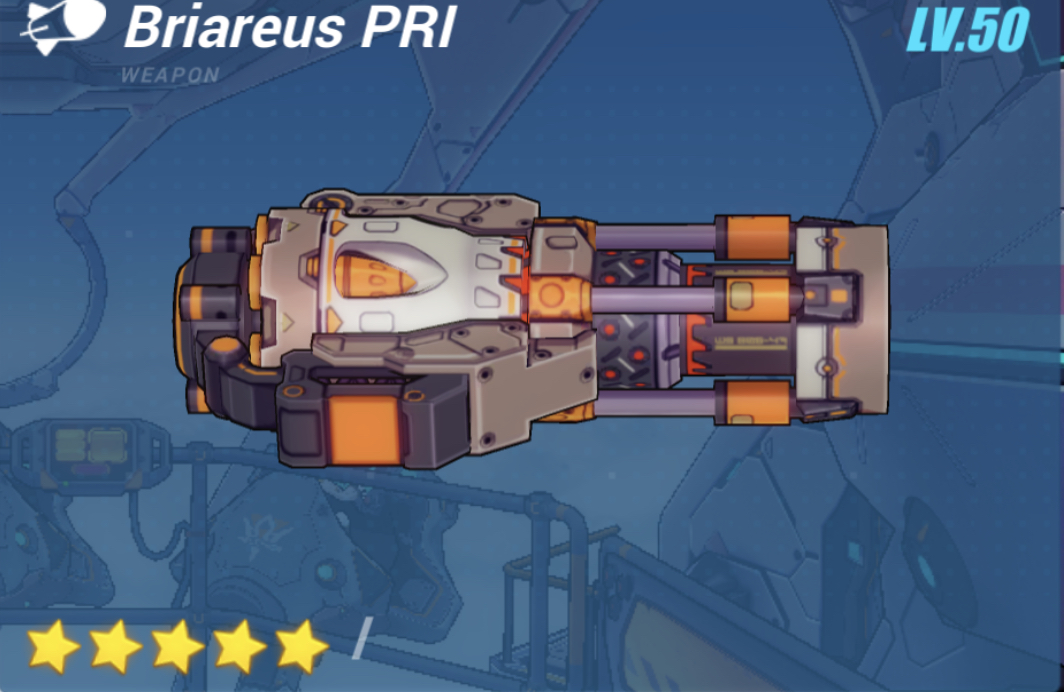 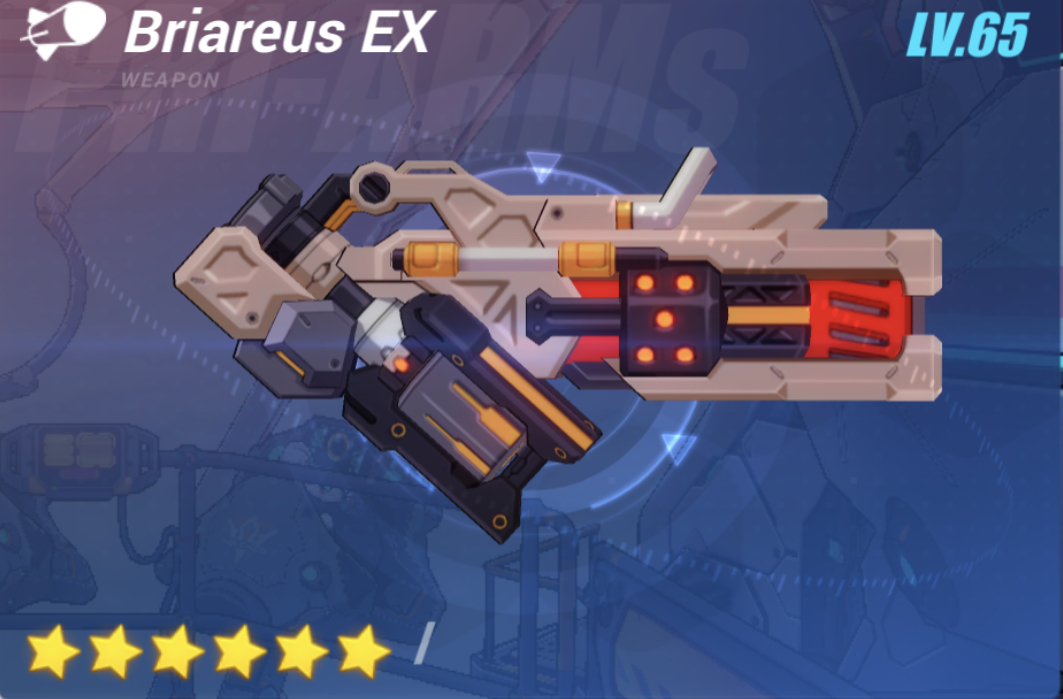 Their active skills can time slow enemies, opening up QTE combos or simply extending the duration of debuffs.
Briareus Ex can also change weapon types if you’re looking to play around with her for fun.

Key of reason/Domain of Revelation 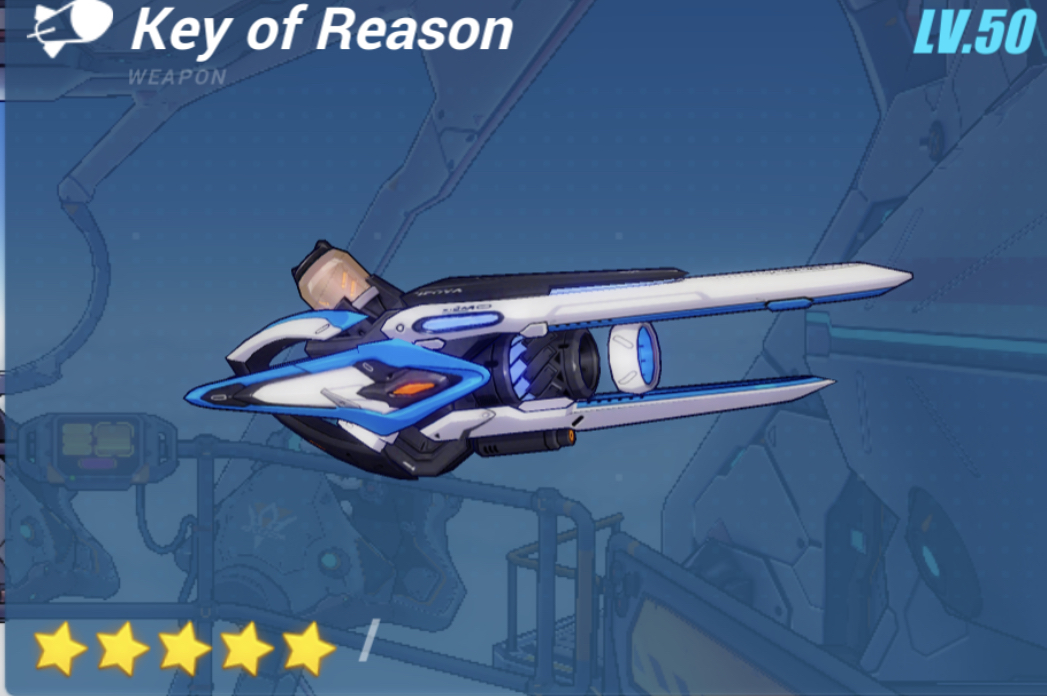 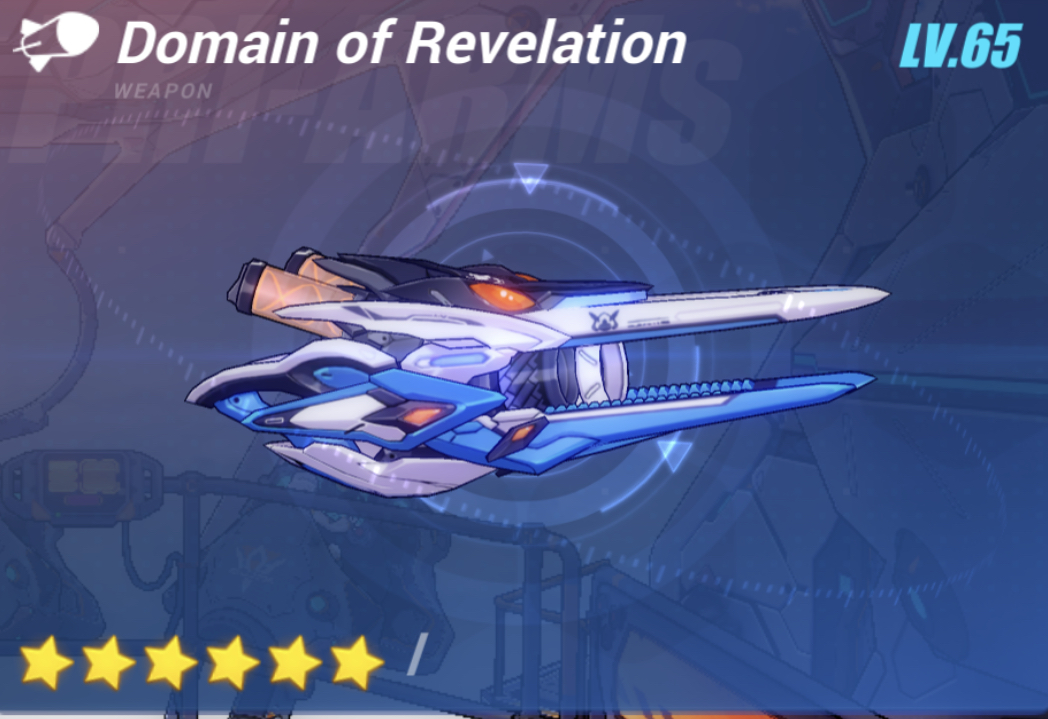 There is almost no reason to use this weapon, especially when HB is supposed to be supporting the Herrscher of Reason instead of pickpocketing her weapon.
If for whatever reason, HoR’s not on the team, it could be a consideration with the low cost/free active skill.

Other than those, there aren’t really any comparable alternatives to Crusher Bunny. Anything with a low SP cost will suffice as that helps her activate one of her passives. 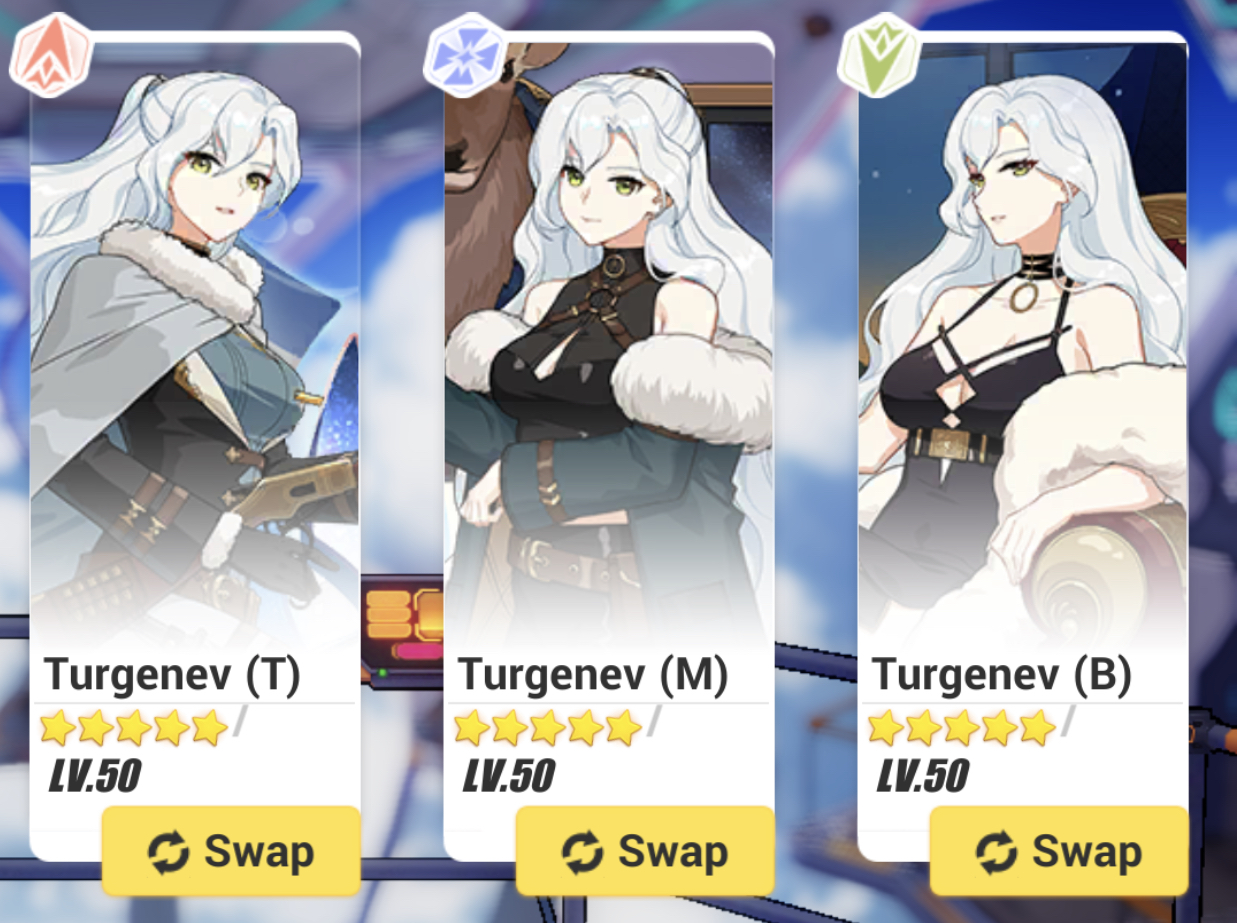 Right off the bat, we can see that the bottom piece is central in making the other pieces work properly. 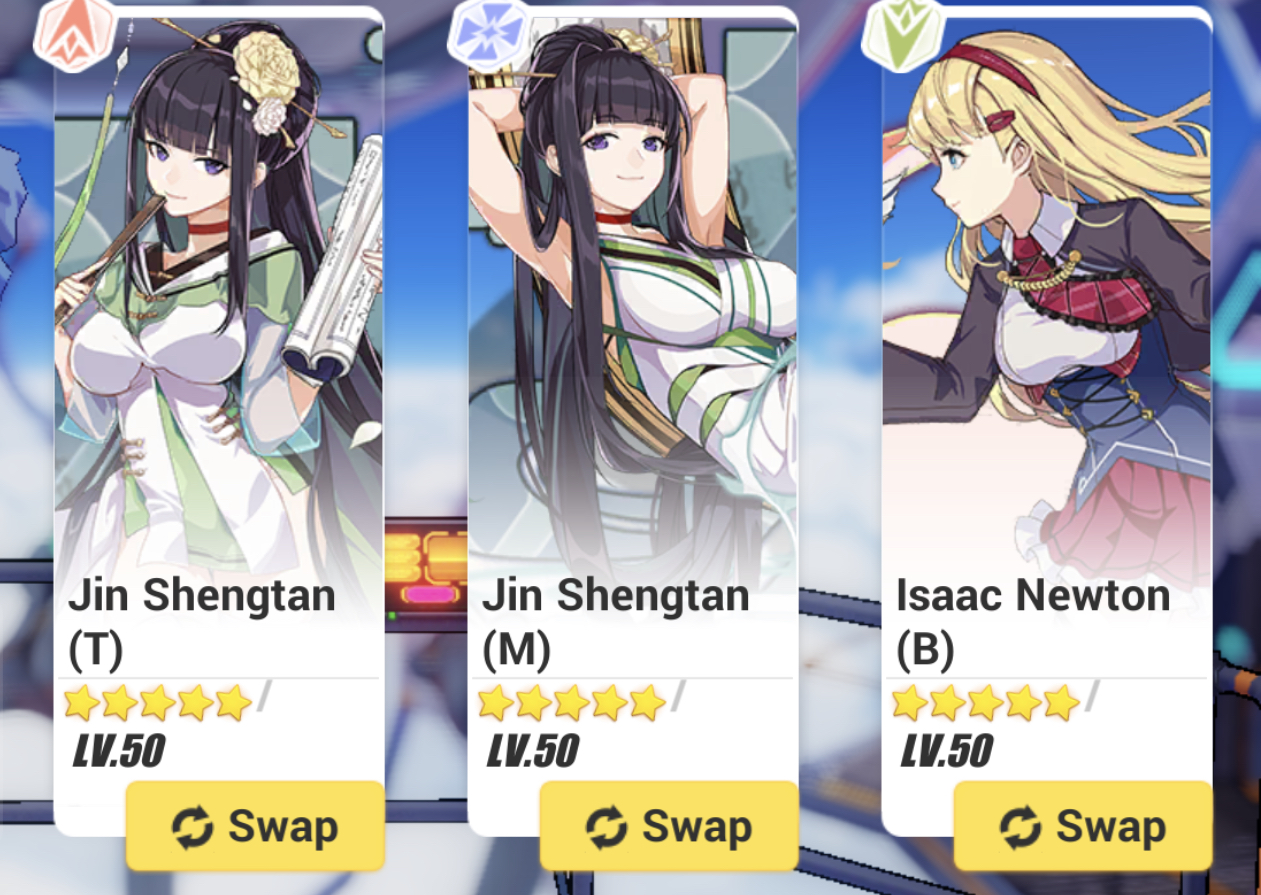 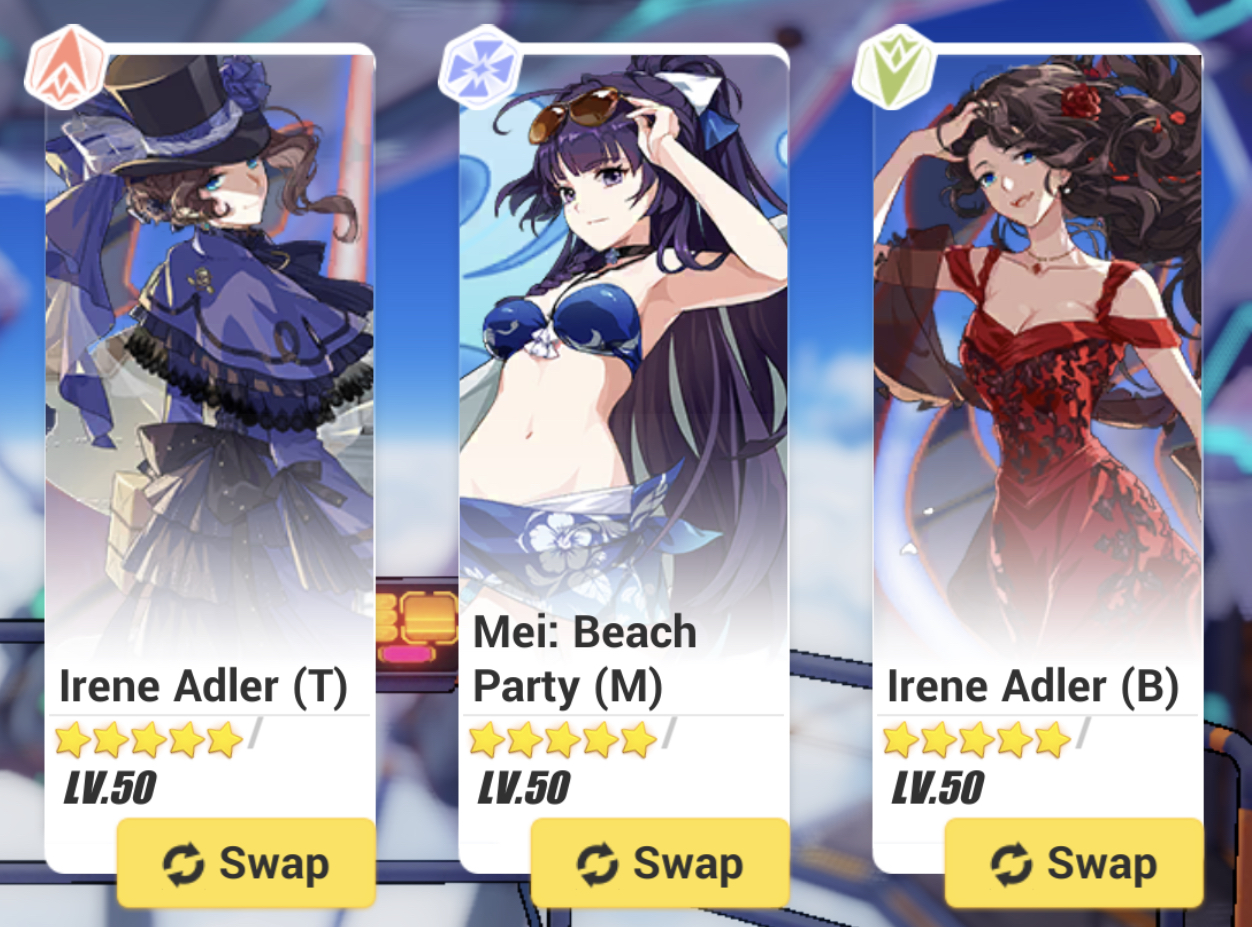 Requires a charged attack or ultimate to fully activate but lasts long enough for it to be competitive. 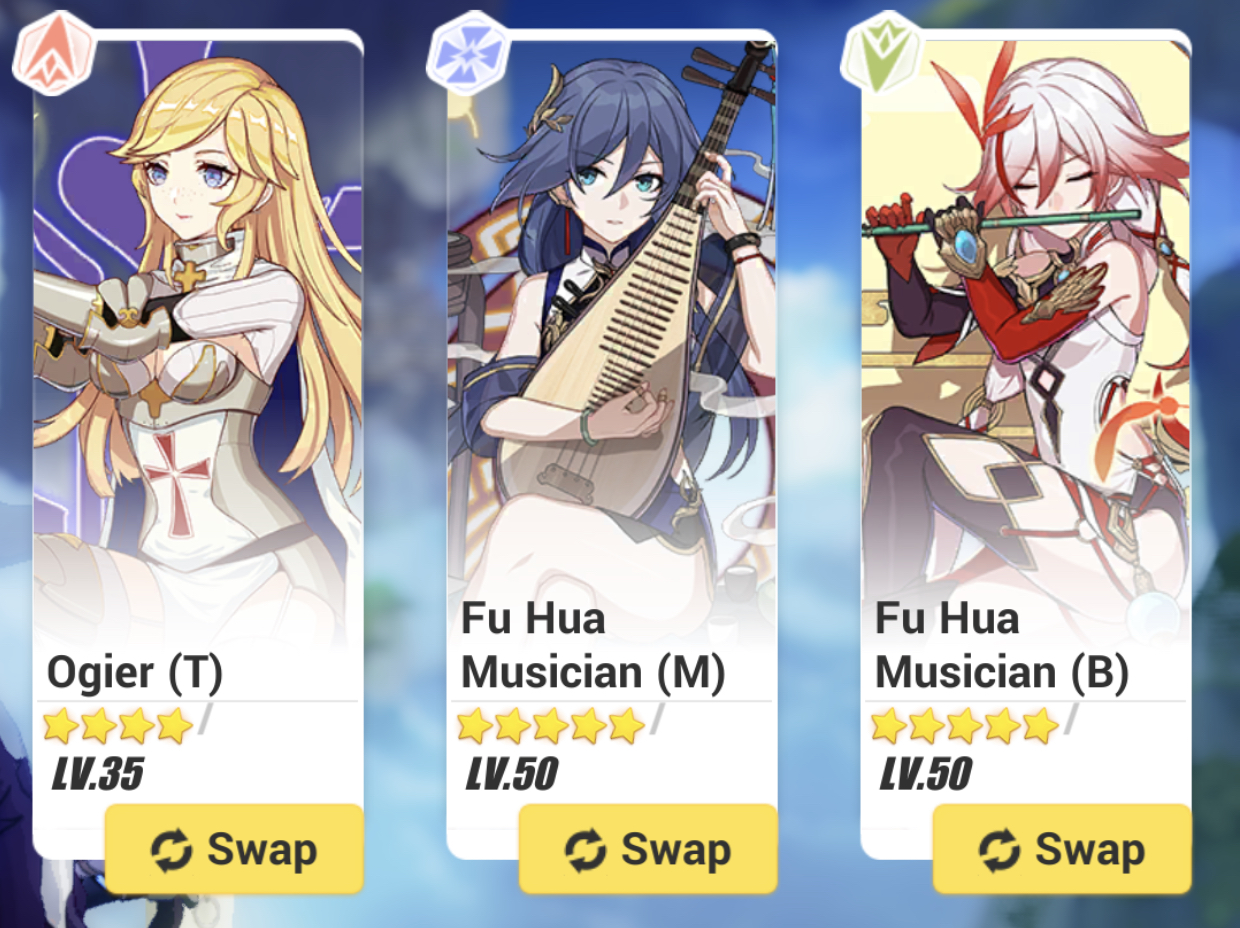 Rasputin Top and Mid + Scott B 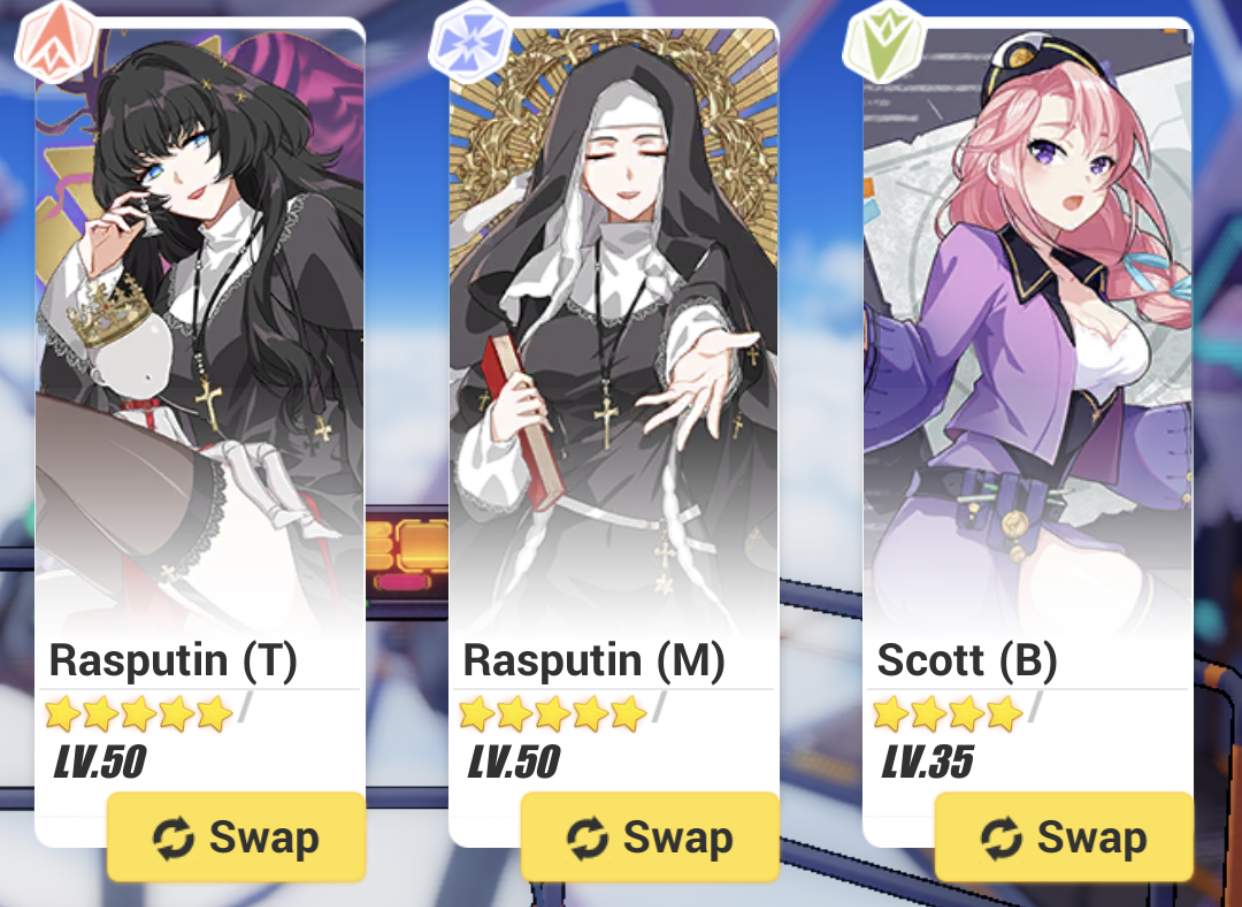 Or any build that boosts ice damage for early game since the bonuses on musician are rather negligible or can be given to another support.

Be cautious with Bronya Sloth B 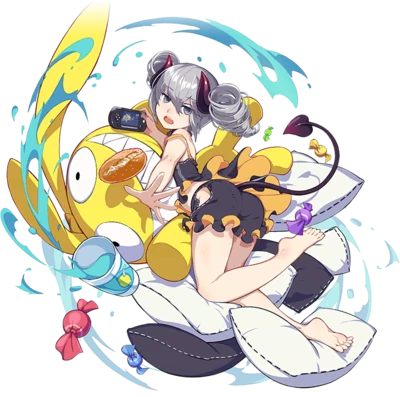 Although her QTE let’s her attack without disrupting her teammates, it is treated the same as if she switches in. This could lead to Sloth B emptying her SP bar if exercised without caution.

If Sloth B is chosen, only use her for her ultimate or if a target is extremely low on HP.

Accomplices
Ice Valkyries as of 4.7

Alongside another support HB can support either one of these valkyries, most notably Phoenix, Azure Empyrea or a blood dance user (definitely take Arctic Kriegsmesser if she’s not dealing damage). 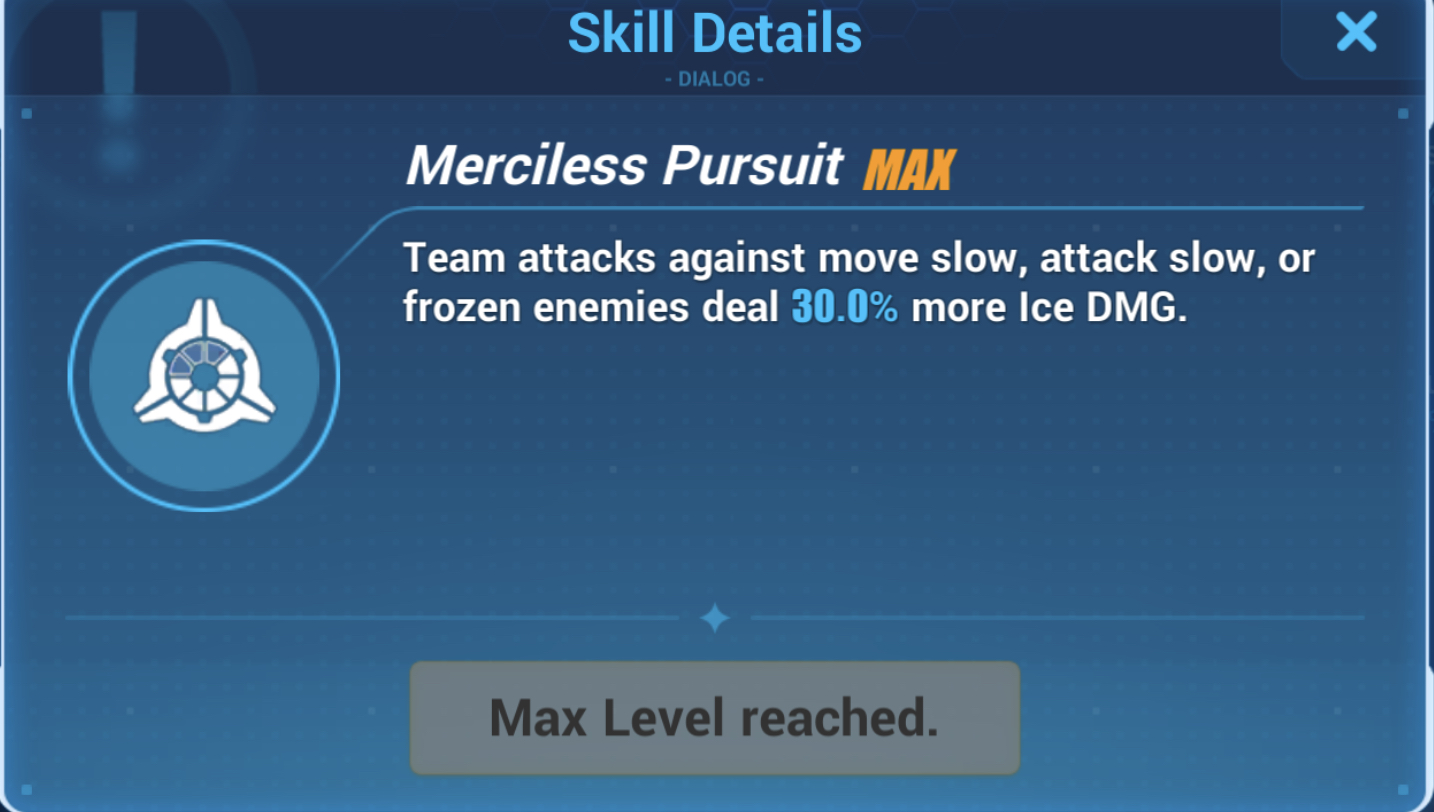 Kriegsmesser's passive also bolsters up the team’s ice damage under these conditions, all of which can be inflicted by one of the damage dealers above or HB’s ultimate where most damage will be dealt.

Do note that most bosses are immune to these status 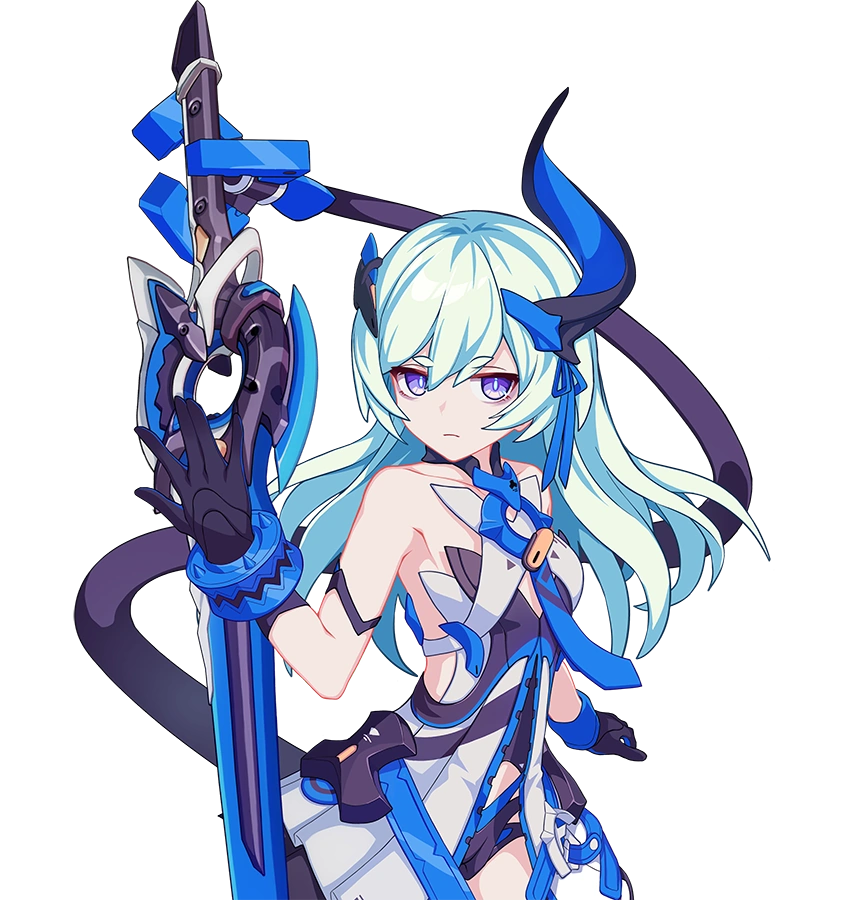 Might also be a better blood dance user against bosses with trauma such as Huodou.

For valkyries with strong ultimates, i.e Memento, Argent knight artemis or Herrscher of Reason, try to unleash their ultimate in tandem with HB’s ultimate to maximise their damage.

QTE in when going for a strong non burst attack such as an active skill, when memento’s KE is full or an ice cell charged attack etc

As Seele’s best friend, HB may also be her best support, but that’s for 4.8 to decide!

Haxxor also gets her own set of trial and challenge stages to help familiarise one with her playstyle, there’ll also be rewards up for grabs!
Oh but wait, she even gets an open world game mode where we hopefully get to learn more about her backstory and how she became a hacker.

With that in mind, I hope 4.7 goes well, enjoy what this patch has to offer, spend your resources carefully and remember to prevent yourself from being hacked.