Hey, Captains! Today we are taking a close look at a new stigmata set released in v3.4: the Loner of Prague set Kafla.

Stigmata Intro
※ Stats below are all Lv.50 figures. 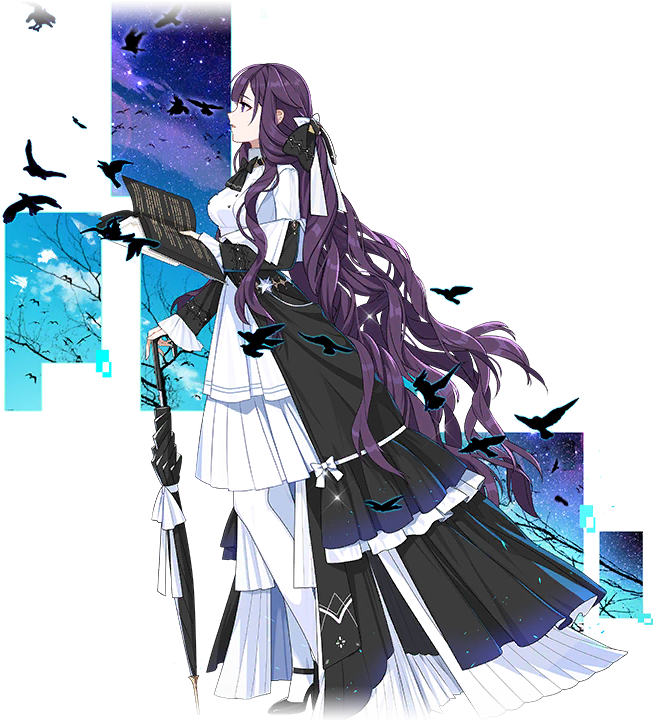 Betrachtung: Upon scoring a Crit hit, the host gains a 2.5% Total DMG Multiplier and 2.5% Crit DMG buff for 5s (Max stack: 8). Duration of each stack will not be affected by other stacks. 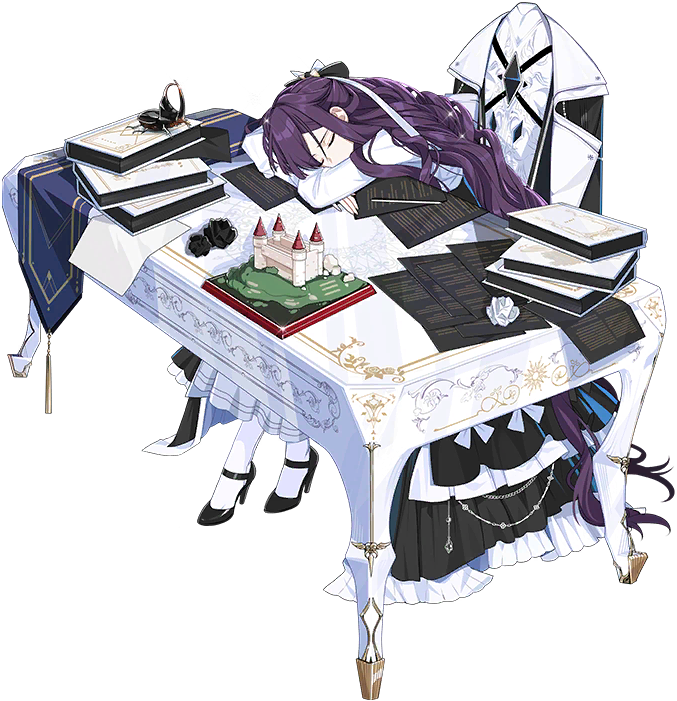 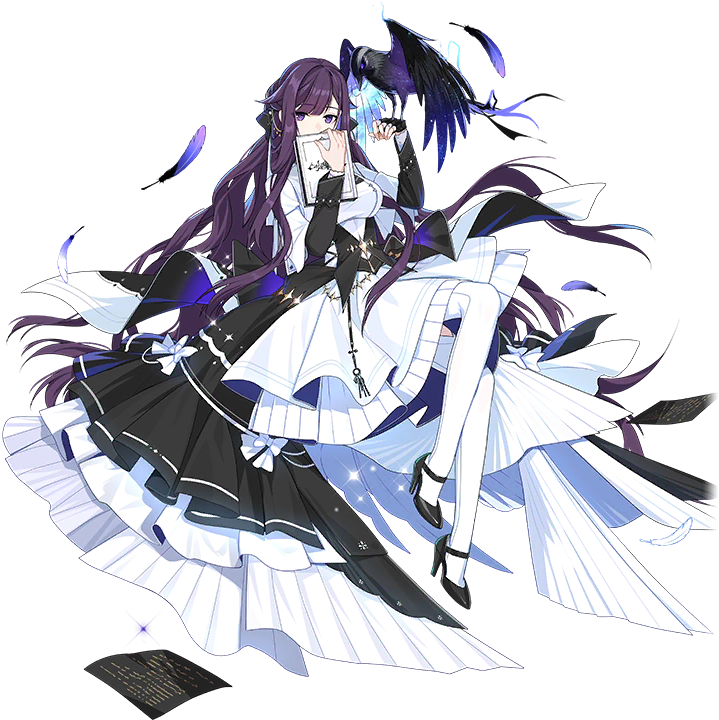 Der Process: Upon scoring a Crit hit, the host gains a 2.5% Crit Rate buff for 5s (Max stack: 8). Duration of each stack will not be affected by other stacks.

3-pc bonus: Surreal Milieu 3 pieces
Gain 35% Total DMG Reduction against hits taken. Within 12s after unleashing a Charged ATK, each attack has a 60% chance to trigger a bonus strike that deals 15% ATK of Physical DMG, has 100% higher Crit Rate, and is added to the Combo Hit counter. Triggers 30 times only. CD: 20s.

Kafka (T): Based on critical hits and increases DMG, provides up to a max of 20% TDM (Total Damage Multiplier) and 20% Crit DMG buffs. The T piece is considered the “best” stig of the three.

Kafka (M): Based on critical hits and increases DMG, provides up to a max of 40% Physical DMG buff.The M piece is considered the “2nd best” of the three.

Kafka (B): Based on critical hits and increases Crit, provides up to a max of up to 20% Crit Rate bonus. The B piece is considered the least impactful of the 3 stigmatas since it conflicts with the guaranteed-crits from Kafka's 3-set effect. 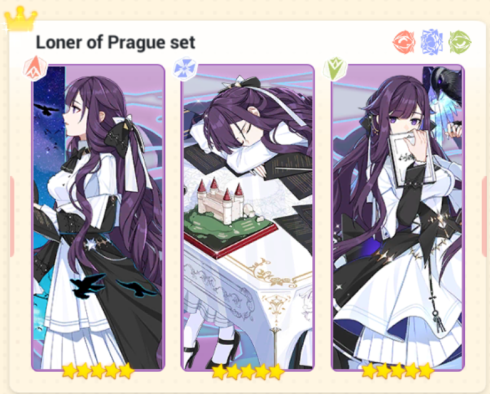 2-pc bonus: A 45% Total DMG Multiplier buff for 12 long secs after using a charged atk. Despite the long cooldown, this 2-set effect is the most important effect because it instantly revs up all the stacks of each stigmata piece.

3-pc bonus: Increases Combo Count and maintains the bonuses. To top off the 2-set effect, the next and same 12 seconds gives the next 30 hits guaranteed crits. (Do note that these hits are the stig's hits, not the host's attacks themselves!) These crits keeps the max stacks of all 3 effects going. Those 30 hits also have a chance of adding to the combo counter. This effect and the 2 set effect share the same cooldown, so these two effects will always trigger at the same time. Lastly, the passive Total DMG Reduction bonus is a nice cherry on top.

Each piece individually will require the host to be very fast hitting with an extremely high crit rate. Because new stacks do not refresh the duration of previous stacks, it's not recommended to equip only 1 piece. Between TM, TB, and MB as a pair, the best pair is TM. While T and M increases DMG, the B pieces increases crit rate. Although all three pieces relies on crit hits to reach maximum potential, the 2-pc effect removes the necessity for actually landing crits with their host's attacks. Therefore, the B piece for crit rate is the least relevant among the three.

The Kafka Set is designed for valkyries who deal physical dmg, can deal multiple attacks really fast, and can do charged attacks, all of which the S rank Valkyrie Violet Executioner's newly Augmented Battle Suit Twilight Paladin (TP) excels at. Not only does TP fall under all 3 requirements listed above, she also enjoys the combo count increase mechanic from the 3-set effect. TP's does her strongest hit through her charged atk at 200 combo count, and Kafka pushes TP's charged atk dmg to the limit by multiplying crit damage and accelerating to 200 combo faster. To top it off, the 100% crit attacks from the 3-pc effect helps TP's Bleeding Sun subskill to gain more SP and Charge meter. This leads to TP to being able to use her Ultimate, cross, and charged ATKs more often.

Other valkyries that also benefit from Kafka are Herrscher of the Void (GK), Molotov Cherry (MC), Swallowtail Phantasm (SP), and Umbral Rose (UR). These aforementioned valkyries can also use Kafka rather well. While Kafka can be used standalone, it works best with at least two pieces together for the 2-pc effect.

MC can use Kafka rather well because she can utilize the 2-pc bonus while using her charged ATK. MC's long lasting spin attack is considered charged, so when she starts to spin, she immediately receives the 2-pc bonus's max-stacks, as well as the 30 guaranteed stigma crits from the 3-set, if used.The 3-pc combo count effect accelerates MC to the requisite 50-combo for her passive, HIT THAT THING, which provides a high TDM boost.

GK is at her strongest when she goes into Herrscher Mode via charged ATK usage. And for the next 12 seconds of being in Herrscher Mode, GK's basic attacks and Ultimate gets greatly buffed from the Kafka set. This makes for great synergy between GK and Kafka. Make no mistake however, the Sirin Ascendant stigmata set is still the best option for GK. While GK works great with Kafka, she's better with when equipped with Sirin Ascendant.

SP has great built-in crit DMG and most of her DMG comes from her Charged ATKs. In addition, SP has a “snowball” building up momentum playstyle that works best against mobs. Kafka increases SP's crit rate and DMG, depending how which pieces she has, and makes it easier for SP to snowball better. During SP's Ult, she gets to use her charged ATK again if she makes a kill or has Evasion Skill available, thus benefiting further from Kafka's 2-set. And lastly, Kafka's 3-pc effect to increase combo count helps with SP's  Unending Fantasy passive skill that is based on the combo count.

And lastly, UR can also put Kafka to good use. UR's main source of damage comes from her flurry of fast basic attacks while applying Laceration stacks onto enemies. Since UR can focus on spamming her basic attacks, she only needs to use her charged ATK once and continue hacking away at the enemies with the Kafka's bonuses. In addition, UR's Relentless Skullcap passive skill benefits from Kafka's 3-pc combo count support effect as well.