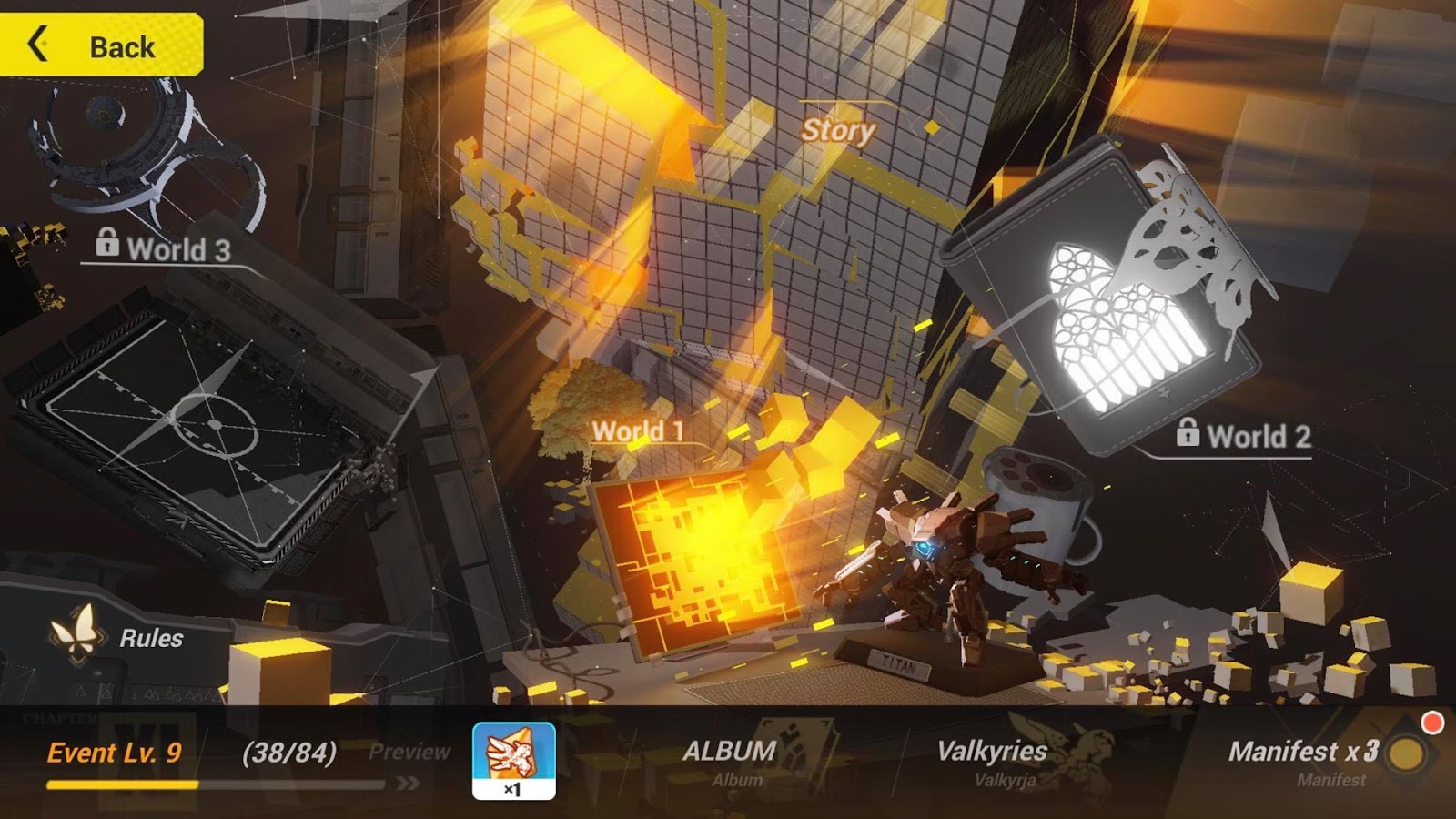 Hello, this is a guide that will walk you through all 5 stages of Chapter XI's World 1 EX stages. Completing all the objectives in each stage will be addressed in this guide as well. The stages are available as soon as you defeat story stage 11-6. 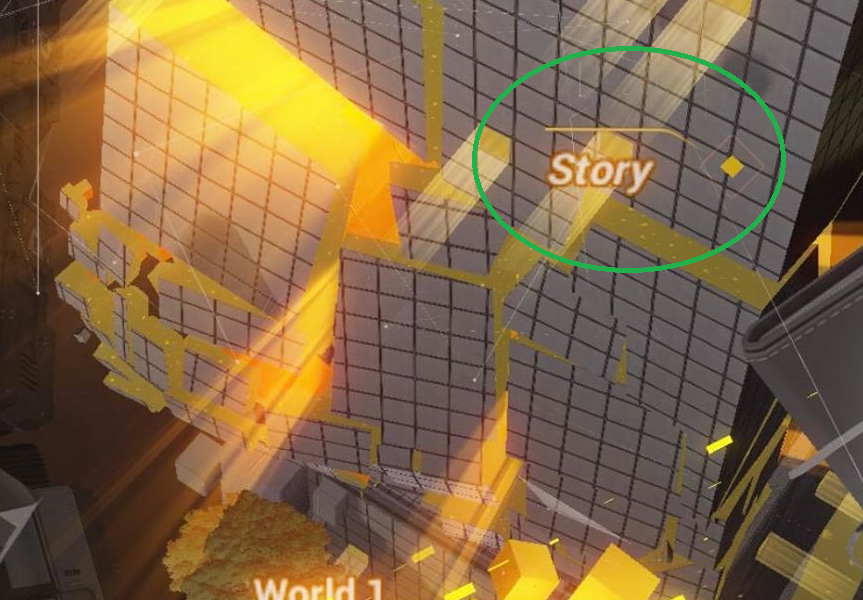 While it can be hard to spot, you can access the story stages by selecting "Story" as depicted in the above picture.

Once you defeat that stage, you can access World 1 EX stages through two ways. You can enter through the orange distorted monitor in either the story stages selection screen (left) or the main screen 6(right). 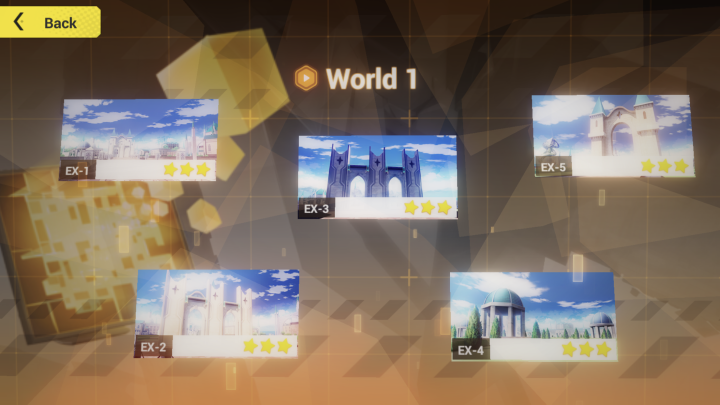 World 1 has a total of 5 EX-Stages that restrict you to only using Valkyries and gear that you unlock through playing Chapter XI and unlocking using Echo of Warriors and Echo of Steel; very much so like the Reburn Event. You can get these Echos from playing stages and collecting rewards from the events tabs.

The first two are the typical you are familiar with:
Frontal Swipe:

And a Teleporting Lunge:

So what you want to do is to dodge its Phase Attack to enter Phase Disruption Mode. Do your best to avoid using your evasion skill on regular attacks so you can be ready to evade for a Phase Attack. During Phase Disruption Mode, hit the enemy asap to inflict Collapse State (white mode). In Collapse State, the enemy takes much more damage from all types. From there, you can easily defeat the enemy.

Stage Effects:
Enemies take +30% Physical DMG
The stage starts off with spawning 2 PSY: Meduzoas for you to fight against. After defeating the two enemies, the last Meduzoa and the Void Gorgan will spawn further down the stage. These latter two enemies are green soul linked. Meaning when 1 goes down, so will the other. The Void Gorgan has 1 regular attack and 2 different Phase attacks.

Just build up an ult for Seele or your DPS against the first two Meduzoas without using weapon skills. Make sure to have YA and/or VC for Seele's leader skill of more damage. When the Void Gorgan spawns alongside with its soul-linked Meduzoa, keep in mind that the Void Gorgan is immune to direct attacks. So do your best to avoid both the enemies' attacks and focus attacking only the Meduzoa. When the Meduzoa perishes, so will the Void Gorgan.

The stage starts of with 2 Void Erinyeses. Do note that they have the Fissile Split skill.
This skill gives its user the ability to clone 1 copy of itself but they will both be in Collapsed State.

Upon defeating the Void Eniyeses, the Void Chela will spawn. It's essentially the QUA version of the Crab.

The Void Eniyeses only have 1 regular attack and 1 phase attack.

Meanwhile, the Void Chela has 2 regular attacks and 1 phase attack

The Void Erinyeses are nothing to fret about. Attack them enough and they will split into Collapsed State, making themselves easy to kill. Make quick work of them and then the Void Chela will spawn. It's the last enemy of the stage. Try to avoid being hit from its attacks without triggering Ult Evasion unless it is phase attacking. When it does phase attack, make sure to enter Phase Disruption Mode to inflict Collapse state onto it. From there, the Void Chela is easy to defeat. Stage Effects:
Some enemies are green soul-linked. (Killing 1 will inflict DMG to the other end.)
The Void Gorgan is immune to direct DMG.

Due to the "Take no more than 10 hits" objective, it's highly recommended to bring YA for her passive team barrier. Stage Effects:
Some enemies are green soul-linked. (Killing 1 will inflict DMG to the other end.)
One of the Geneshas is immune to direct DMG.
Combo 20+ -> Deal less DMG

The final World 1 EX stage is very straight forward. 2 Ganeshas will spawn but one of them will be completely immune to direct damage. However, they are soul-linked such that when one of them dies, so will the other. I suggest a team of:

Seele will be the main DPS while YA provides a barrier for defense and the "Take no more than 20 hits" objective. YA can time fracture as well for SP's QTE. You can bring VC for shield break/TimeFractQTE or KM for the passive slow DMG buff (since Seele can apply slow).

You've reached the end of this guide. The stages here are simple and a nice introductory to the QUA enemies as well as Seele herself. Keep in mind that Valkyries only reach lv40 for this week, but don't stop just there! Next week you can upgrade them asap. Don't forget to collect your rewards as depicted in the picture above. Hopefully you found this guide to be helpful in aiding you to understanding and completing World 1! 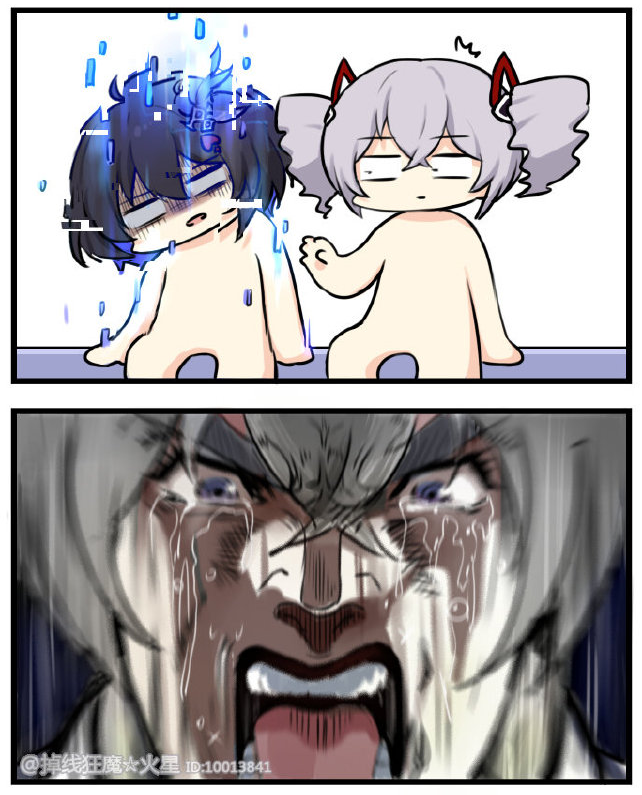