Today we are visiting the 3rd and 4th tower in Demesce of Time, the final arc of Fairytale Rhapsody.

Here is the video walkthrough for them both:

Both towers are fairly straightforward. There are no secret collectibles and all chests are in plain sight. With the exception of one chest in Tower of Bias, all of them are acquired through natural progression and defeating the area boss.

The recommended lineup for this section is: LE, VK, CH with a SK or LE friend. This comp has the highest burst possible. You are free to experiment with other options, but the selection is fairly limited as your roster is limited down to only Mei, Theresa, Himeko and Rita (no Theresa for the final fight either).

The central riddle for Tower of Bias rests on its Clockwork Key mechanic, which will remove some blocks while introducing new obstacles. After clearing the tutorial floor (remember to claim the chest before you turn the key for the first time), there are two sets of keys on the second floor, with the second pair becoming accessible after beating the monster. 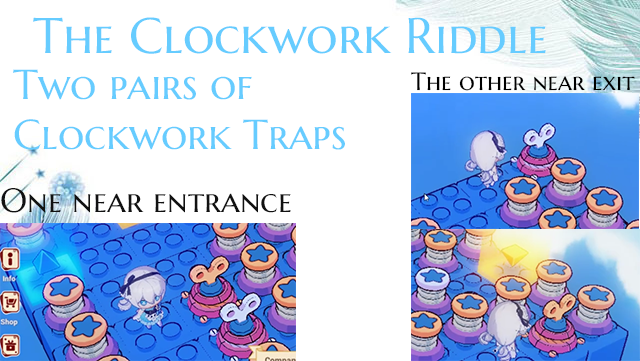 The sequence of key turning is as follows:

Do NOT touch the White key near the entrance as it will only introduce complications down the line.

In Tower of Truth, you have three options: 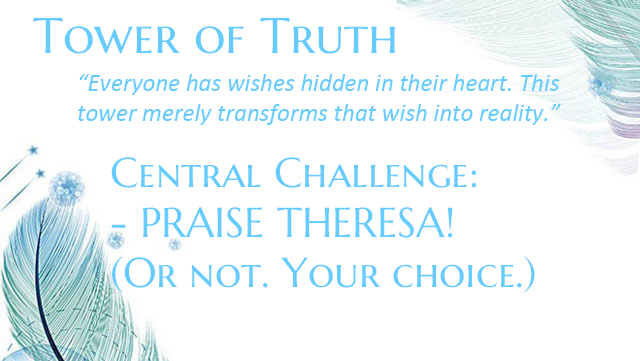 See you next time~