You've been captured by the queen's guard and your goal for now is to escape and reunite with your friends and head to the castle, this map has 4 companions, and 7 chests 3 of which are eastereggs that might come in use in future maps.

alright first thing's first you must defeat jizo mitama to get [Jizo mitama] this item will alow you to slice through the prison doors, as a bonus after defeating jizo you will get her as a companion. 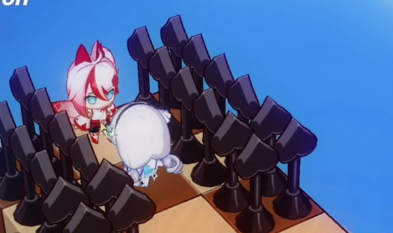 Chests are not hidden in this map so it won't be difficult to get all of the chests from this map, you will however encounter Ai-chan, a "nameless prisoner" a "red-haired warrior" and an easter egg. Ai-chan side quest requires a broken chip key which you can find from a chest in the left corner of the map 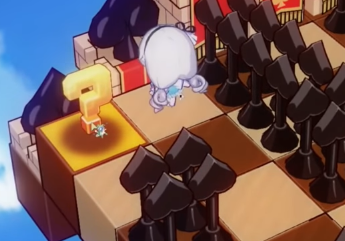 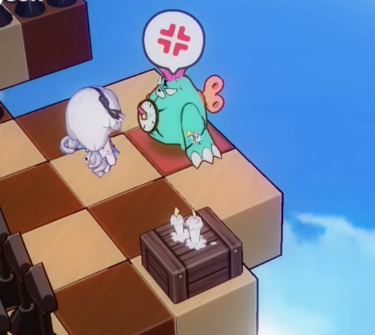 Clearing that side quest earns you "OP character", For the red-haired warrior you just need to beat her in battle. Nameless prisoner is a little trickier since you need to get an item drop from the 2nd map to unlock her.

As for the first easter egg its on the left side of where you first meet jizo, containing the item "No.1: NULL" 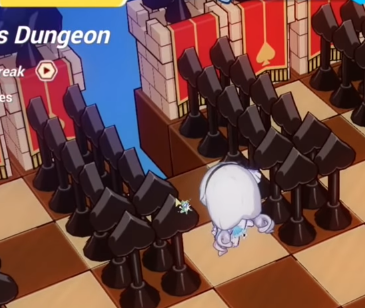 Nothing special in this map besides the fact you're reunited with fu hua and you get a medical kit from fighting the guard twice and collecting the chest reward, you can use the Medical Kit to recruit the nameless prisoner from the first map.

Also checking the road signs gets you the 2nd easter egg No.2 Glittering Bells.

One of the chests is a mimic, by fighting you get the 3rd and final easter egg.

Make sure you properly check every corner for chests before moving to the next map. and don't forget after getting the med kit head back to the nameless prisoner. 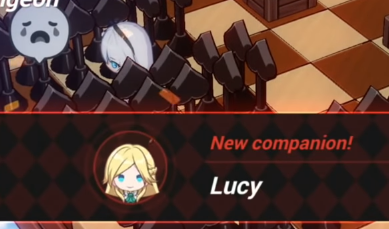 This is a rather annoying map to complete, not because of any hard fights but because of the 2 hidden chests that i'll point out the locations of. first you have to make it into the first show (the first show) viola's show.

with the help of 6s you get some tickets to bypass the guard but it turns out they're old tickets and you end up fighting the guard anyways, either way you make it into the show. upon entering finish the 2nd guard off to clear the path for the chest 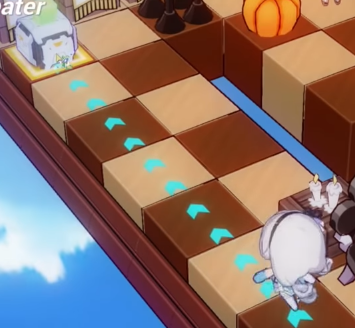 The chest is a mimic containing [Backstage Pass] thats lets you go through the Steel gates next to viola, exposing a hidden chest:

The 2nd hidden chest is in the top left corner and the 3rd is next to the 3 kiana clones (audience) standing around the little table: 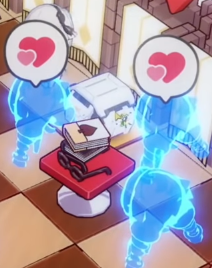 You get the 4th Easter egg from fighting the angry audience member: 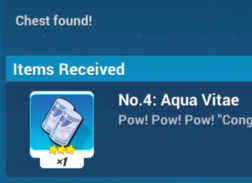 Defeating puppet viola earns you the make up room pass that'll later grant you access to where real viola is held captive: 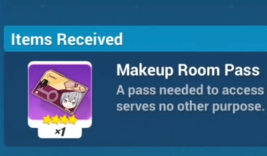 You start by fighting some guards, top left corner is where viola is held captive she'll join you as a companion without a fight: (Note:ignore her dialogue she's weird) while exploring the map you'll be ambushed by a mob sent by the narrator, the fight is easy so nothing to worry about. after that you want to interract with the angry kiana clone, that will trigger a fight after winning you get a chest, that chest is a ticket that unlocks the door for another chest(neat ain't it) 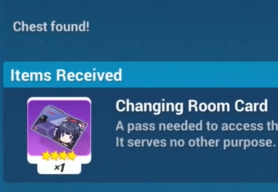 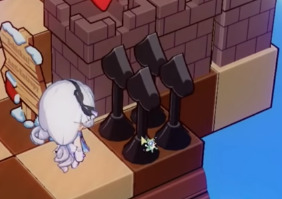 you're first met with 2 guards, defeating them unlocks the 2nd gate 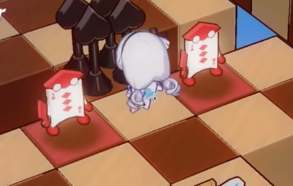 After defeating the guard you're met with himeko who doesnt really want to fight you but fu hua's an idiot and a spar needed to happen, the fight lasted 17 seconds so it wasnt that bad (you also get her as a companion). At first you get the obvious chests and next you unlock the portals leading you to the next 3 chests:

Portals are located on each side, for the first hidden chest interract with the middle clone on the left side: 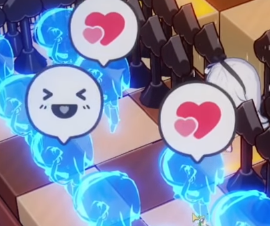 For the 2nd and 3rd chest, interract with the angry clone (5th easter egg) and collect the rewards from the chest next to it. Hopefully this was helpful.