This will be a short guide regarding what we as players can do to optimize GK's Herrscher charge regen, sp regen, survivability, and damage output. All the testing is done with a lv50 Celine Ascendant B stigmata which gives 20% attack speed. 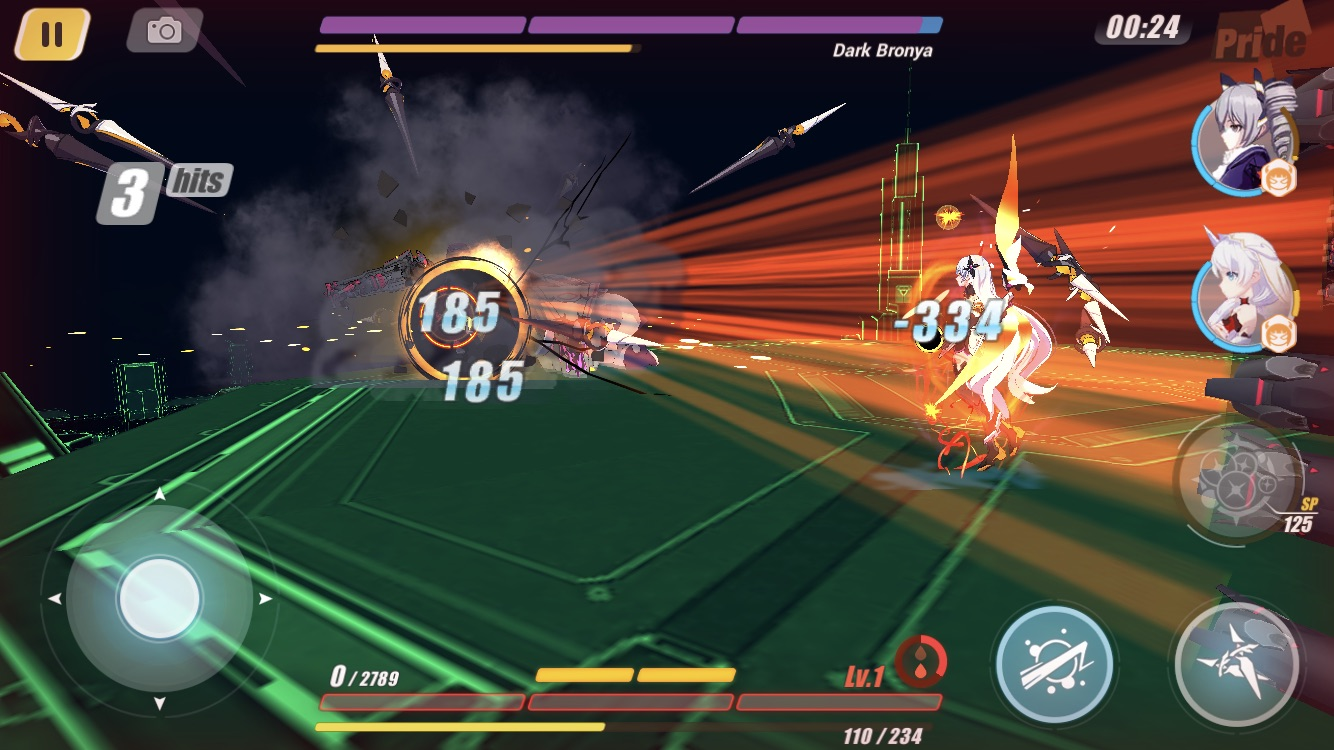 Dodging an attack can mean life or death, and as many of you may have noticed, GK's 5th attack gives way to a long backswing before she begins her 1st hit of her combo again. Here is a video showing that. In it, you can see in 56 hits, she gained 480 Herrscher charge and 41 sp in 14 seconds.

In the second video, I have used the dodge action to cancel the backswing of GK's 5th attacks. This is similar to how many players dodge after a Bronya's charged attack or SK's last hit of her many combos. In doing so, we gain survivability by increasing GK's mobility, which is important in Abyss where mobs often attack from multiple angles and the camera angles are often poor. The result is, GK gained 480 Herrscher charge 1 second quicker than without, at 13 seconds. This time would be ever more faster if GK performed an ultimate evasion which immediately chains to another 3rd combo. It should be noted that if your main goal is to gain Herrscher charge, you should perform 5 hits, ultimate evasion, then 3 more hits which will net you 300 charge the quickest. The video also show less hits and sp but that was plainly due to Wendy dodging an attack.

The last alternative is to dodge after the 3rd combo, as soon as the space core is summon. This means you are evading at quicker intervals, increasing your mobility. This is at a cost of slightly lower damage and less hit counts, slower Herrscher charge regen, and less sp, total time being 15 seconds.

I have also done numerous testing on whether dodging during Herrscher mode would increase damage. The result is negligible. Herrscher mode gives a much higher attack speed and movement speed bonus and removed the backswing you would see from the basic attack's 5th combo.

One thing I had not mentioned before is that the extra hits benefitted by performing all 5 combos of GK's basic attacks are consequential. Ekaterina M is one of the best and most commonly used stigmata by GK and requires 40 hits to take effect. Secondly, Celestial Hymn is a common team up to GK, and CH's skill Ablution of Light gives a 40.02% chance to recover 2 SP to her entire team when attacking with a hit count over 45. For these reasons, building and maintaining a high hit count is desired.

In conclusion, dodging is a very important mechanic to get into a habit of while using GK. In the abyss, when there are large numbers of mobs attacking from different angles, it might be wise to dodge after the 3rd combo to keep moving. This is a good choice when you are not in any particular hurry and simply waiting for the 3rd wave to spawn before you cc and nuke the three waves. In contrast, when you are in the middle of killing a boss or the last few elites left alive, mobility might be less important when you only need to avoid 1-2 mobs but how quickly you can be ready to go into herrscher mode again, or building back to 40 hits counter might be more important. For this, using all 5 combos in GK's attack will be the better choice.  GK is a valkyrie where little adjustments in playstyle can make a big difference in performance and hopefully this little guide helped those still new to the valkyrie