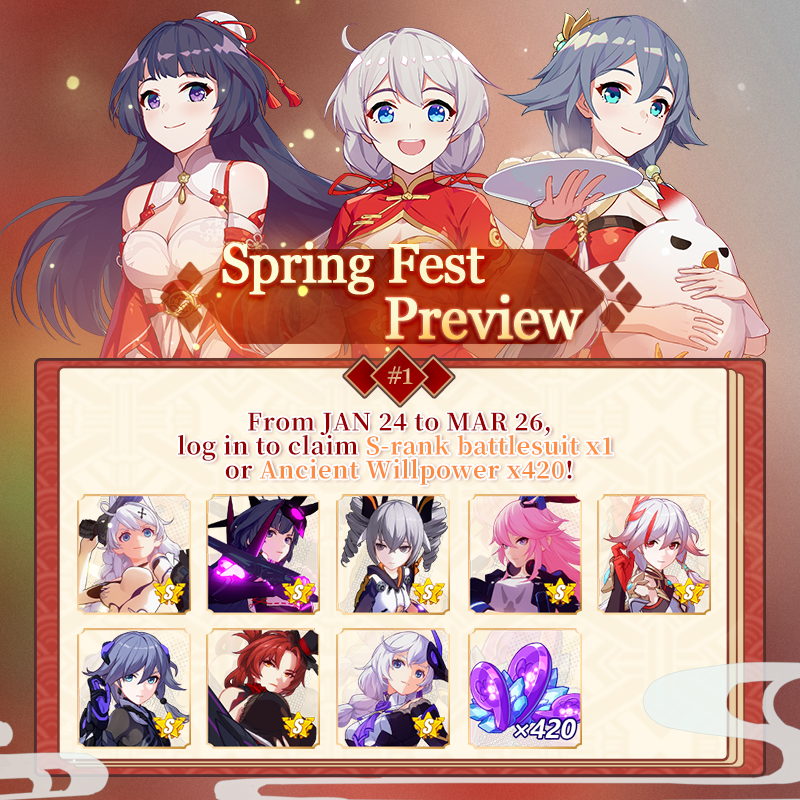 Coming in the Spring Fest event is one of the biggest gifts in Honkai history. From Jan 24 to Mar 26, all captains will be given one S-Rank Valkyrie of their choice, free of charge. Alternatively, players can choose to get 420 Ancient Willpower to spend in War Treasury.
In this article, We will provide recommendations for individual Valkyries, based on their performance in the game. But first, here are some information to keep in mind:

We would also want to give Shadow Knight (SK) a special mention, as she is the only Valkyrie that is not obtainable through Memorial Arena (MA). In Patch 3.7, SK will be available for a limited time in the War Treasury for 7 weeks, at 14 Ancient Willpower per frag, limited to 12 frags per week. This means you need to spend up to 168 Ancient Willpower each week, meaning it is important to have willpower saved up prior to patch 3.7. It also means that during this version, you can only collect 84 fragments, which is just enough to unlock SK but not enough to rank her up, without additional sources of fragments.

Speaking of which, also coming in 3.7 is a spending event, that will allow you to exchange for S rank fragments of your choosing. The exchange ratio is approximately 500 crystals spent for 1 free S rank fragment. All of this information should be considered when making your decision.

Finally, to sum it all up, we have prepared two infographics of our recommended picks for both beginners and experienced players. Feel free to make your decision based on them, or keep reading on for more in-depth information on why we made these recommendations, as well as why some Valkyrie did not make the list. Be warned, past these infographics will be a wall of text. 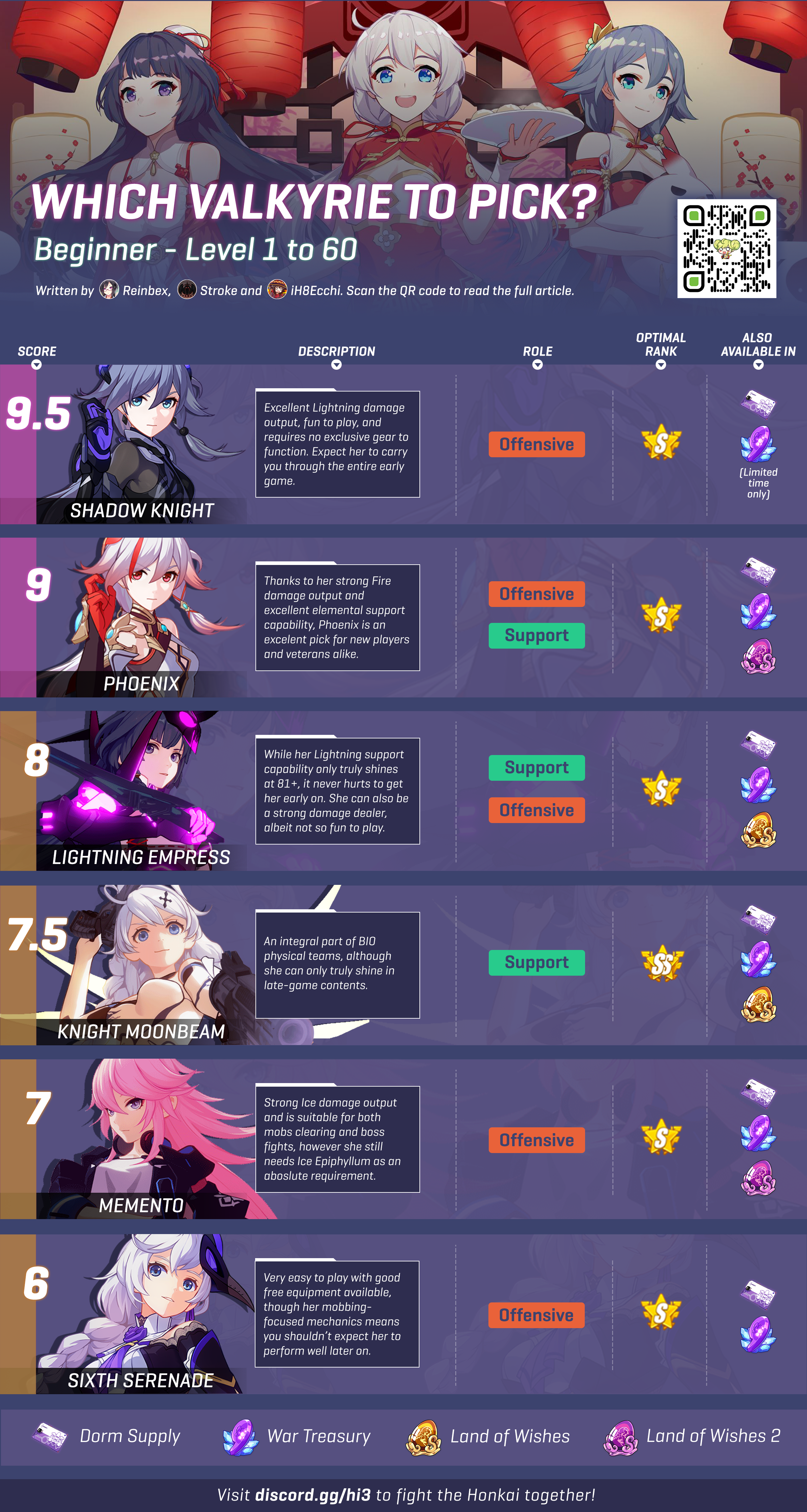 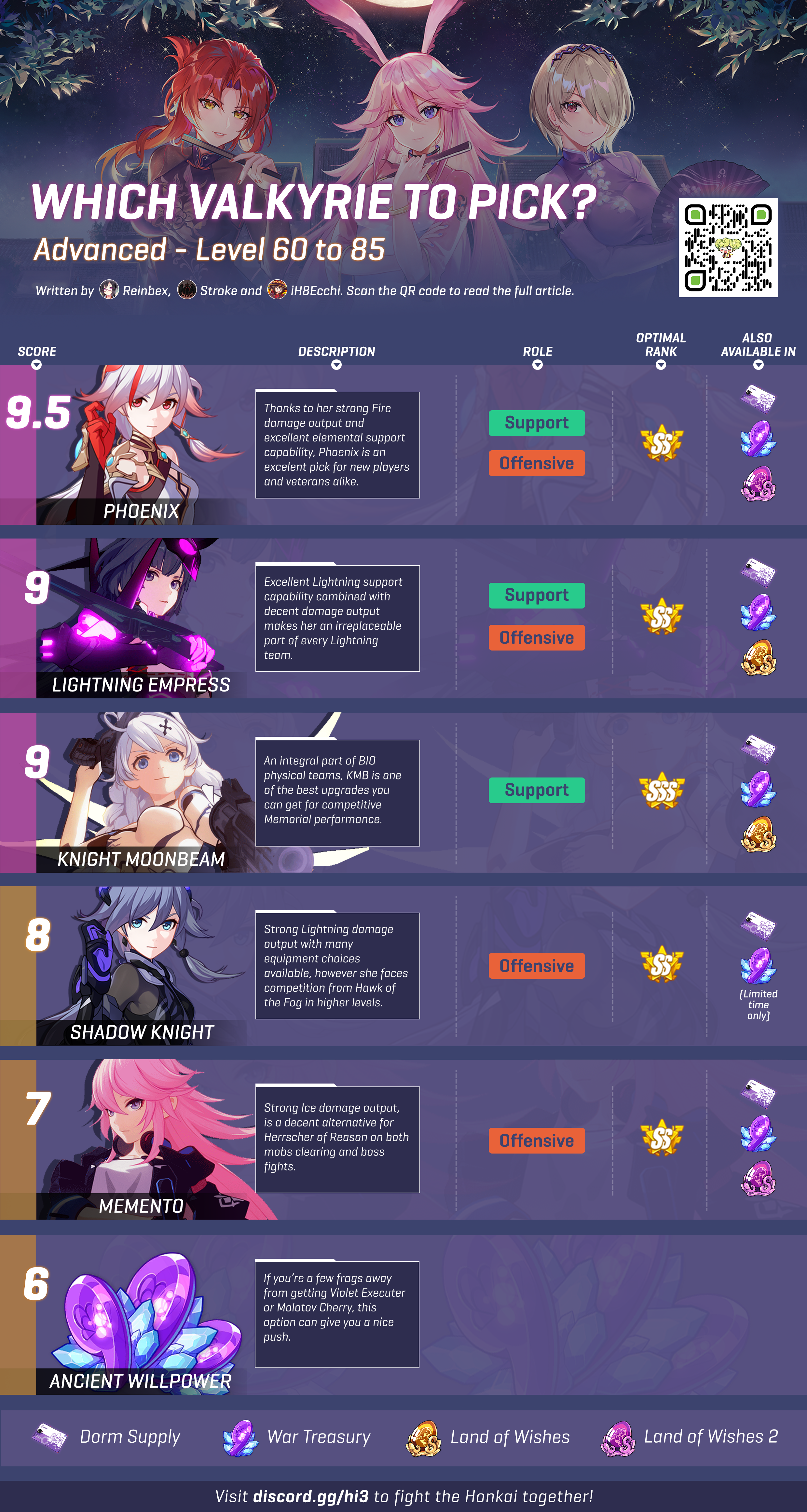 There should be three factors in making your decision:

There is no "perfect" choice for everyone. Many players will have different preference, progression, and experience in the game. However, the following list of all the rewards featured in the event is put into descending order of priority in a very general perspective. 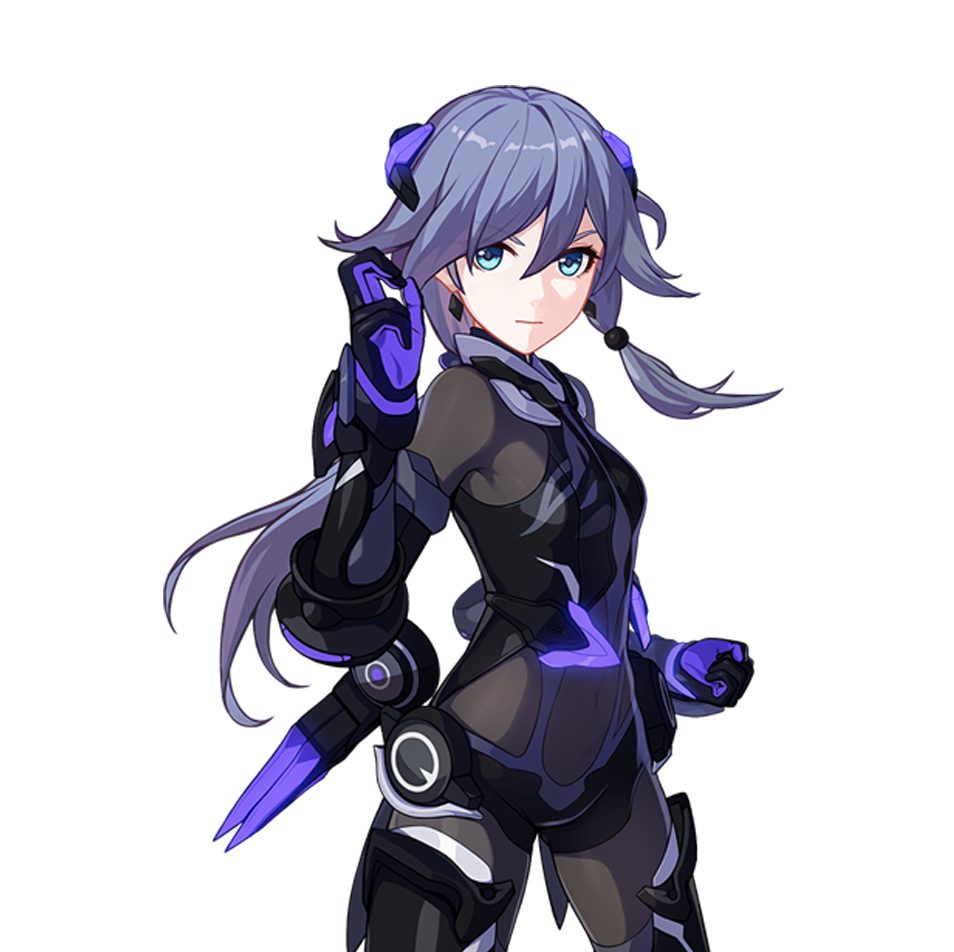 S: SK is an awkward valkyrie. She has a great leader skill that increases her team's Elemental DMG by a good amount and also provides SP to non-Kiana/Mei/Bronya valkyries. This means that unfortunately, she's not to be leading the elemental valkyries LE and HoR in most scenarios. Due to the meta, she's fallen behind in terms of DMG and sustainability. Even with Nuada's Revenge, her HF battlesuit outshines her SK battlesuit more in terms of the wielder. She can still be used as a niche support for Elemental teams in Memorial Arena, but she's no longer necessary for Vermillion Knight (VK) to be useful. VK's updated leader skill promotes Fire DMG and with the Might of An-Utu, she also gains 30 initial SP.
SS: Although in v3.7 that Captains will be able to farm 84 SK fragments, it is extremely unlikely that you will have enough to rank SK up to SS/SSS rank. Even if you have SK prior to this such that you will be able to rope in a total of 102 fragments (enough to rank her up to SS) by the end of v3.7, it's not advised to do so. As mentioned before, she lacks the DMG (and mobility) to be viable enough in today's meta. So just do not bother ranking her up to SS rank.

She is very cost effective; not being a permanent member of MA's shop makes her fragments more costly than others. However, from a competitive standpoint, SK is no longer the meta-defining juggernaut she was a little more than a year ago. If you already strong teams, or do not greatly enjoy SK's playstyle, you are not recommended to pick SK. 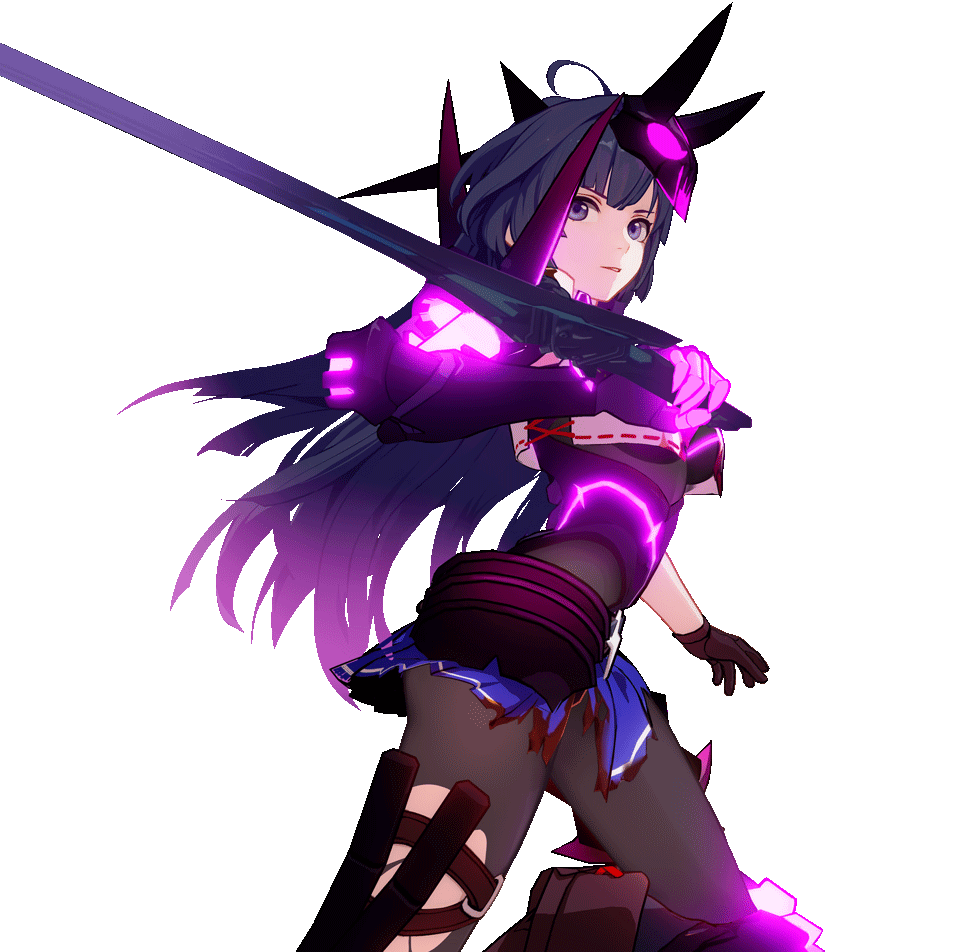 S: At S rank, she isn't able to do much other than provide SP and DMG bonus from her leadership skill. She can however, utilize the Mag-Typhoon to provide conductivity. The release of Hawk of the Fog (HF), a top tier DPS in today's meta, outshines LE and Valkyrie Pledge (VP) in PSY Lightning DMG.
SS: LE can finally be a proper DPS now, but as said before, HF's huge presence in the meta puts LE back into being a support.
SSS: Is there any reason to continue ranking LE up? Yes, but only for those can want every advantage possible in EX-Memorial Arena. Having more SP and Total DMG Multiplier bonus something competitive players should seek for.

For costs, LE and KMB cost more than your average S rank in MA, varying from 12-18 willpower. IF BOTH are not unlocked AND you have not completed Land of Wishes 1 (LoW1) yet, LE is the best choice for this event. This will leaves KMB unlocked with LoW1. Both LE and KMB are very strong competitive support valkyries in MA and occasionally used as damage dealers. However, LoW1 gives 30 frags in addition to a character card, making it more valuable for KMB, who has a very strong skill at SSS rank. 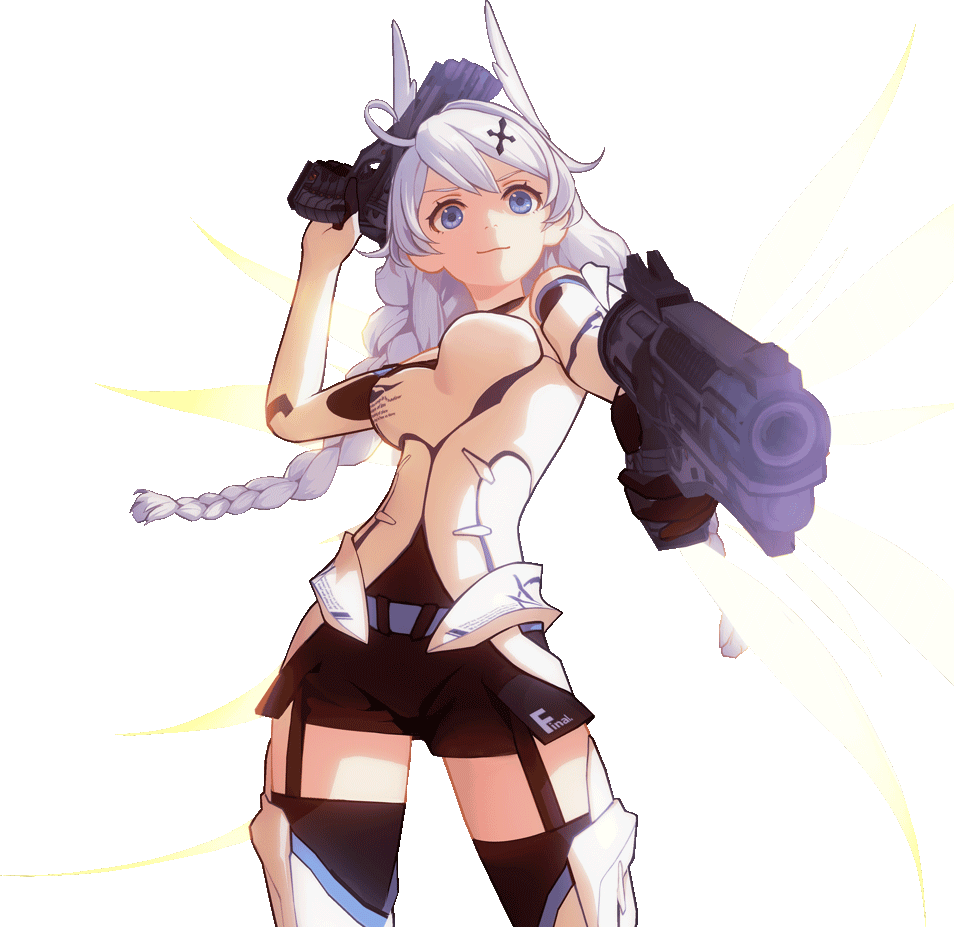 S: Has an amazing leader skill that gets better as her ranks go up. She also has a strong evasion skill which enables her to invoke time fracture on-demand. To be able to cause time fracture gives herself the position of an amazing support already.
SS: Enables Herrscher of the Void (GK) to utilize her ss-rank locked shared skill. GK herself is still a top tier valkyrie but really needs this shared skill to be viable.
SSS: This is when KMB can finally be viable. She gets two evasion charges at a much shorter cooldown. This enables her to be either a good DPS with the Positron Blasters or a top tier support. You want an SSS rank KMB nowadays anyway.

It is much more preferable to unlock KMB with LoW1, however, for those who do not have LoW1 anymore, unlocking KMB with the event is your next best option. As stated before, KMB fragments costs slightly more than other farmable non-awaken valkyries, and is recommended to rank to SSS, making KMB an overall very desired choice. 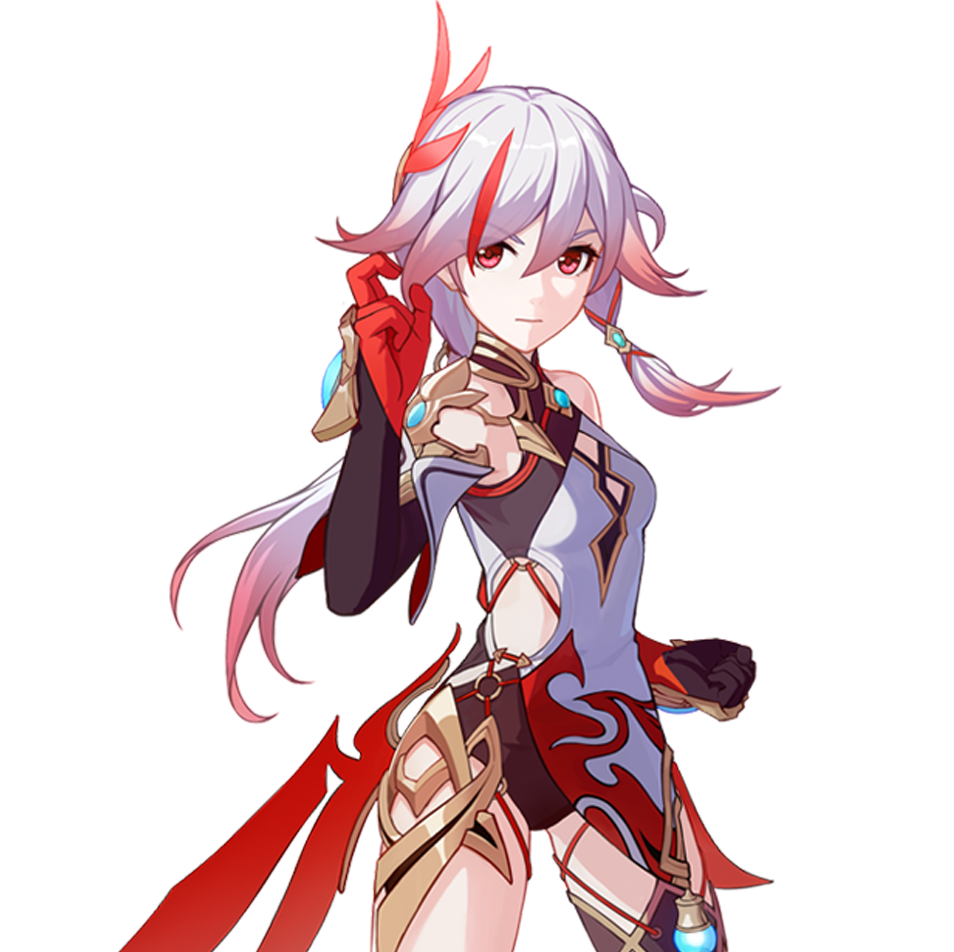 S: Phoenix isn't really a strong DPS. She has a leader skill that enables Blood Rose, and she also has a skill that strengthens her team's Elemental DMG somewhat.
SS: This is the desired rank for Phoenix. She has two skills that she can max out. One buffs her team's Elemental DMG and the other debuffs the enemies into taking more Elemental DMG. Because Elemental Valkyries of all types and elements have more of a role in today's meta, SS-rank Phoenix is a must-have. Do keep in mind that she will be getting an awakened form in v3.7. Following the previous trends, she's likely to have a shared skill at SS-rank as well.

Phx should only be chosen if you have secured both LE and KMB. This is because Phx is accessible through Land of Wishes 2 (LoW2). However, Phx is also a very strong and gear independent elemental support, so with valkyries such as LE and KMB already unlocked, unlocking Phx should be your next priority. Phx is also a very high priority candidate for SS rank, making Phx the top pick for captains with all other valkyries unlocked. 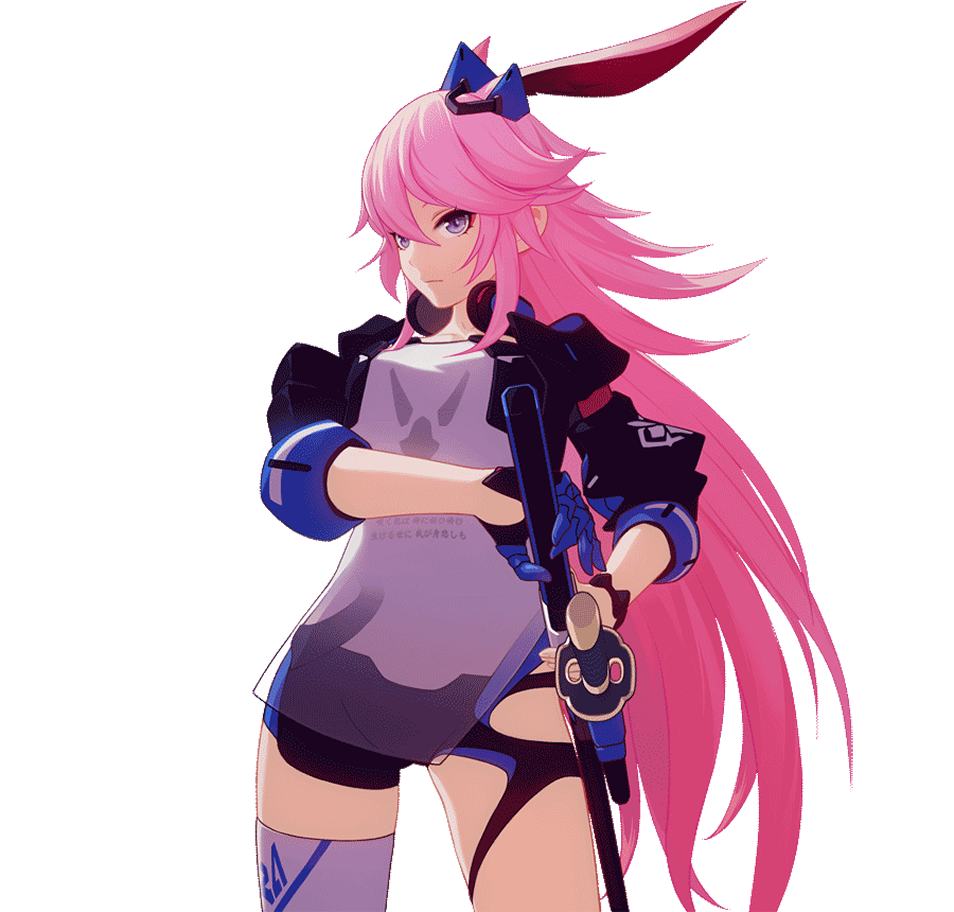 S: With Frozen Naraka, Meme is finally viable again in today's meta. She makes for a good substitute for HoR. However, at only S-rank, her KE meter builds up slowly, so do not expect any easy high scores from her.
SS: This is the desired rank for Meme because she is able to generate KE Meter while she isn't out in the fight. In addition, using her ultimate, grants her even more KE to continue using her Combo Attacks more often.

Having received a substantial facelift in 3.4, Memento is now a viable alternate to Herrscher of Reason (HoR), for both mobs clearing and boss fights. New players can also benefit from Meme to a good extent, although she needs Ice Epiphyllum or even Frozen Naraka to fully function. This makes Meme a great choice to unlock, provided you already have LE, KMB, and Phx. 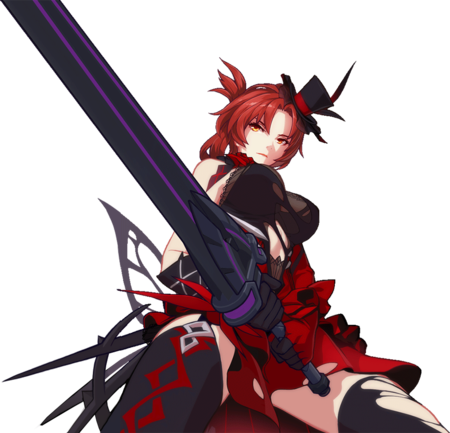 S: BR is a lot like Meme today. She's a niche DPS that works well but only in specific situations. BR has risen back to being viable since summer 2019's introduction of Thales and Surtr. She can do plenty of DMG depending on the stage and enemies. And just like Meme, she cannot do well for long periods of time at only S-rank. She relies heavily on ELF JingWei's Wings and/or Divine Prayer for heals after using her own ultimate, assuming there aren't any health packs.
SS: This is the desired rank for BR. She gains access to a slight health recovery after she finishes ulting. This allows the player to cycle between valks without needing to worry too much about BR's hp too often. In addition, she gains access to an additional DMG-boosting skill and more igniting. At SS-rank, BR can output plenty of DMG for longer periods of time.

What was said of Meme applies for BR. It will mostly come down to which you enjoy playing more, and which you have gear for, as both are quite gear dependent. 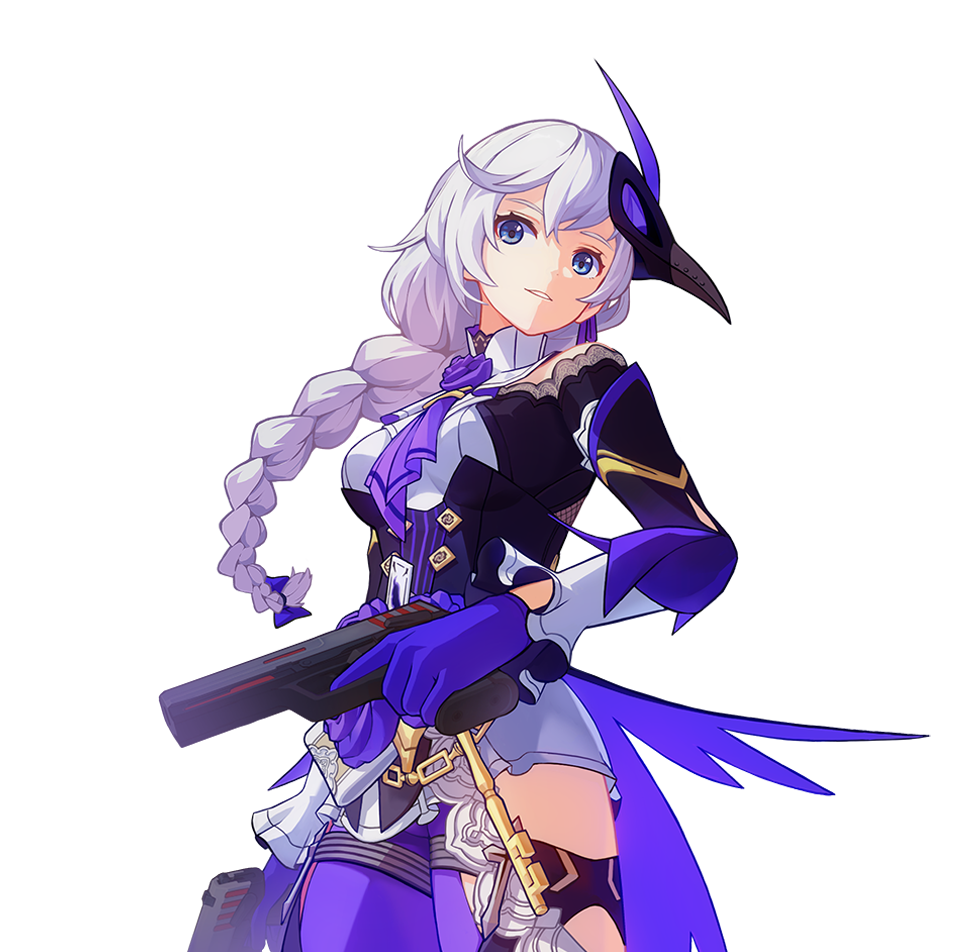 S: 6S has unfortunately been out of the loop for a long time. While she is fun to play with. She's only a niche DPS. She lacks enough DMG to do anything too impactful outside of Agony Tier. She's just only good for fights that have more than one enemy, so only when facing MA's Legion of Padrinos would 6S be a suitable option.
SS: This is 6S's desired rank. She is able to gain SP much faster and she gains 50% more elemental DMG during her ult. But even at SS-rank, she's still only considered in Red Lotus Dirac Sea/ Q-Singularis when the weather buffs her DMG. Outside of that, not many situations where 6S would be called upon increases. However, as mentioned before, v3.7 will be releasing a PRI-ARM Tranquil Arias. Perhaps with the introduction of this weapon, her place in the meta will improve. Only time will tell...

Both 6S and, the following valkyrie, DB should be only chosen for collection purposes. In any practical scenario at the moment, it is better to unlock or rank up any other valkyrie listed. 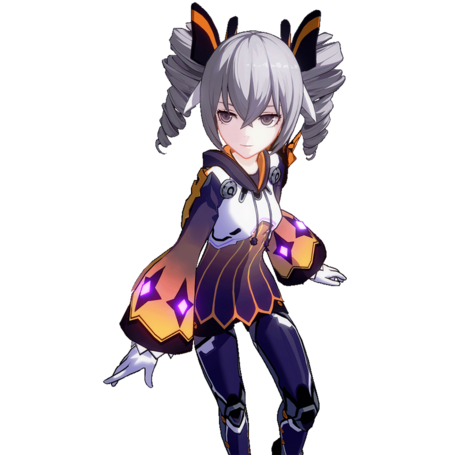 S: There really isn't much for DB to do nowadays. Apart from her alright leader skill, she can invoke a small aoe time lock to a target(s) whenever she switches in. She's not really recommended to be a choice at all.
SS: This is value in having an SS-Rank DB however. Herrscher of Reason (HoR) has a SS-Rank locked shared skill that unlocks when DB reaches SS-rank. Because HoR is a top-tier valkyrie, having her SS-ranked shared skill unlock is much to be desired.

It is not worth getting this option. Its only 2 upsides are: to be able to get various different fragments from war treasury at the same times and to be able to farm specific valkyrie(s) frags that aren't in the gift such as Violet Executer (augmented as Twilight Paladin)and Molotov Cherry. Outside of that, 420 Willpowers cannot be spent quickly due to the spending limitations per valkyrie fragments per week.