4.6 Spending Event is here! This is a good time to pull because you get bonus S-rank frags by pulling gacha! This guide will help you to choose the best valkyrie, gear, or ELF to pull. This is the text version of this video, which was made for SEA server; the only difference is Global has the new Columbus stigma. You can watch this video or keep reading the article. I added some new details~

These are all the valkyries available during Spending event (that we know so far). Most of them are top tier valkyries, but let's start with the one you should avoid to gacha.

These are not particularly terrible battlesuits, but they are not priorites AND THEY CAN BE ACQUIRED FOR FREE

1. HERRCHER OF THE VOID: You get free HoV in 4.6 2. SHADOW KNIGHT: Free from another S-rank egg. New players can get this egg from Starter Mission. 3. FALLEN ROSEMARY: Farmable in War Treasury.  Also she's a lategame support. You won't find much use for her early on.

These three valks have a few things in common -  1.  Just need their weapons, has other stigma options  2. Covers a lot of bosses and the hardest ones. 3. Gets acceptable score with budget supports

Herrscher of Thunder (PSY Lightning) specialties: 1. Covers the hardest Mech enemies such as Abyss BK, Abyss Tonatiuh and dominates a lot of other bosses. 2. However, 4.6 is HoS arrival patch, which means there will be a lot of physical weathers/enemies to promote HoS. HoT might not be as useful for a while. 3. Rides a dragon

Herrscher of Reason (MECH Ice) specialties: 1. The only truly good ice valk in the game 2. HoR makes easy work of Huodou - one of the two-phase bosses in the game.  In 4.5, there is a lot of Huodou, so having HoR is a big advantage. 3. Covers whatever HoT can't kill, such as HoV. 4. Rides a bike illegally

Herrscher of Sentience (BIO Physical) specialties: 1.The top Physical BIO DPS at the moment. She might lose to Stygian Nymph in Arena, but she is the undisputed winner in Abyss. 2. She also doubles as top physical support on enemies she can't kill (eg Shadow Knight), replacing Celestial Hymn with a lot more tools at her disposal. 3. She's a new valk, which means there will be a lot of physical/psy/etc enemies to promote HoS. 4. Rides a sword.

Dea Anchora (BIO Fire) is very powerful, and she is the only answer to the Herrscher of Rimestar boss. However, on top of her lance, she might need a bit more support to work. She is the easiest valk to play and the prettiest. If you like Durandal, just pull her!

Stygian Nymph (QUA Physical) with full gear is strong but FT + HoS cover almost all bosses already. In 4.6, there's supposed to be a Couatl Arena boss, which requires SN for top score. Perhaps there might even be a double Quantum bosses. Wow!

Bright Knight (MECH Physical) specialty: 1. BK's real strength is in Abyss. A full gear BK can easily solo redlotus content, also gets top score vs Jizo and Jixuanyuan. 2. However, BK doesn't score as high as other valks in Arena due to high SP requirement. This is one of the reasons she's not at the top priority list 3. Maybe her PRI-ARM will save her. But until then...     If you like Durandal, just pull her btw

Azure Empyrea (PSY Elemental Support) specialty: 1. AE is the best elemental support in the game. She provides the unique Elemental Penetration, gives sp recovery and gathers enemies. 2. I don't recommend you to pull AE until you have a few good elemental DPS such as Herrscher of Thunder. 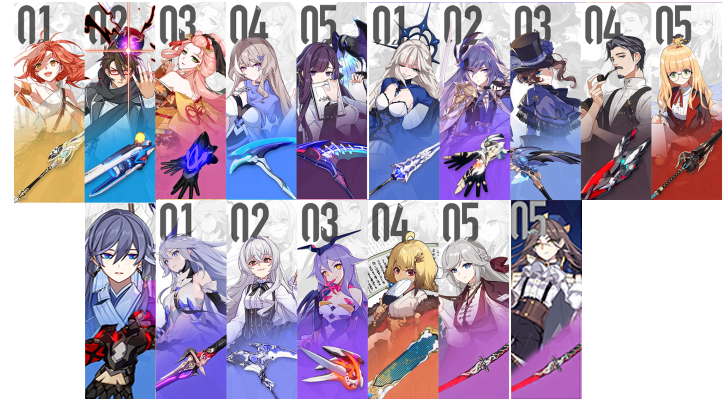 Now, Equipment time! Which gears you have to pull, consider to pull, and avoid as UP-rate 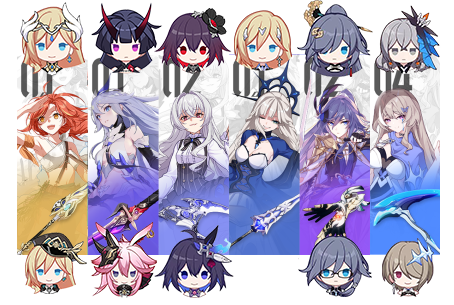 These are signature gears of top valkyries. You should only pull the gears of the valks that you own. 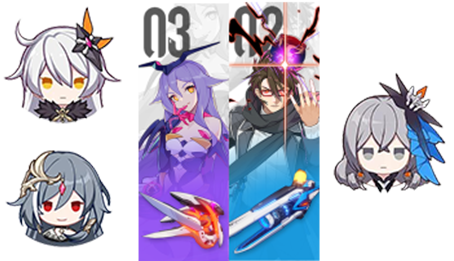 1. You get free Keys of the Void in v4.6
2. Key of Reason can be bought from Battle Pass v4.6-4.9
3. Sirin Ascendant stigma can be acquired from Exchange House, Dorm, and 4.6-4.9 Battle Pass
4. You don't have to pull Welt for Herrscher of Reason.Just forge or pull Ana. It's much better for her!

1. HoS only really need Keys of Oblivion from this supply.
2. Her signature stigma Shattered Swords can act as both dps and support, but not the best gears for her.
3. As DPS, her best set is SirinAscT DiracMB (Abyss / Burst Mode), or SchrodingerT ShuijingMB (Arena / Rotation).
4. As support, GluttonyT MeiBeachM NewtonB is really good on HoS. Shattered Swords is still better in Abyss or against multiple enemies.

2. Zither's Lament can be used by Starlit Astrologos and Celestial Hymn (Arena).

◆PICK ONE FOR FERVENT TEMPO◆

Besides Shuijing, Kafka and Dickens are some of the best stigma for Fervent Tempo, but pulling all of them is a waste. So choose one.

The weapons are a bonus

◆AVOID THESE... NOT BECAUSE THEY'RE BAD◆

Goemon and Leeuwenhoek are universal lightning and fire stigma. The reason why I don't recommend pulling them is...

New players should prioritize DPS stigma over these two support sets. Vets may consider to get them to one-up your support game.

Columbus is the replacement the stigma [Children], made for the collab-exclusive valk - Asuka's [BLAZING HOPE]. You should avoid this because it's only good for Asuka and vs single enemy. 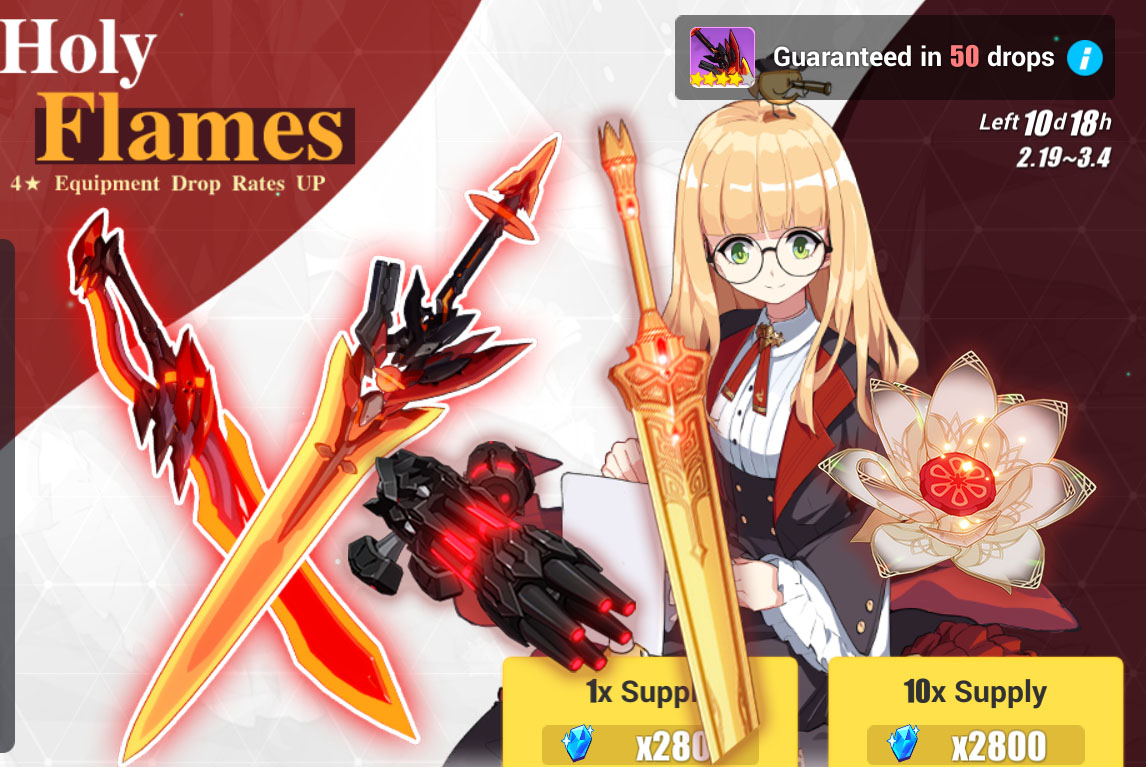 1. An-Utu is the best weapon for Vermillion Knight, Surtr is the best weapon for Blood Rose.
2. Leeuwenhoek is all-purpose fire dps set.
3. As mentioned before, why not pull DA and her gears instead?
4. The rest of the up-rate: Xuanyuan Sword, Vulkan, Book of Fuxi and Fenghuang Down aren't useful, but veterans can consider pulling them for the permanent global +10 ATK (except Vulkan) 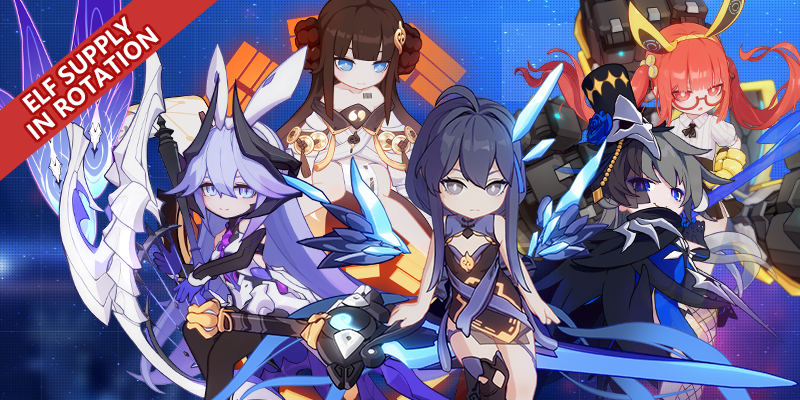 1. New players SHOULD NOT pull Elf supply. They are the very last priority in the game.
2. But if you still want to pull one, either get

3. The new Water's Edge is an ice support ELF that can gather enemy. Currently, Selune is overall better than Water's Edge, but who knows if she'll be useful in the future.

That's it for 4.6 Spending Event Gacha Pull Guide. If you find this useful, or have any feedback, please let me know in the comments on my Youtube channel.