If you haven't checked the v3.3 Explanations, I suggest you do it first, I put most of the greetings and welcoming jokes there
If you came here from that guide there, congratulations! You've earned it.

Let's not delay it any longer and welcome the all new : 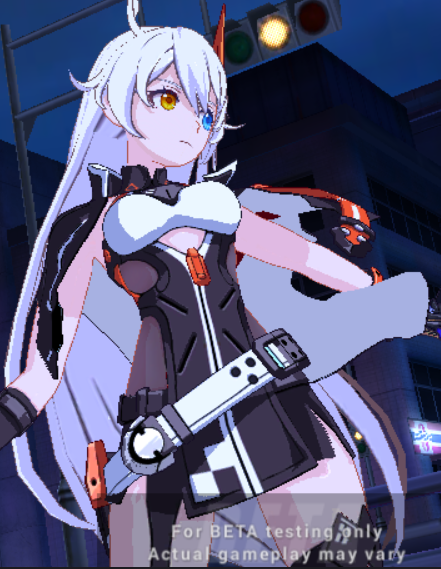 I never know this tuna can be so.. Alluring

Here we are at last, the new Augment Core for [Valkyrie Ranger], the once thought dead support is now more than alive once more.

Like all Augmented valkyrjas, you need both Smelted Core and battlesuit core to advance in augment rank, [Valkyrie Ranger]'s core is named Epiphanion.

There will be many ways to acquire Epiphanion besides events, such as Gold Pins and Asterites, since the event will not give you enough Epiphanion to advance to 6th rank. You will need 267 Epiphanion and 20 Smelted Cores in total.
You also get her costume for free at 4th rank, like usual.
The 6th rank will also need SSS rank Ranger, so all the while you farm for epiphanions, farm her fragment as well

Also as usual to my guides, I will only explain the passives that are important.
Let's explain her basic gameplay.

Start off with her basic attack, she has a 7-hit combo with her 4-tap basic atk. Her last tap will create an “Enerstrom” with a 10s cd. Enemies hit by her 4th tap or pulled by Enerstrom will be debuffed by Voidmark for 12s

No, the Enerstrom does not inflict damage 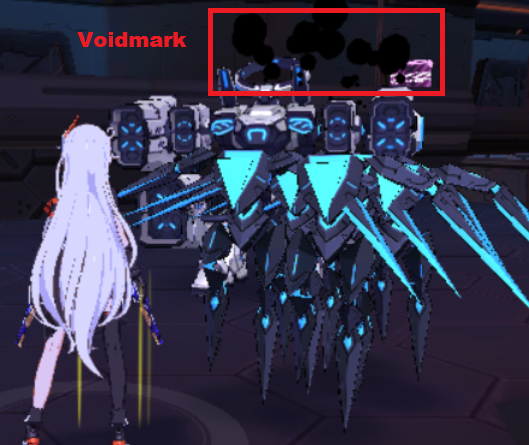 Tap and hold her basic atk button anytime and you will start swinging the void lance in a 4-hit combo and deal 800% total damage each sequence, this counts as Combo Attack and will benefit from stigma bonuses to Combo Atks.

The first hit will not dash you toward the enemy, and it deals 200% physical damage, so you better hug them first. On a positive note, the lance's reach is pretty wide, you can catch enemies right behind you, and its 4th hit has a good range as well. Any subsequent basic atk taps will make her keep using combo attack.

If the enemies have Voidmark debuff, the 4th hit will do another 120% physical atk (920% total dmg) and inflict 3s time lock to debuffed enemies. This has no cooldown, so you can continuously inflict time locks.

Or can you ?
Notice the bar increases every time she swings the lance, it's called Herrscher Charge, you gain half the bar for each full sequence of combo atk.

Filling up the bar will make you enter Inner Turmoil state, where you stun yourself and an area around you for 3s, this stun is so powerful it can even stun some bosses in certain conditions.
But, you actually stun yourself for more than 3s,  because after the stun ends, you are locked in a “recovery” animation, making you vulnerable to attacks for a bit more time, and elite shield makes it worse.

Her team skill is the same as Ranger, if you asked

But in a very rare event, you can evade out of the stun, this might be a bug that has been fixed, though, so don't do that.

Credits for discord user babyworm for finding this

After entering Inner Turmoil, Herrscher Charge will rapidly decrease and you will regain stature once one bar is depleted, at this time, you cannot use combo attacks until the bar is completely depleted. While stunned, you can instantly switch to another valkyrja to prevent taking the full duration stun.

If you're making [Void Drifter] as your main DPS, however, you must be careful of her Herrscher Charge to avoid unwanted stuns.
Herrscher Charge has a maximum value of 600, every tap of combo attack increases it by 100, and it will not decrease over time.
There are 4 ways of decreasing Herrscher Charge:

You can do ultimate or switch out while you are stunned. However, be aware that your stun can also interrupt your ultimate if you use it at the same time, hence, you won't do any damage.

Credit to discord user vetestro for finding this

So how do you make the most out of [Void Drifter] ?
This brings us to the next part, Team Gameplay and Equipments

This will usually make me explain all valkyrjas that are viable, but it will create a long, unfriendly wall of text.
Also, I did mention before that most valkyrjas will welcome her due to her Enerstrom, and she can support both elemental and physical team.
So, I will take one point off the cores, her QTE

Her QTE condition is impair, luckily, there aren't that many valkyrja who can inflict impair,  aside from weapon skills.

These are valkyrjas that can inflict impair, with the most powerful being Divine Prayer (80% impair) and Celestial Hymn (75% impair). But of course, you can't put Sin Hunter and [Void Drifter] in the same team.

Interestingly, Weaken also triggers her QTE, this extends the availability of her QTE friends with:

And finally, [Void Drifter]'s QTE triggers a global time fracture, heavy damage to shield, and float (if enemy is shieldless), making so many team possibilities.

Then, the final part is what do you want your [Void Drifter] to be?

There are 3 roles of a valkyrja in a team, Main DPS, Secondary DPS, Support.
By choosing what do you want her to be, the team assignment and equipment will be different.

But for me, I fit her into the role of secondary DPS, and therefore placed her with [Celestial Hymn]
And of course, in this age, you can't just say [Celestial Hymn] without mentioning… 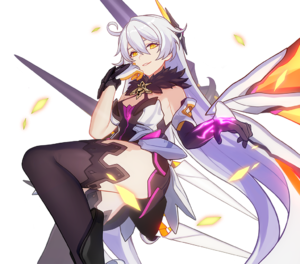 But not everyone has the Queen nor Celestial Hymn, yes
Aside from the [HoV - CH - VD] team, there are some other party buildups,
second thing to be considered is Leader Skill.

[Void Drifter]'s leader skill is +25% movement speed and +14% atk speed for mech valkyrjas, which is bad compared to another leader skills, so making her a team leader is out of the question.
She is a physical damage dealer, though, and her kit is specialized in dealing with Criticals.

So critical-based party is more viable for her if she is to deal damage, and there's only a small number of valkyrjas' leader skills that give critical rate or damage.

Although, again, HoV, Yamabuki, and Wolf's Dawn are more viable because they can also trigger [Void Drifter]'s QTE as well.

Also, when I say more viable, it doesn't mean other teams are not viable.
You can still do physical damage team, full mech team, or even make her a support in an elemental team, [Void Drifter] is a versatile support and a capable secondary DPS.

[Void Drifter]'s Equipment also becomes versatile because she doesn't have a switch-in skill, so her only way to attack when switching in is her QTE, with that said:

As for the Stigmas:

I personally prefer the Arias - Michel - Planck - Michel, or Arias - Jingwei - Planck - Lier for bossing, but try and mixmatch it, I put everything you need, even QTE weapons.
Let your playstyle do the rest, since people have different tastes and playstyles.

Remember what she did,
She was the traitor who couldn't save anyone's life
But,
What if she is the only savior in this disaster ?