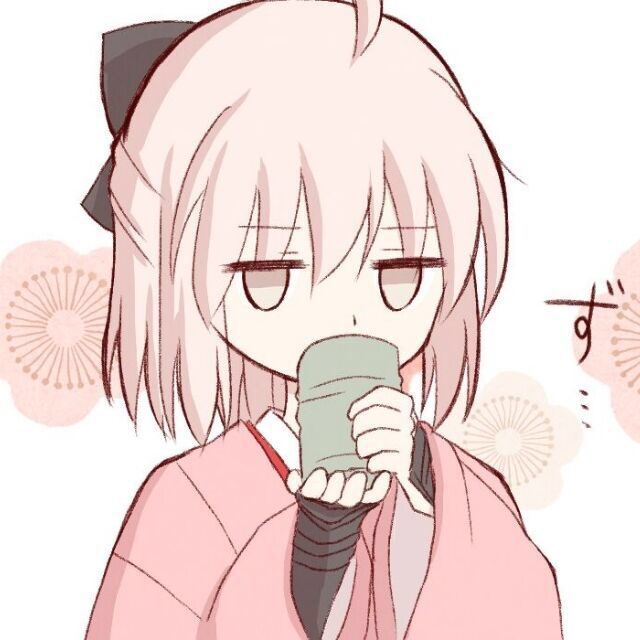 Welcome to this guide, here we'll be talking about Global Server's patch v4.3. In which we're getting a new augment core, new (very strong) Pri Arms, new farmable stuff in bounty, a free Rozaliya character card and a lot more.

*Note that this is not 100% accurate, this is just some personal recommendations and advices, for questions or more information you can ask to Top players or acient captains through Hi3's official discord

Fervent Tempo is the new Augment Core that we're getting in this new patch. She's a very very (VERY) strong physical dps at 5* core , with just her BiS weapon and some f2p stigmas, she can melt almost any Exalted phys boss (like Kallen, SK, etc.). This makes her very f2p friendly, MC fragments are already farmable in War Treasury, the augment cores will be as rewards in different events and in the Asterite shop for 600 asterites per core, also there will be a free MC character card as login reward in v4.3, according to CN server, we'll be able to choose one from: MC character card, 160 FT cores and 600 acient willpowers. 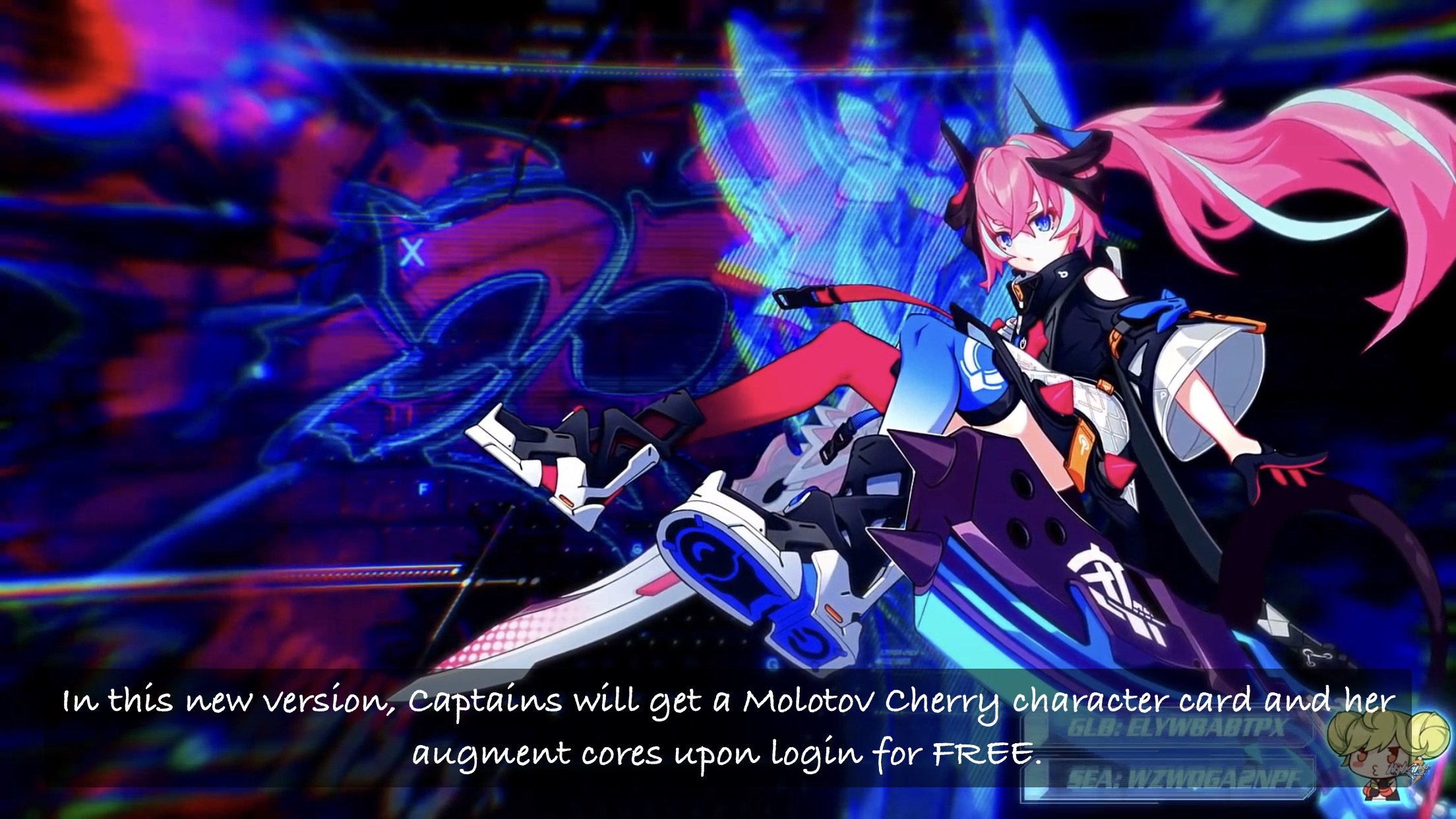 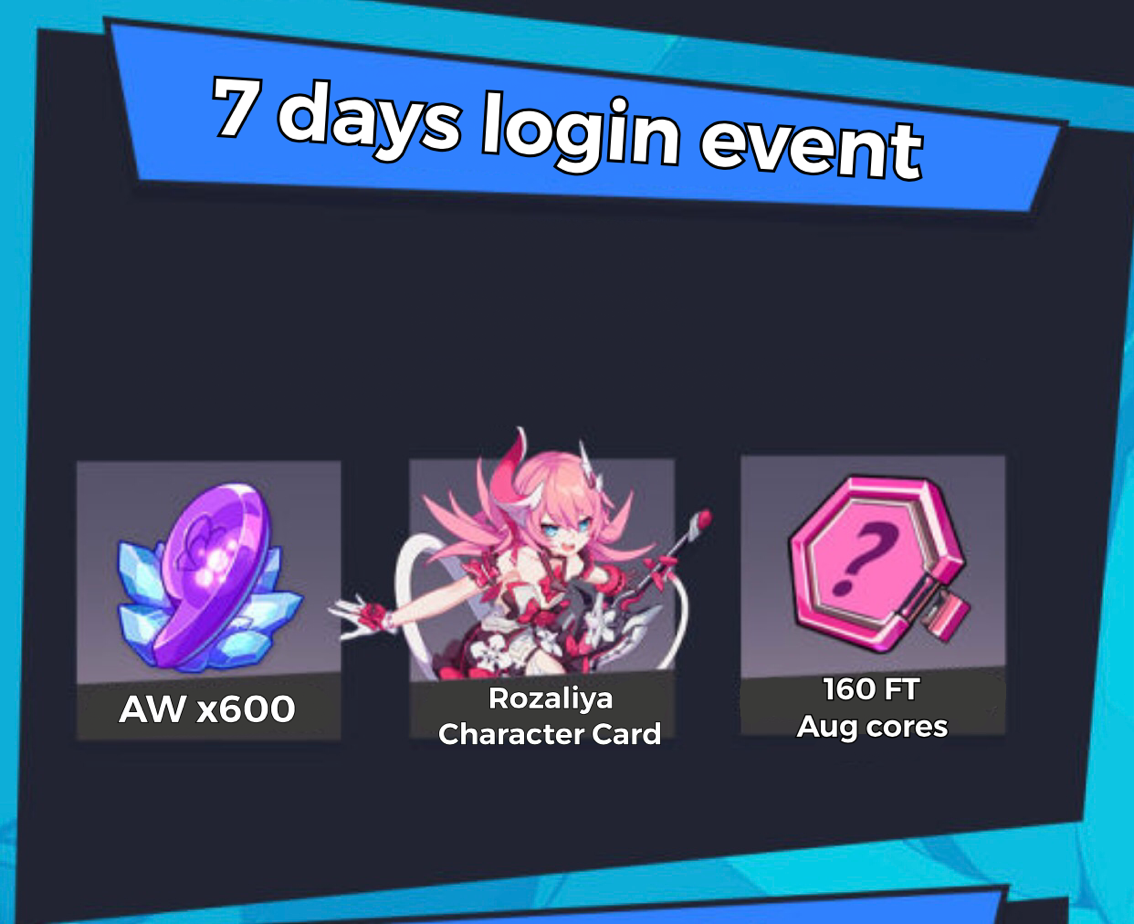 About what to choose:

About her gear, try to get neither Swan Lake or Sleeping Beauty for her Pri Arm: Sleeper's Dream, which literally gives you an "active retaliation". About her stigmas, Dickens set is pretty mediocre; Kafka TM, Mich/lier B has better and higher damage output, and for f2p: Jingwei T, Marco M, Lier B if you have hands and can evade any incoming damage; Mich TB, Fuhua Knight M if you can't.

And remember to give her some nice headpats, she deserves it.

Tesla Zero is very strong, but her main support and unique skills such like trauma charge, physical vulnerability, etc. are unlocked at 3 stars or above. So unless you can afford to get her to 3 stars I wouldn't recommend getting her.

Remember that elfs are not high priority in general, to improve your teams you should forcus first on equipment than on elfs, I'm not saying that you shouldn't get gacha elfs, but rather the opposite, elfs can be very useful to save your hair or for some specified strategies, but you shoeld prioritize getting a solid team with geared supports and dps over a gacha elf. 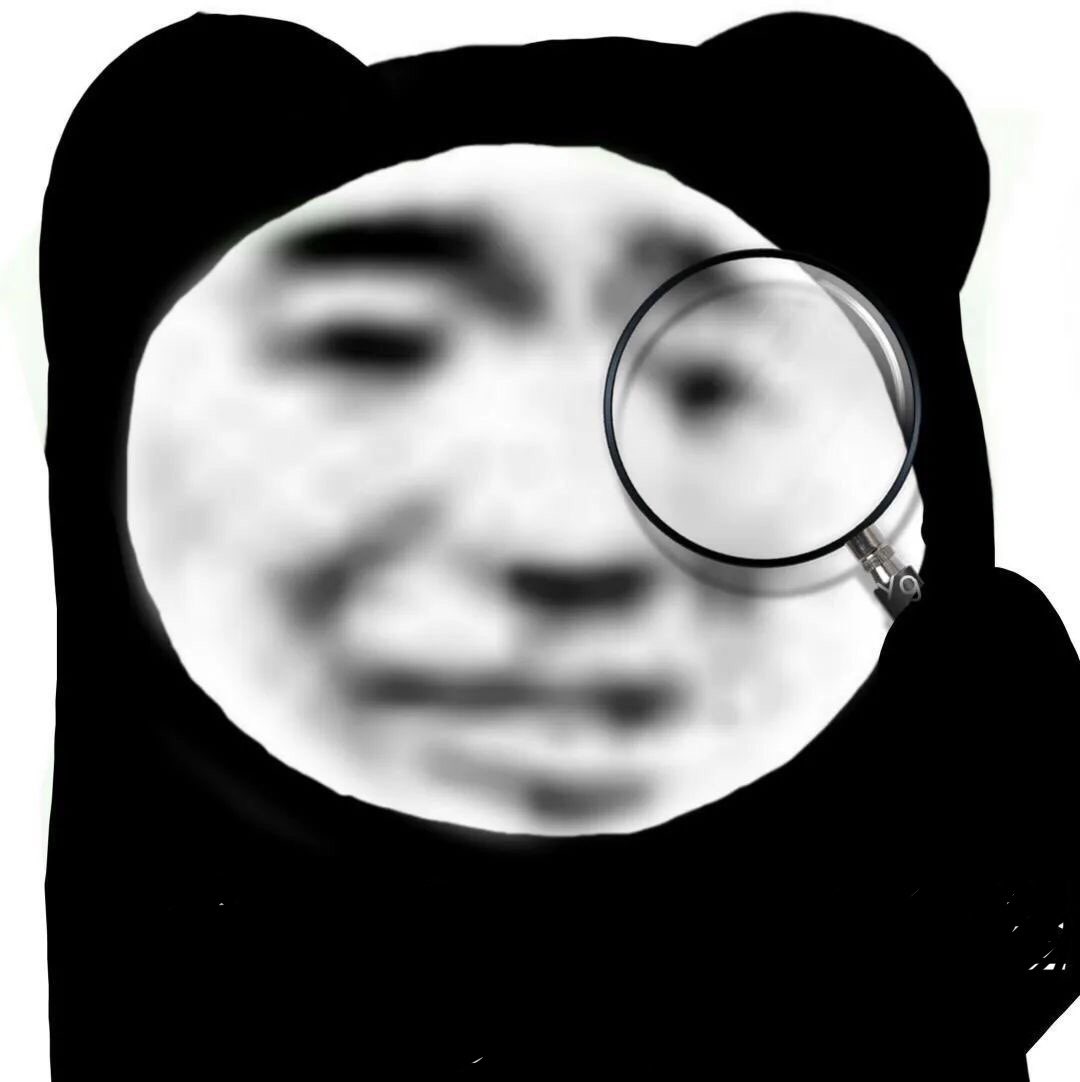 3. New stigmas and weapons in Bounty

In v4.3, Higokumaru, Thales (G2), Ice Epiphyllum and Void Blade will be added in Bounty.

Higokumaru: Not worth farming, if it's for Thales, just farm Thales directly.

Thales: Top and mid pieces are very strong stigmas for fire DPS, bottom piece is pretty useless. Also unless you're going for that 0.2% in MA; Thales TM, Fuxi B can perfectly replace Leeuwenhoek TB, Thales M.

Ice Epicephyllum: It's Pri Arm is a mandatory if you want to run Memento, otherwise it's not worthy. 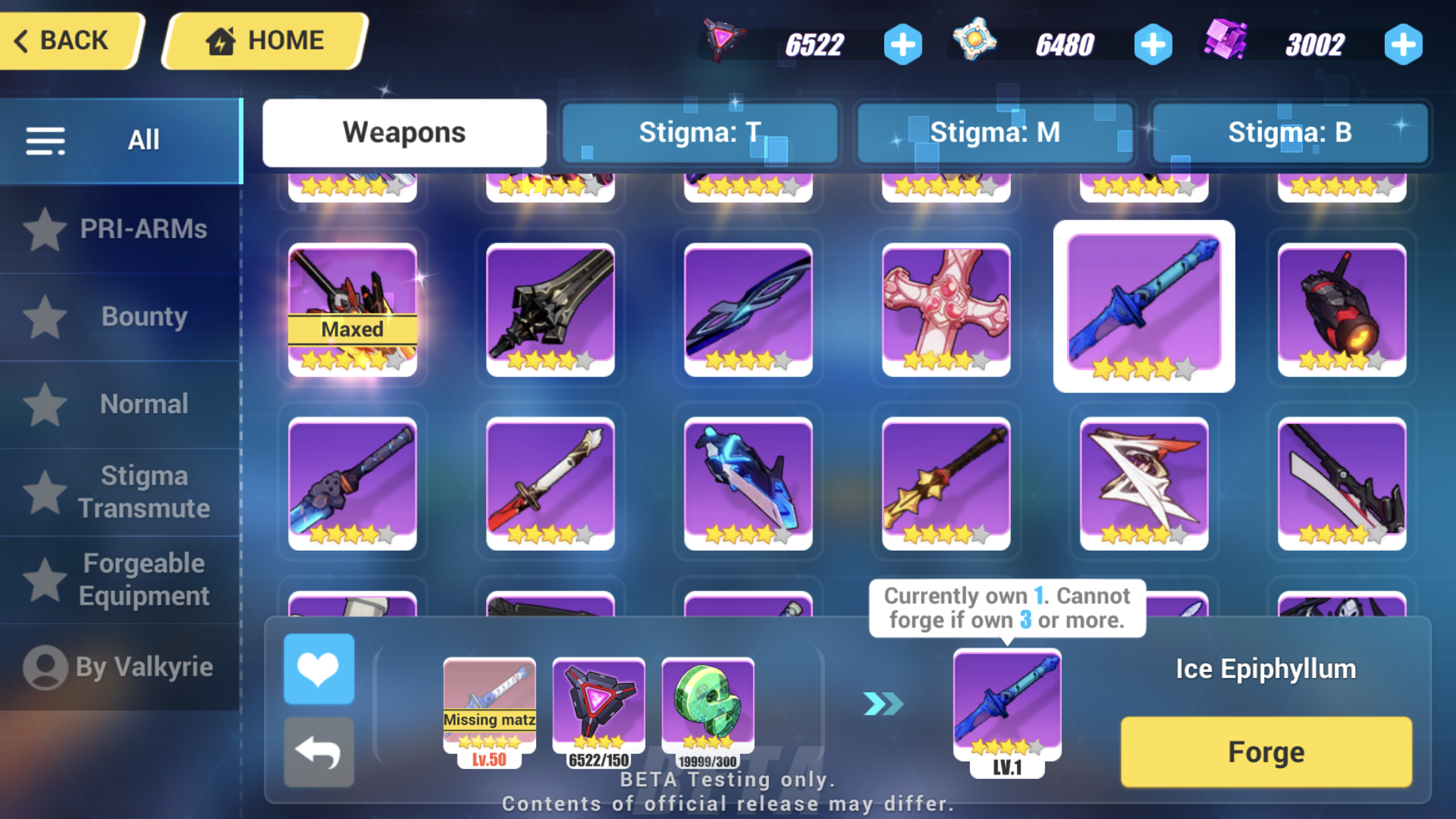 Void Blade: It's only here for the collection points. 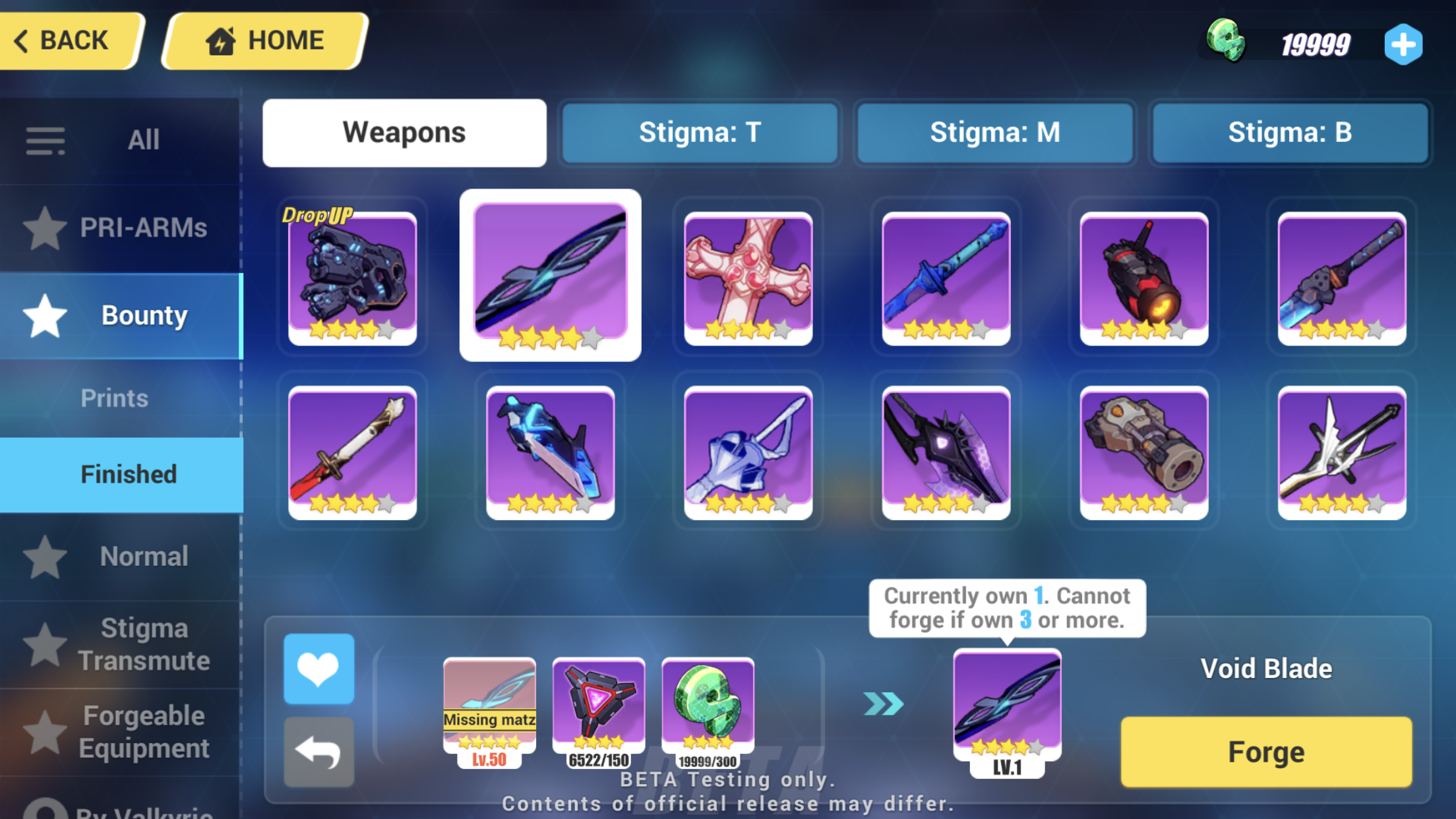 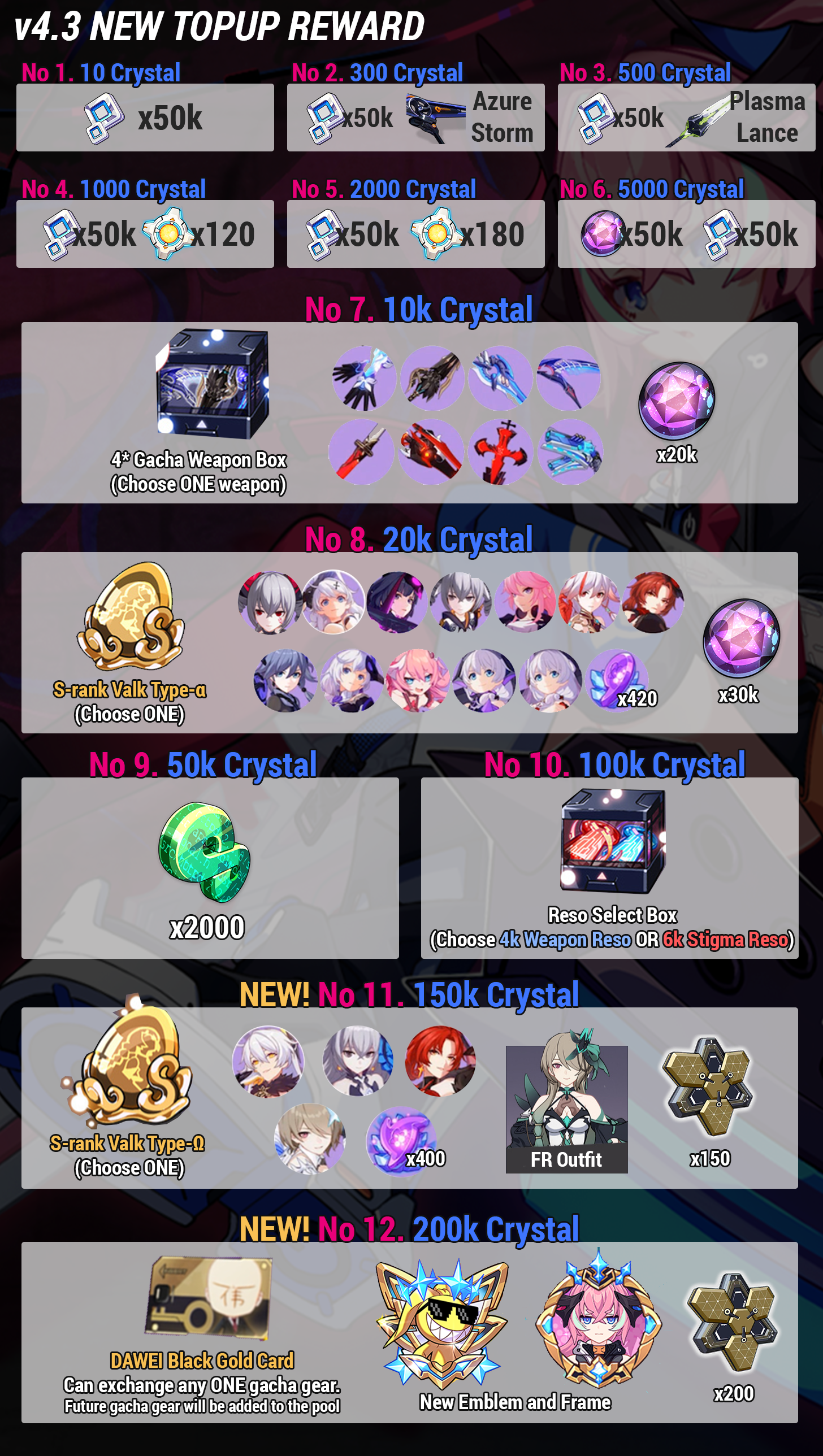 Some bonuses to highlight are:

The 10k Weapon Box: At 10k top up, you'll get a 4* gacha weapon box, in which the only stuff worth getting are Vikrant, Swan Lake (for SB pri), Undine and Mjolnir. Skolls are ok, but NS nowadays uses Nebulous Duality in MA and about the EX abyss... well the physical stage is just BK stage but if you want to run NS, you also use Nebulous here.

The 20k S rank egg: Farmable valks are farmable so don't choose them, the priority is: CH > SK > BN. If you already have them, save the egg for future augments or awakenings.

The 150k S rank egg: Choose any valk that you don't have, although that if you have this top up you should have them all.
Those legacy seems kinda sus, maybe in the future the valks from this wgg will be farmable with legacy, idk just guessing...

The 200k Dawei card: Don't use it, as more time passes, it's value will get higher and higher. 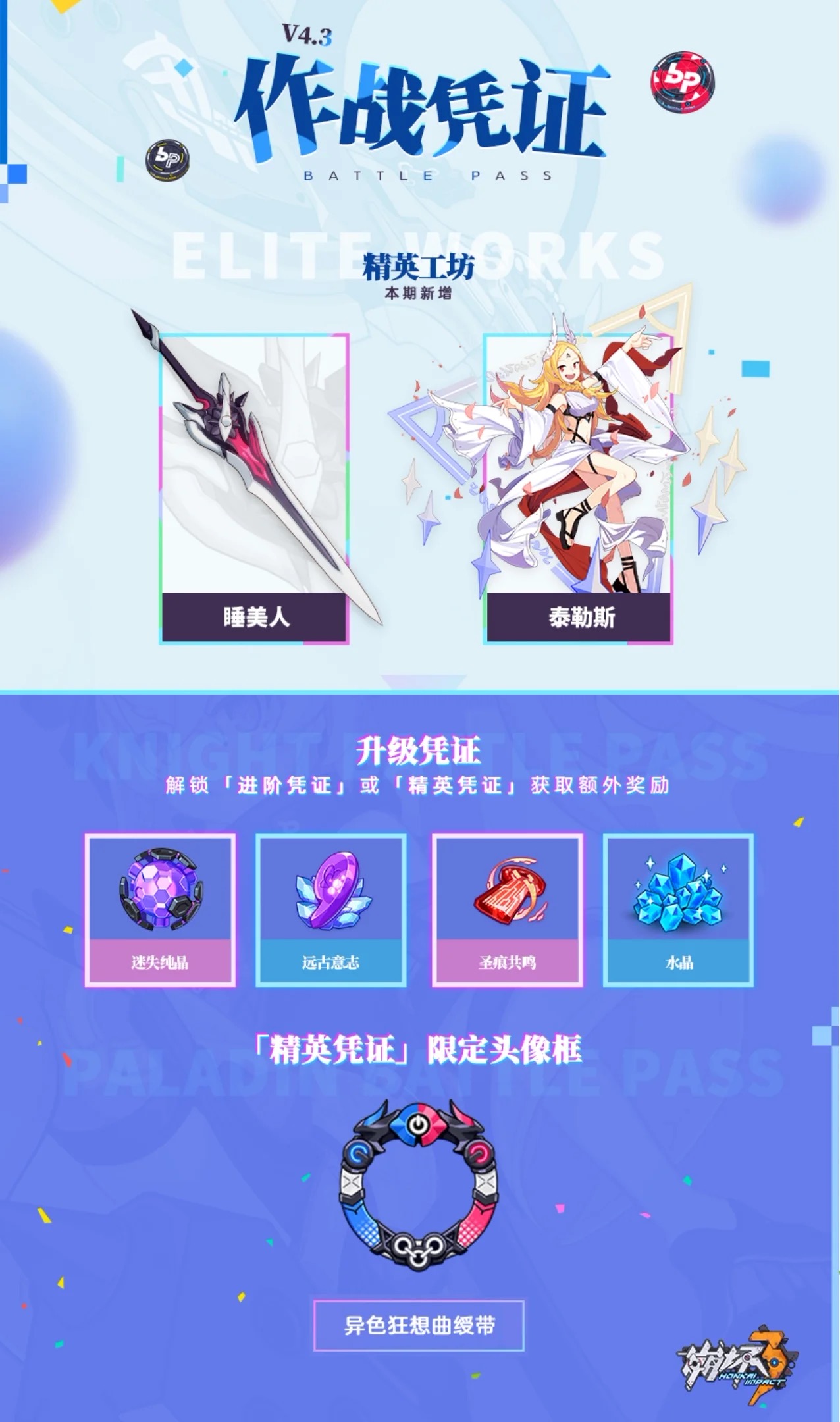 I don't know why but lately we'll always getting 2 Pri Arms per patch. In this new patch we're getting KoR Pri and SB Pri, both are very strong, both are worthy, it just depends on your torus and your SC metals.

KoR Pri - Domain of Reason: Revelation (aka DoRR): Very strong, to demostrate it I'll just show you these two videos:

SB Pri - Sleeper's Dream (SD? Mei?): A top priority if you're planning to invest in FT, mainly because it's active can be used to trigger FT's retaliation and it's the only greatsword that can do that. 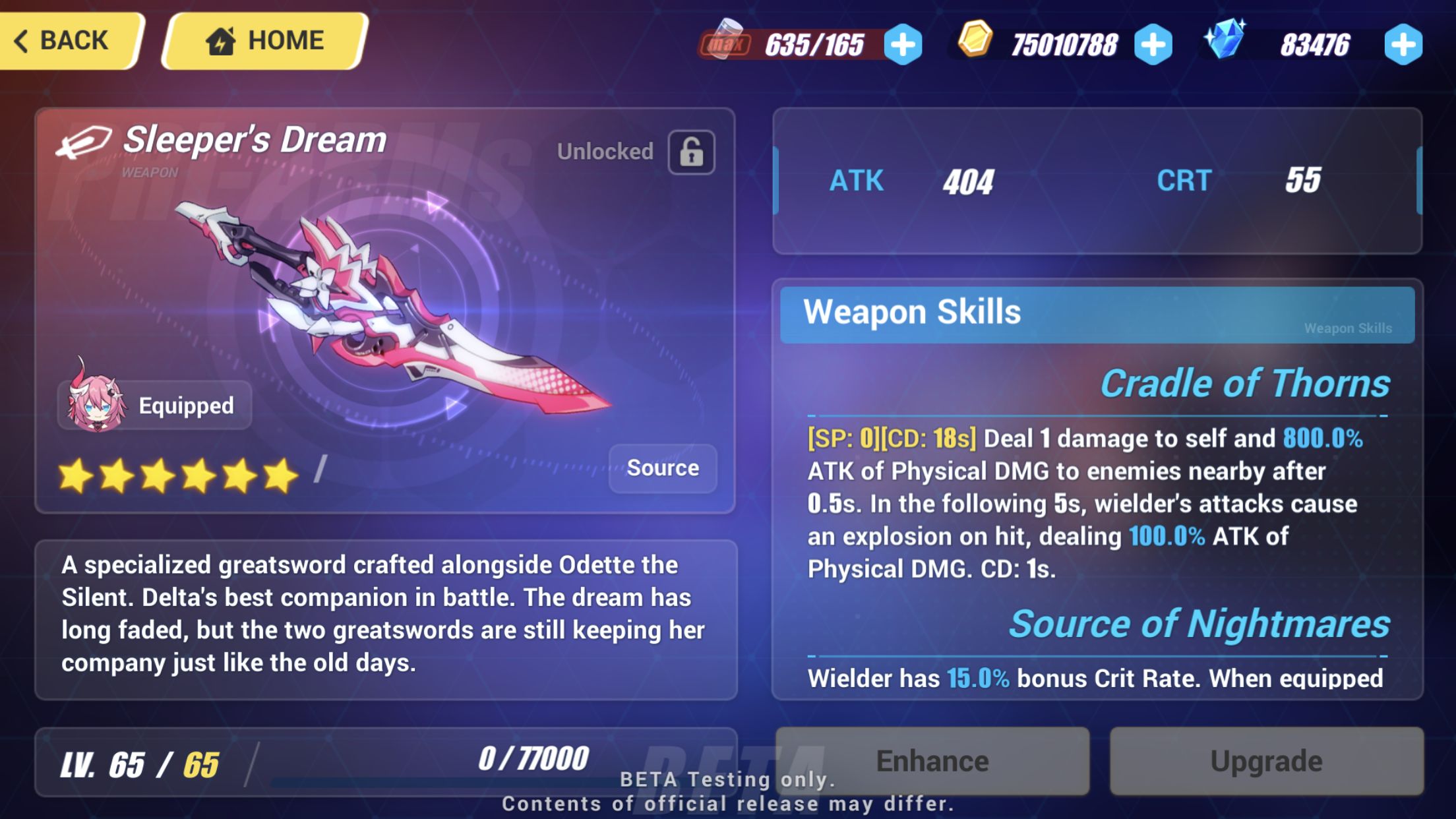 The new FT's event, as always, by just doing dailies you'll get all the important rewards. 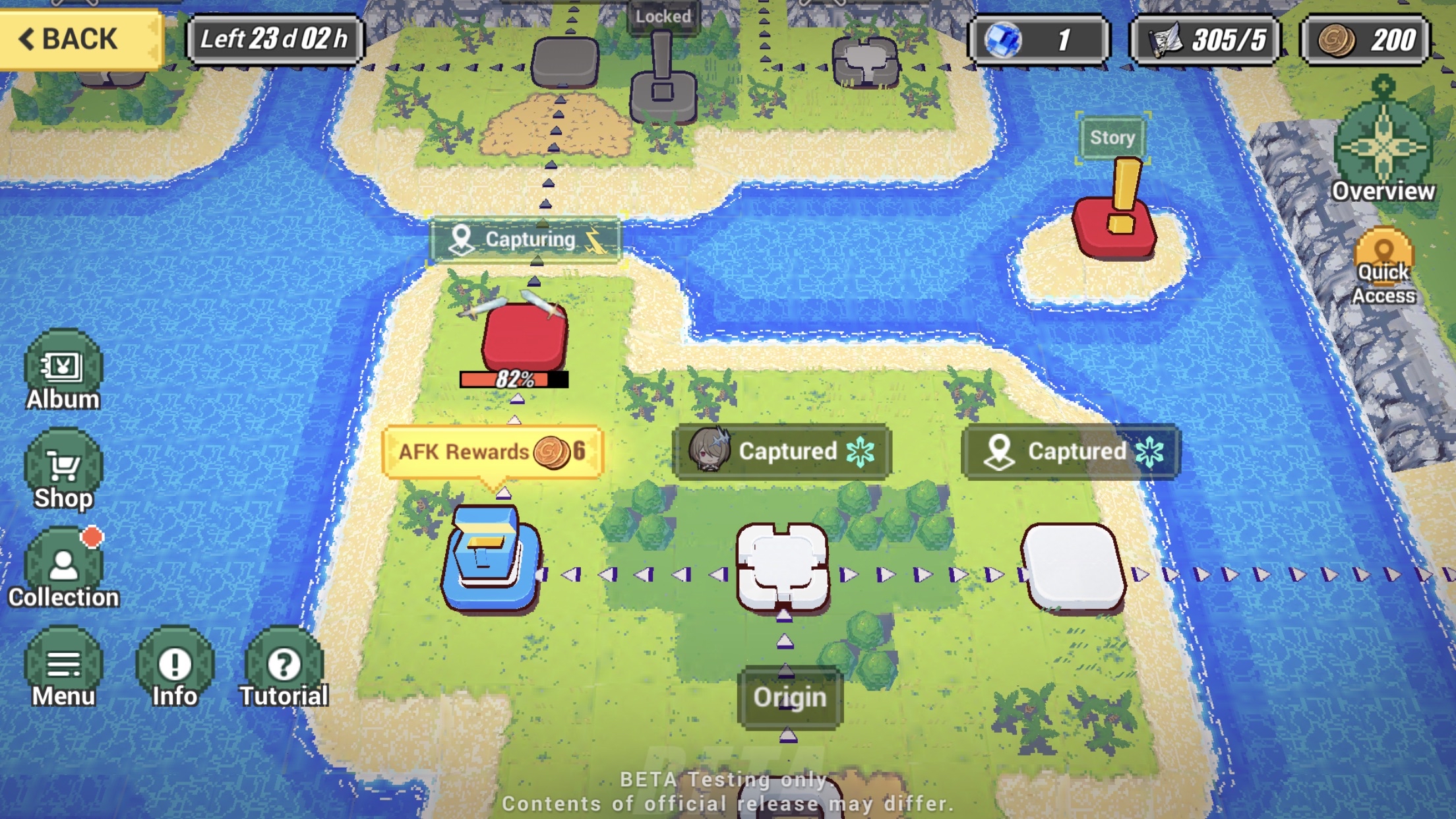 As well as A rank and S rank Valkyries, we will be able to convert the excess of S rank elf fragments to their respective orbs and exchange it for other S rank elf frags, for now we'll have Selune and Tesla Zero frags, more will be added in the future. 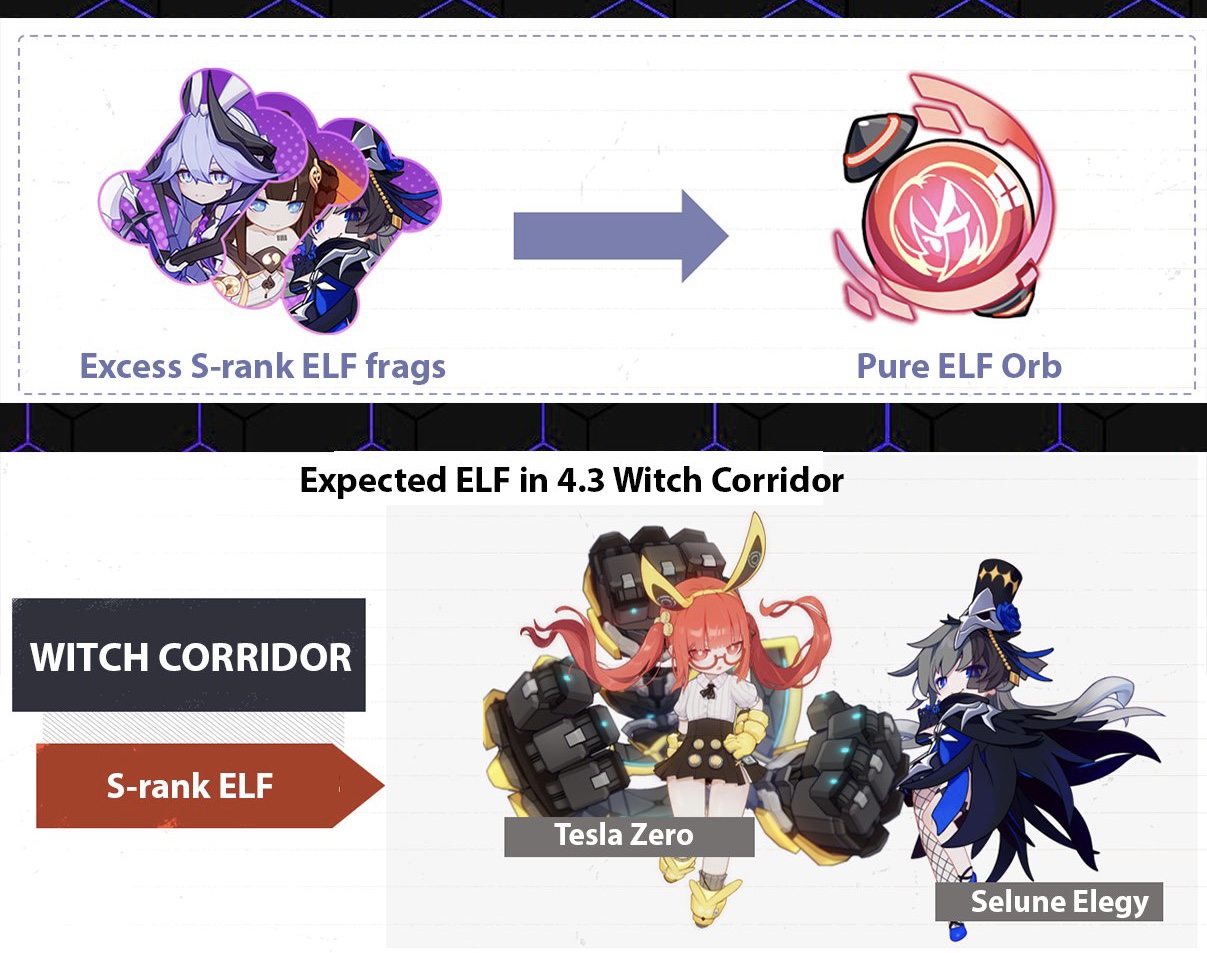 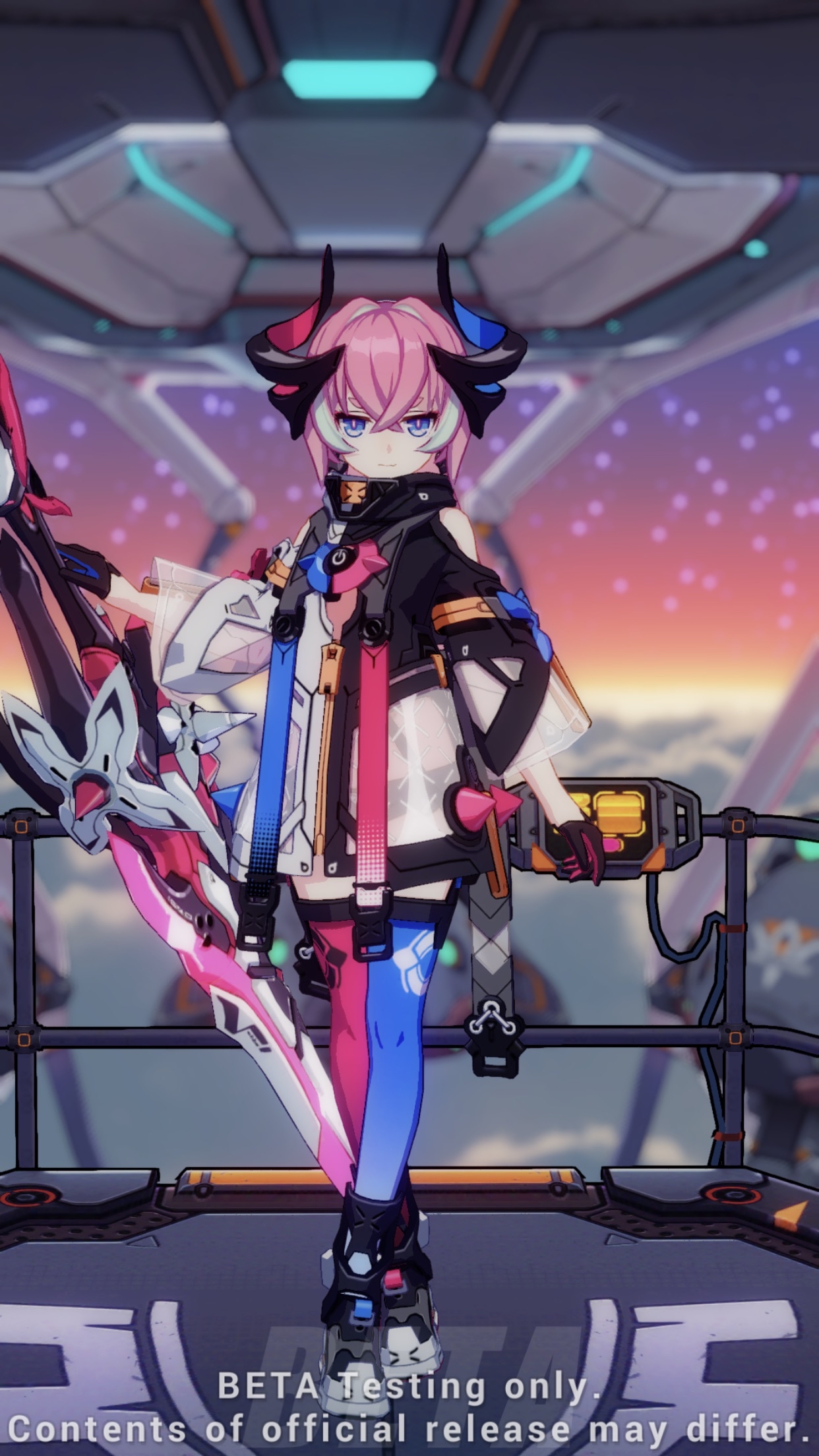 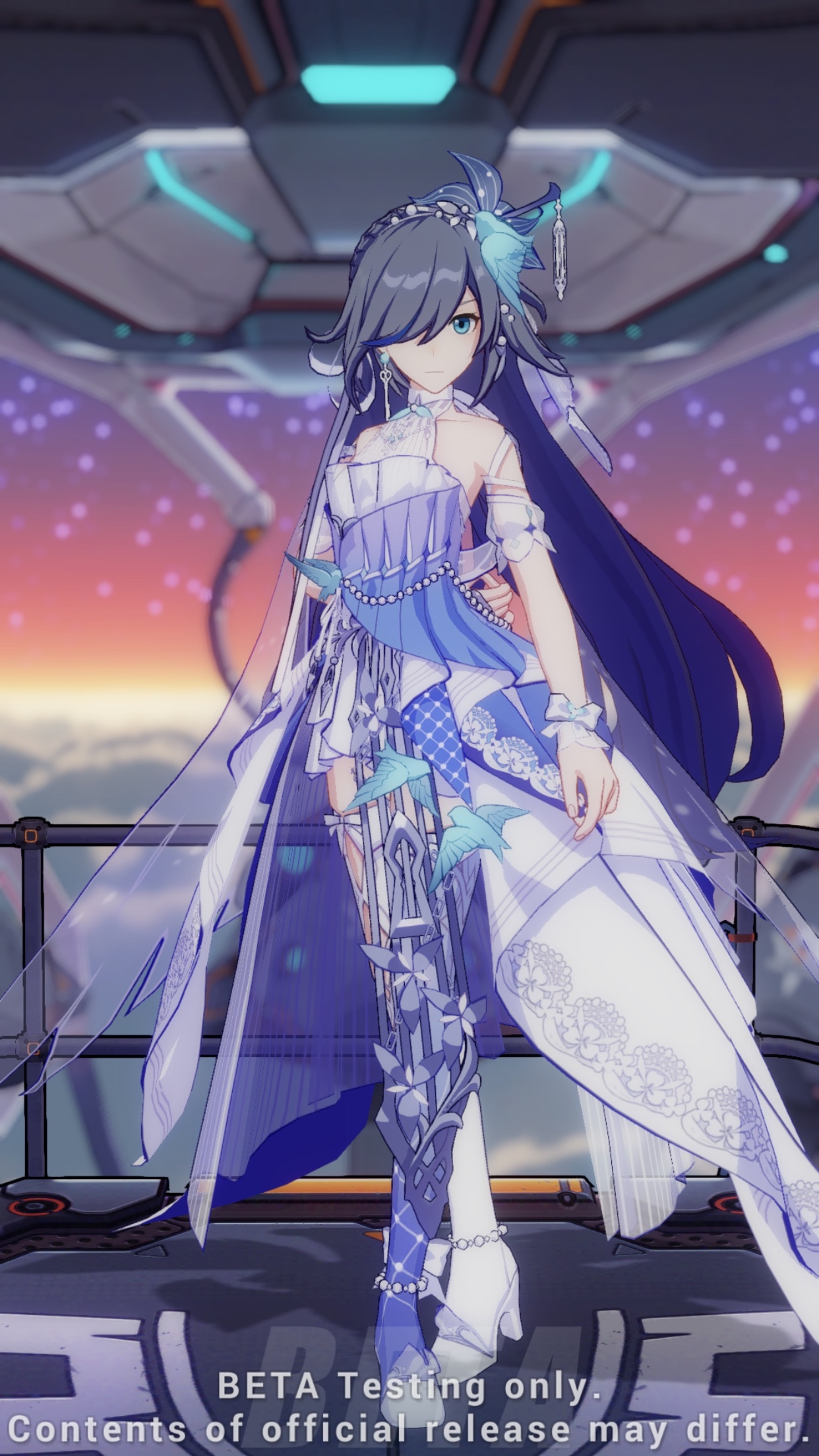 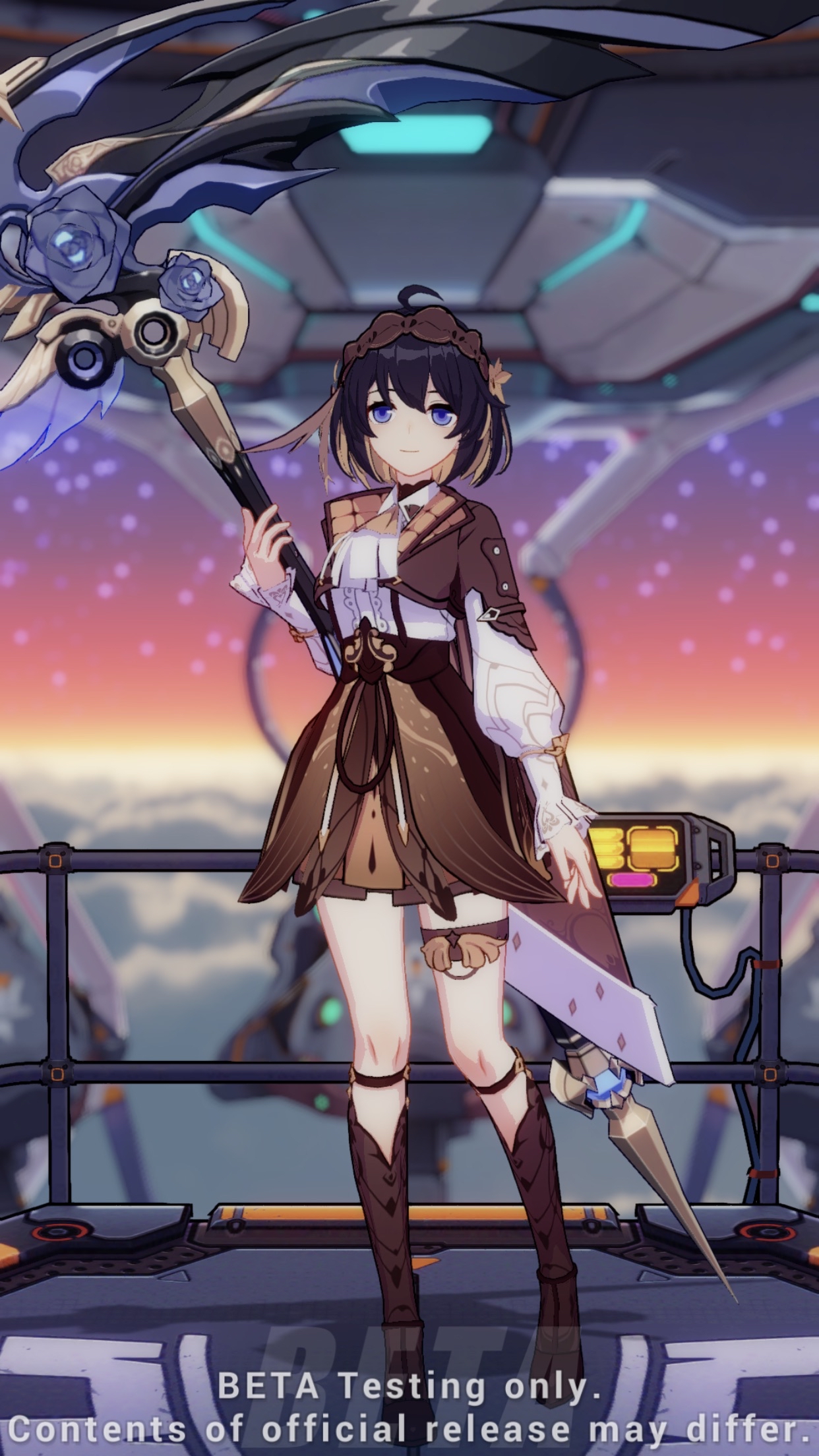 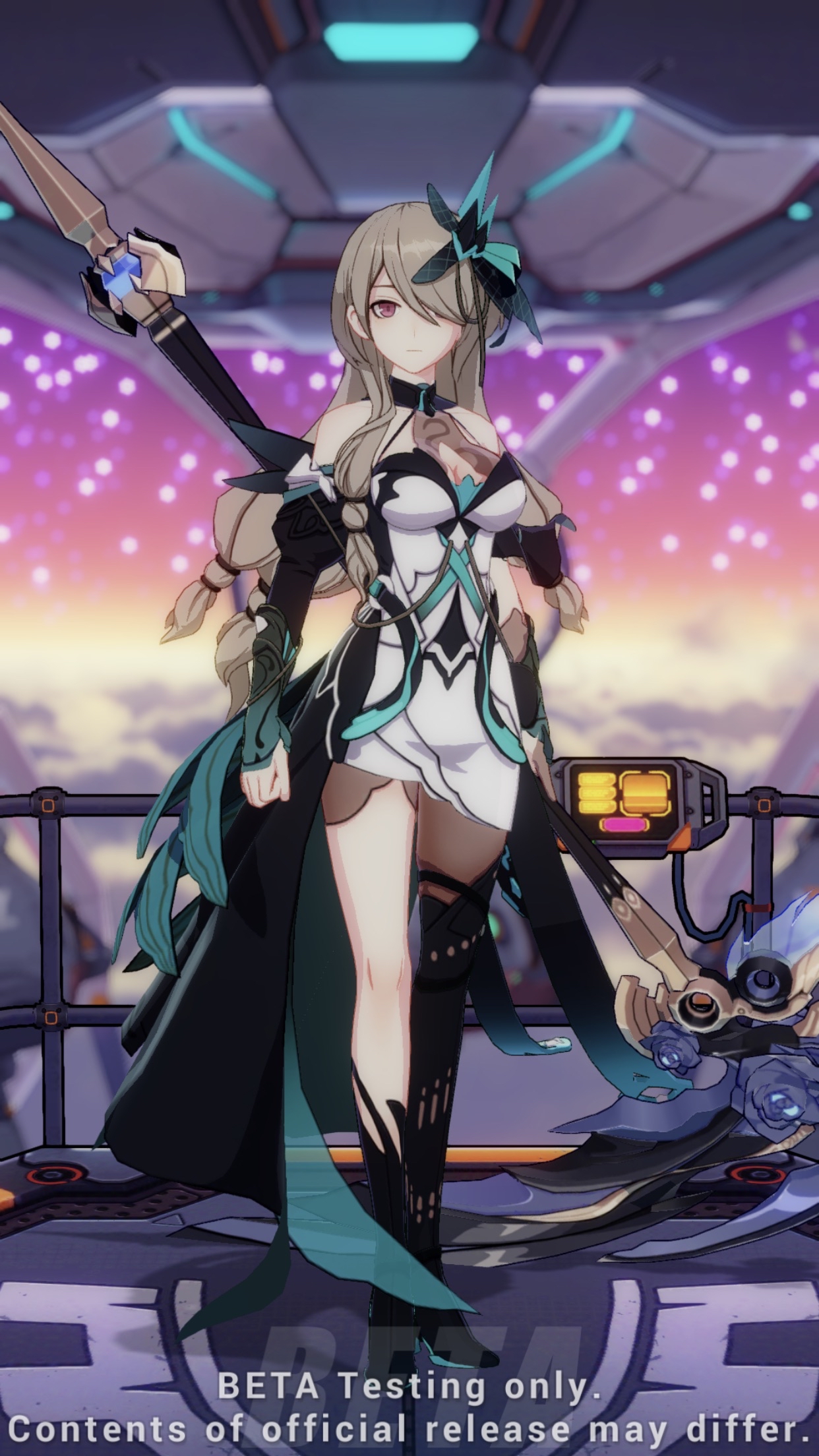 As always, things that are MUST BUYS in every new patch: 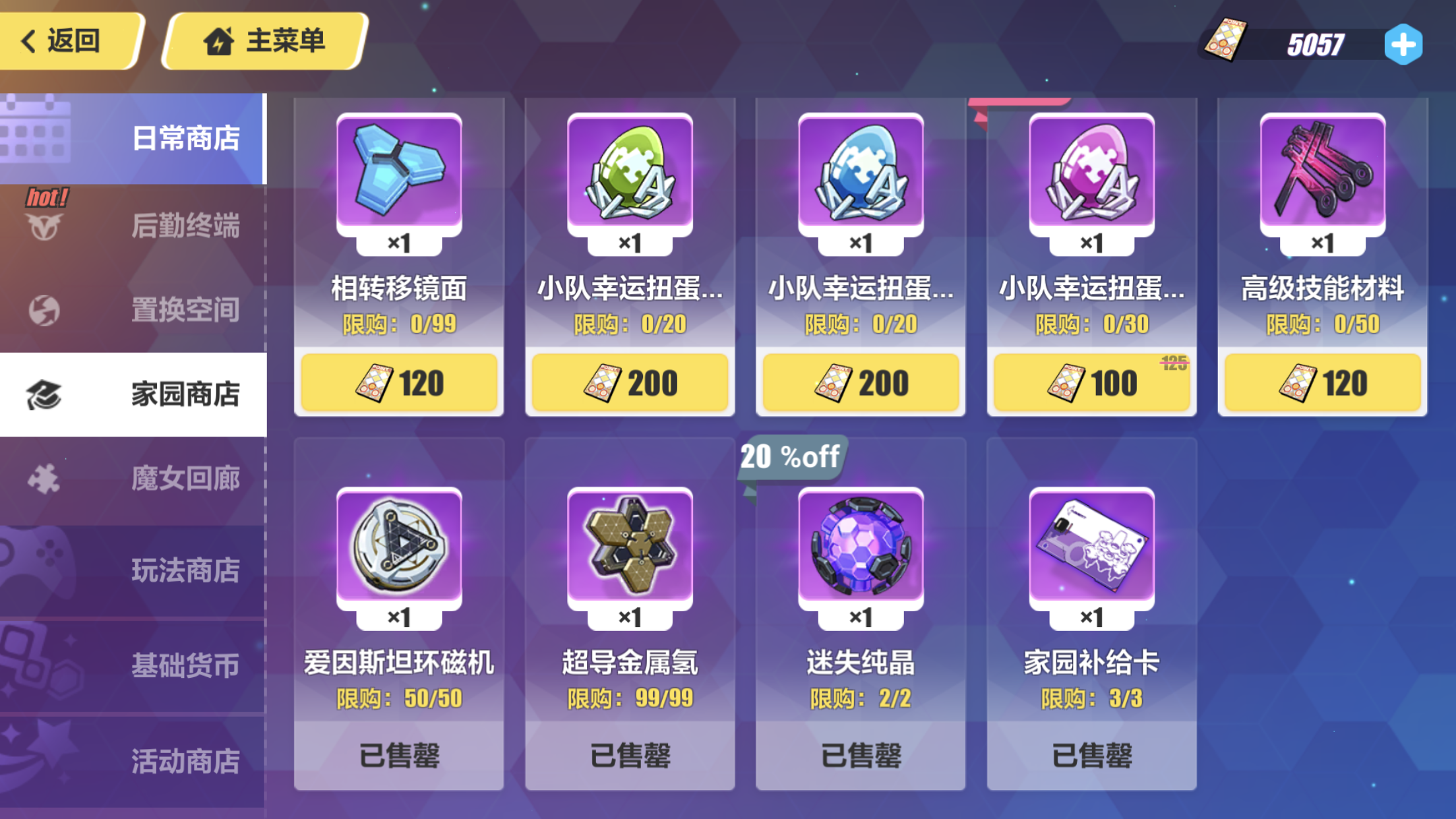 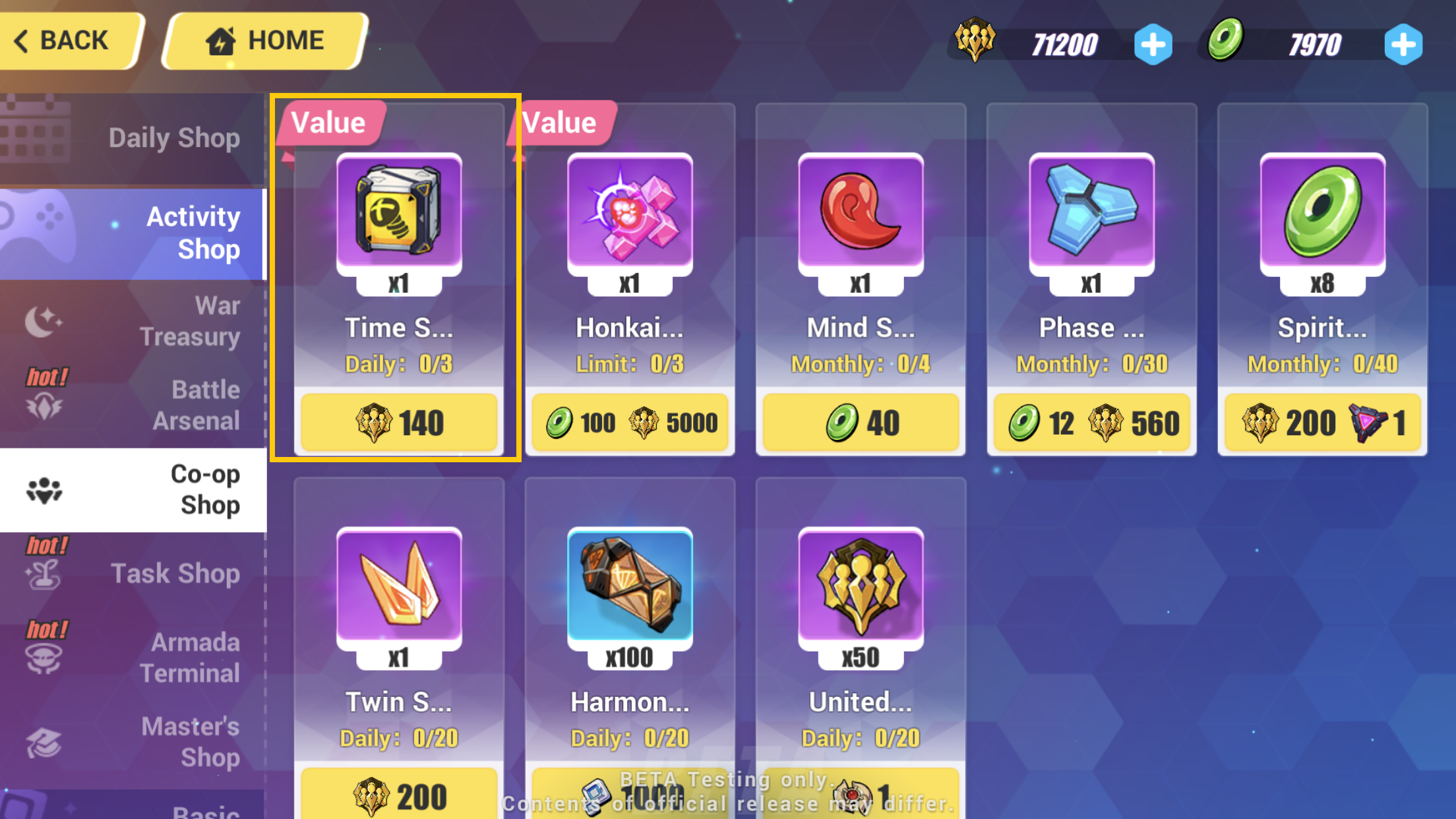 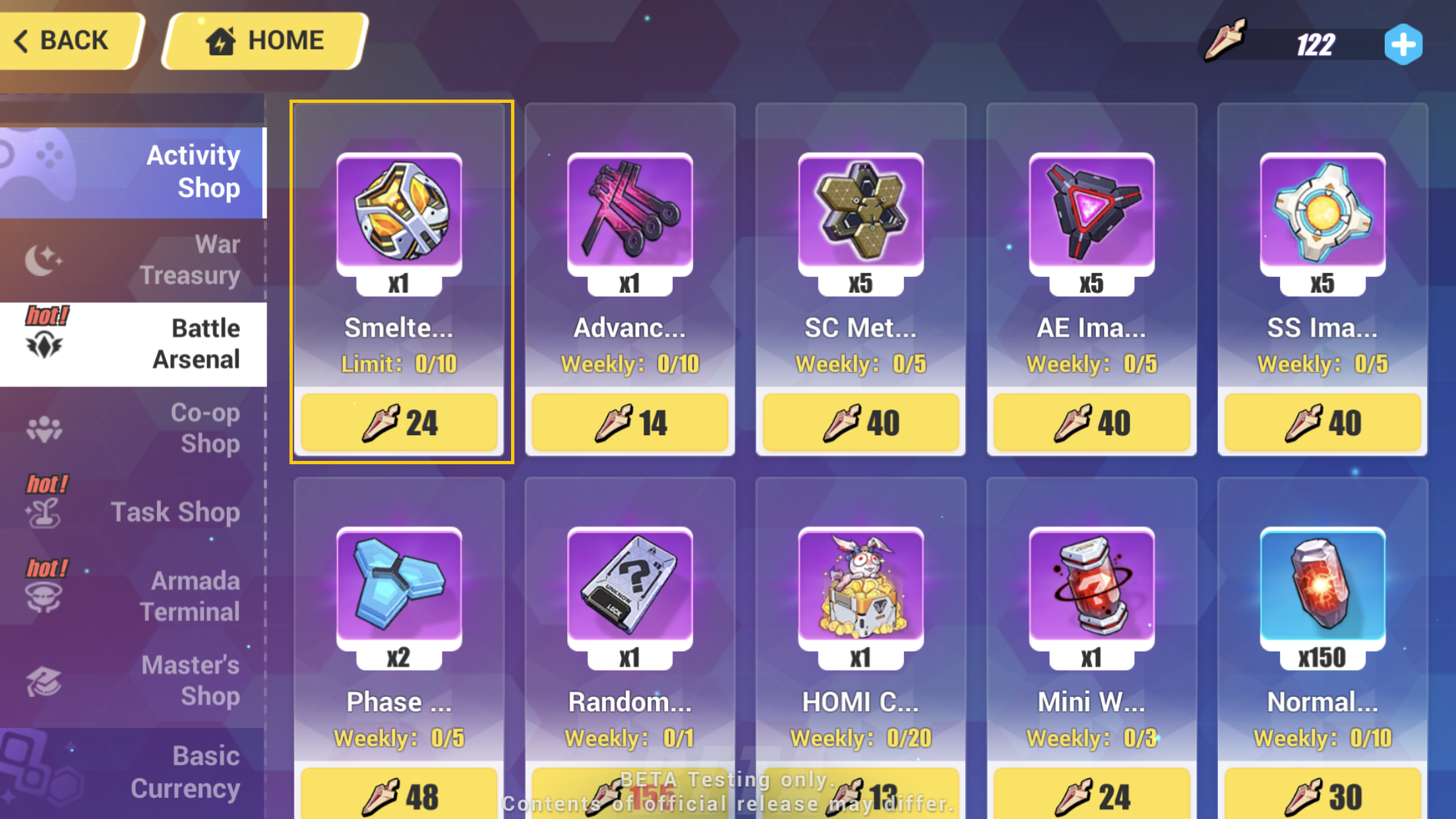 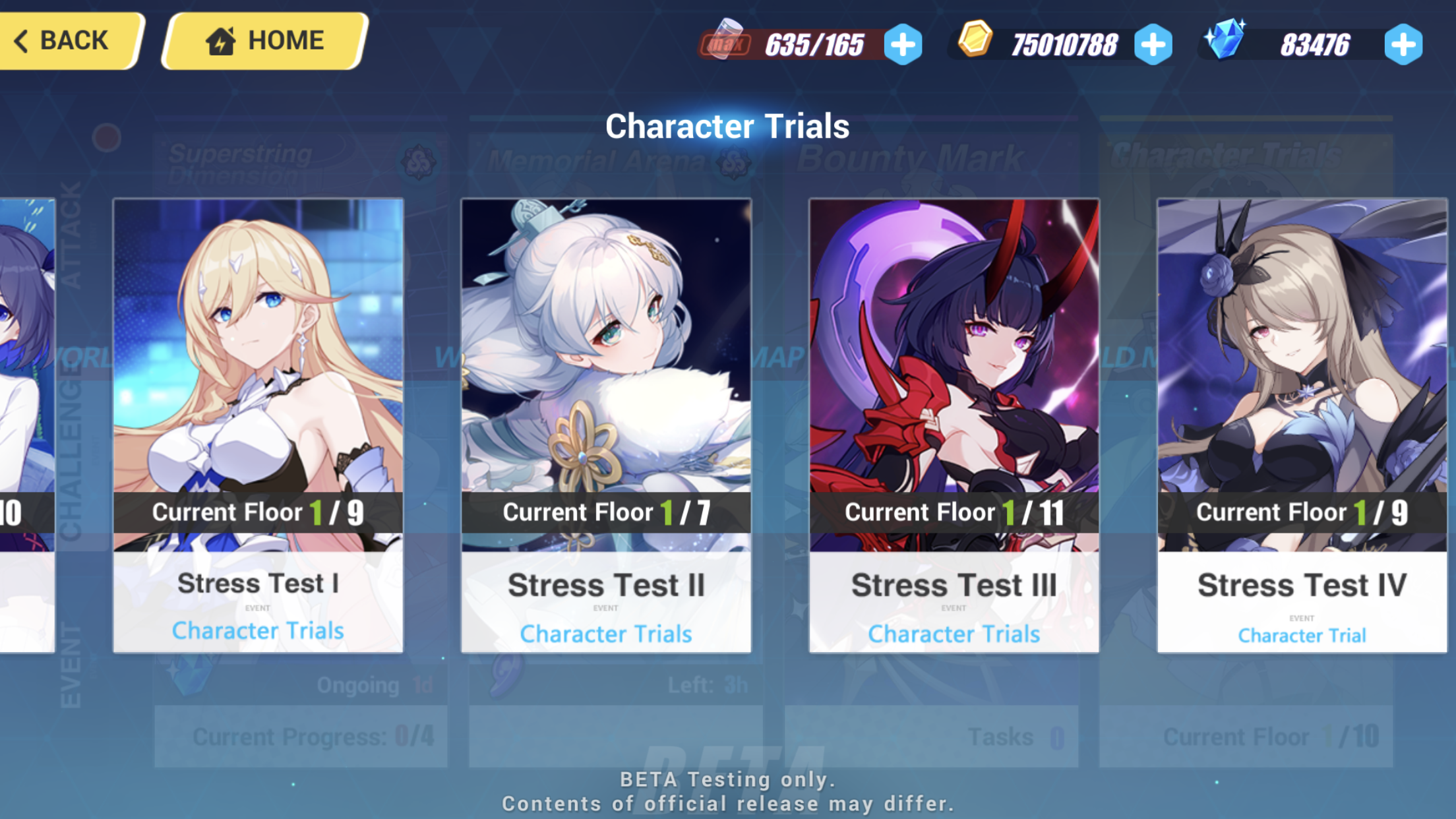 And that's all.
As always, thanks to Mihoyo's team to let me be in the v4.3's beta test and thank you my fellow Mr. Ship Cleaner Assasin who's reading this. 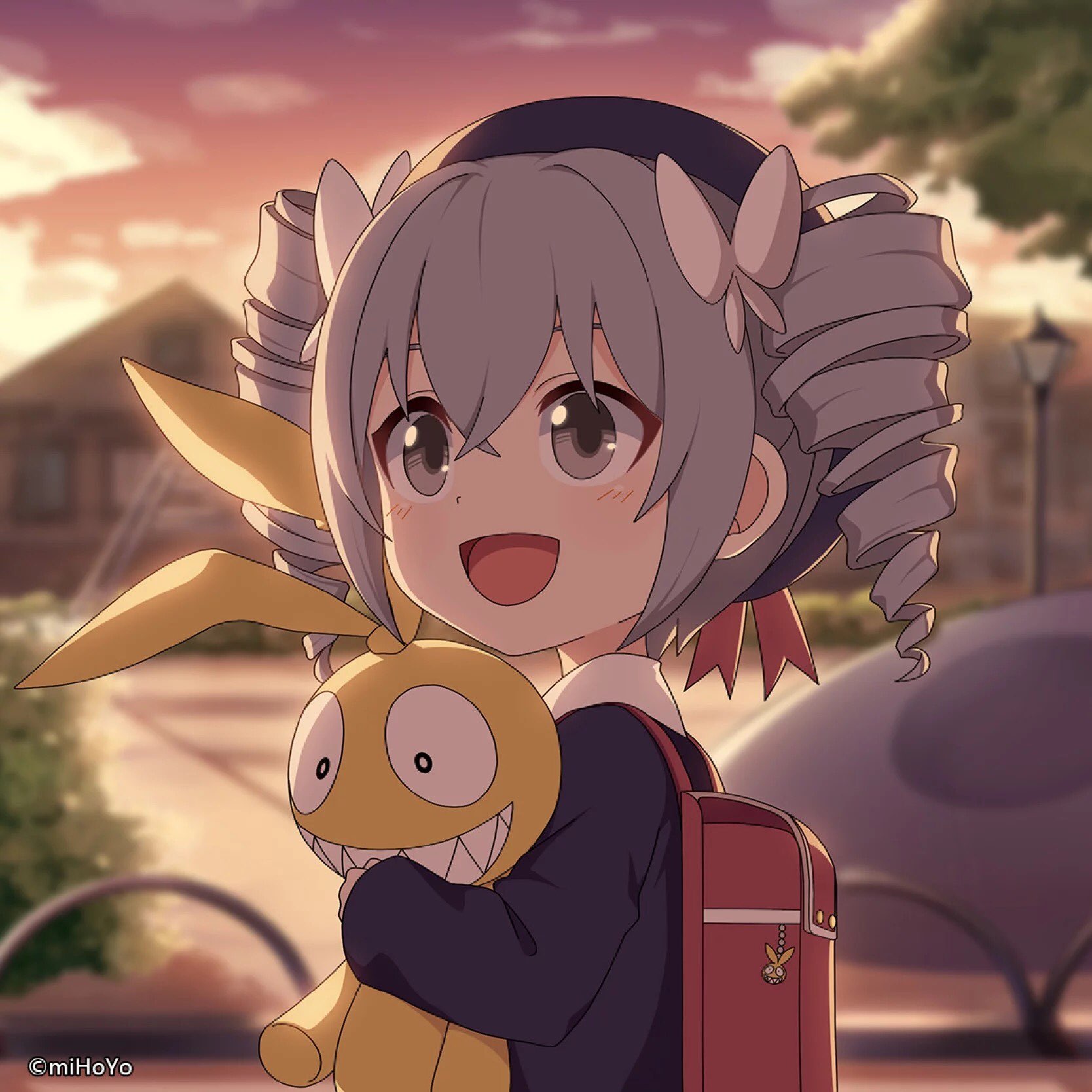