Happy 3rd anniversary to all SEA captains. Honkai Impact 3 v4.3 - Rhythms of Neon is SEA anniversary patch. Ai-chan prepared a lot of freebies for us. Yay! Global captains can head over to A.E.N's Overview, or just stay here (only some minor differences!) 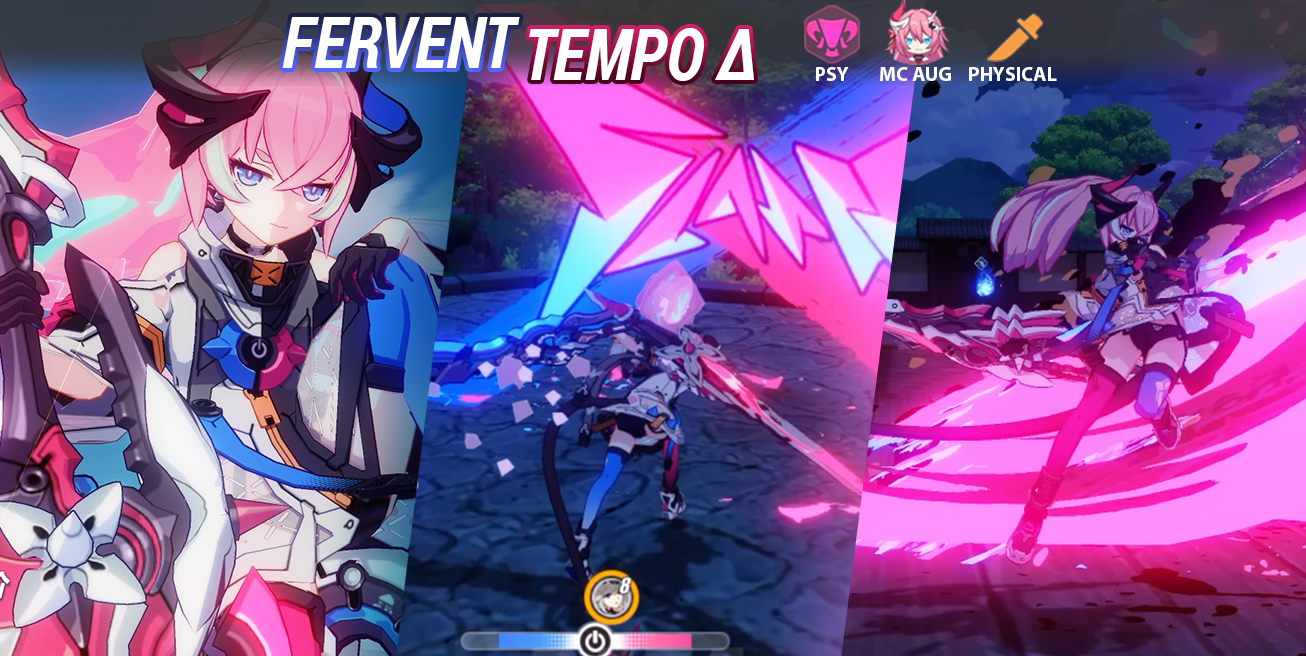 Fervent Tempo Δ is the SUPER DUPER STRONG augment of Molotov Cherry. She can enter Fervent Mode to deal insane damage. In v4.3, you can get a free MC character card from wish event. Ai-chan is SUPER DUPER GENEROUS! Praise Ai-chan! 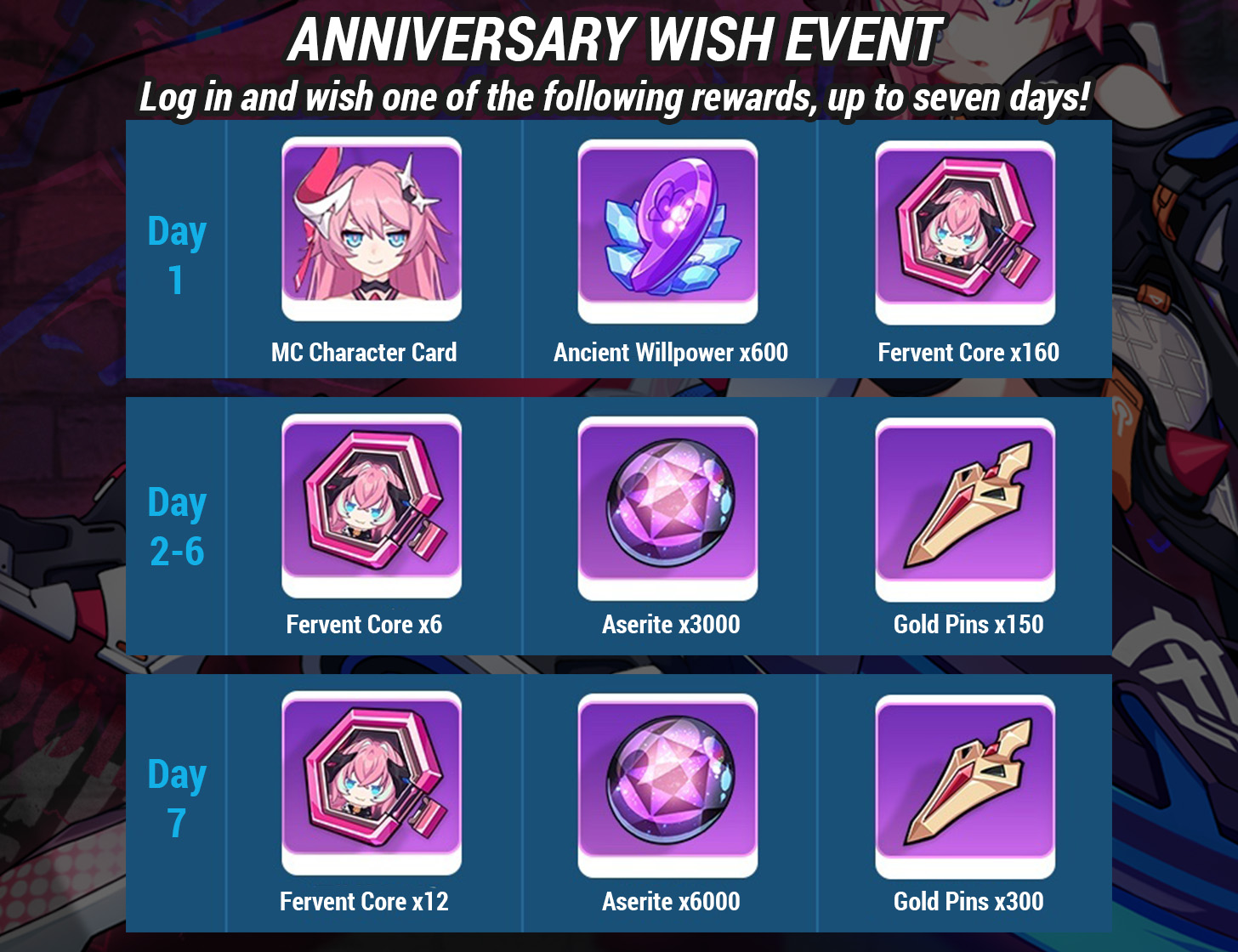 Ai-chan has collaborated with Elon Musk to bring you Tesla ZERO ELF! Tesla ZERO deals powerful punches and inflict physical vulnerabilty - super useful in tough fights! You can pull her from supply or get up to 150 fragments from spending event. 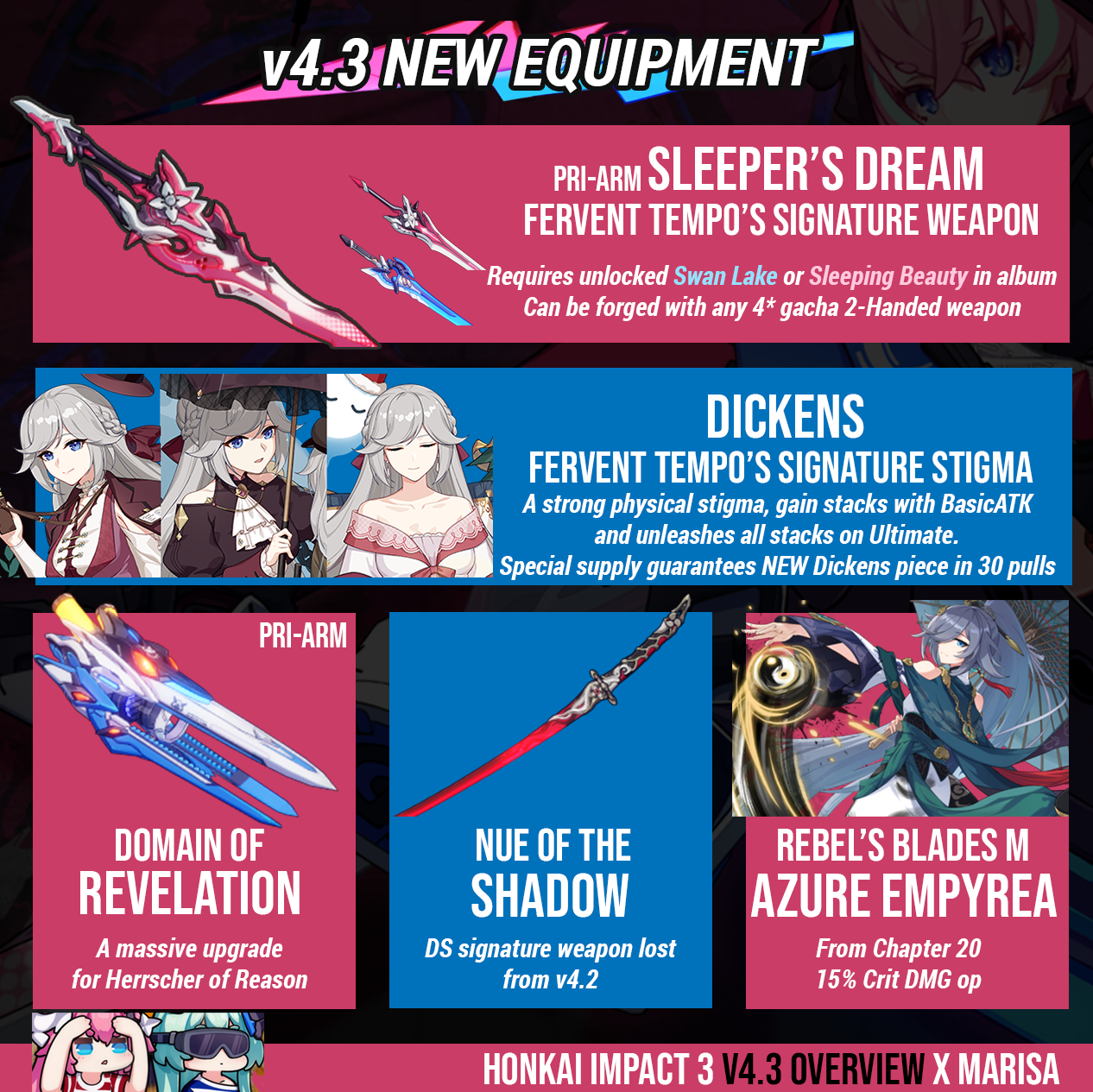 After receiving a hint from Fu Hua, Kiana and Bronya embarks to Mount Taixuan, where they learn the untold past of The Immortal ... 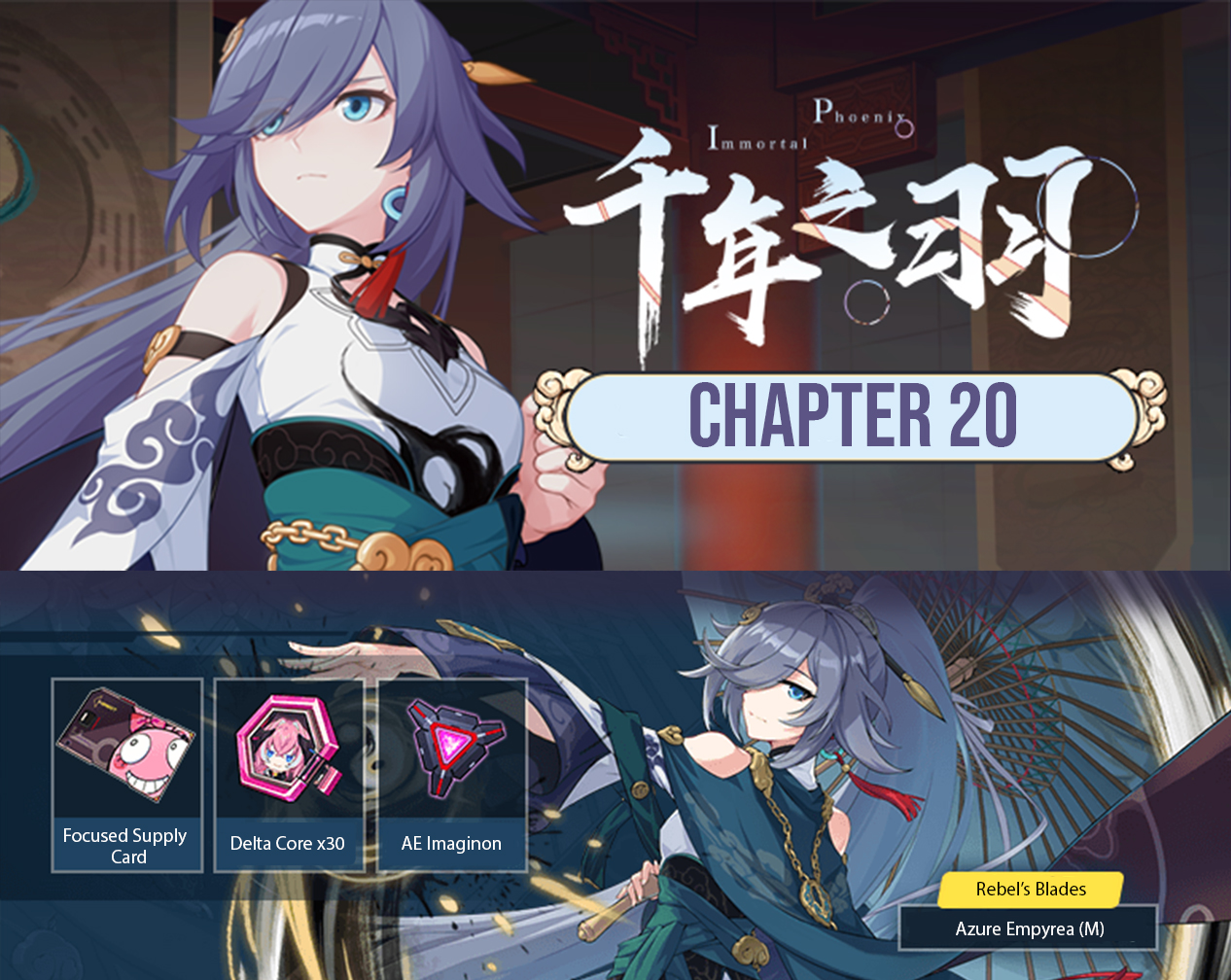 Time for the Anniversay freebies!

Log-in for 7 days to receive 15 Focus Supply Cards and a lot of gift boxes! 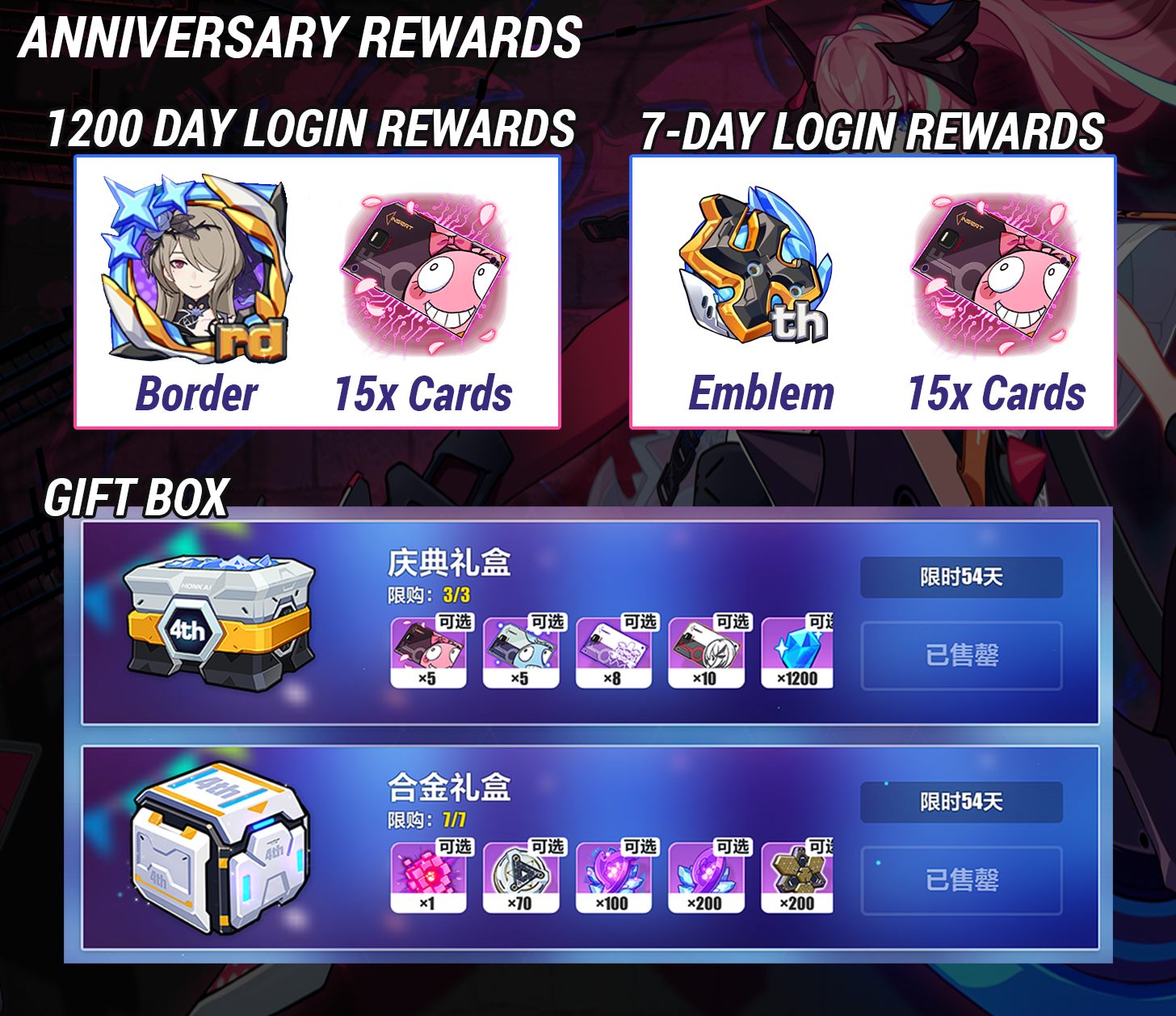 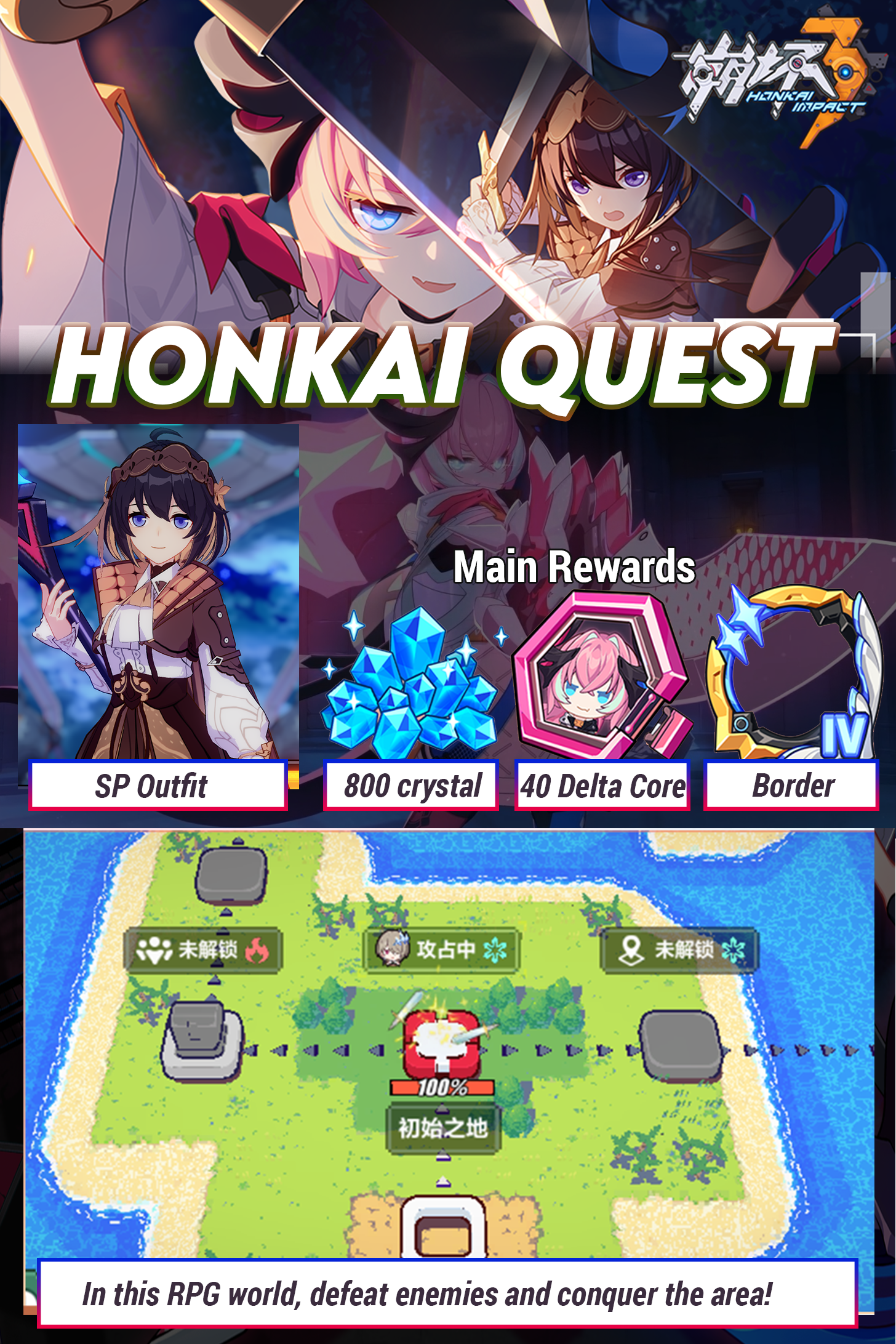 Spending event returns! Pull supplies and get Annulons, which you can exchange for these S-rank frags or Tesla ZERO frags! 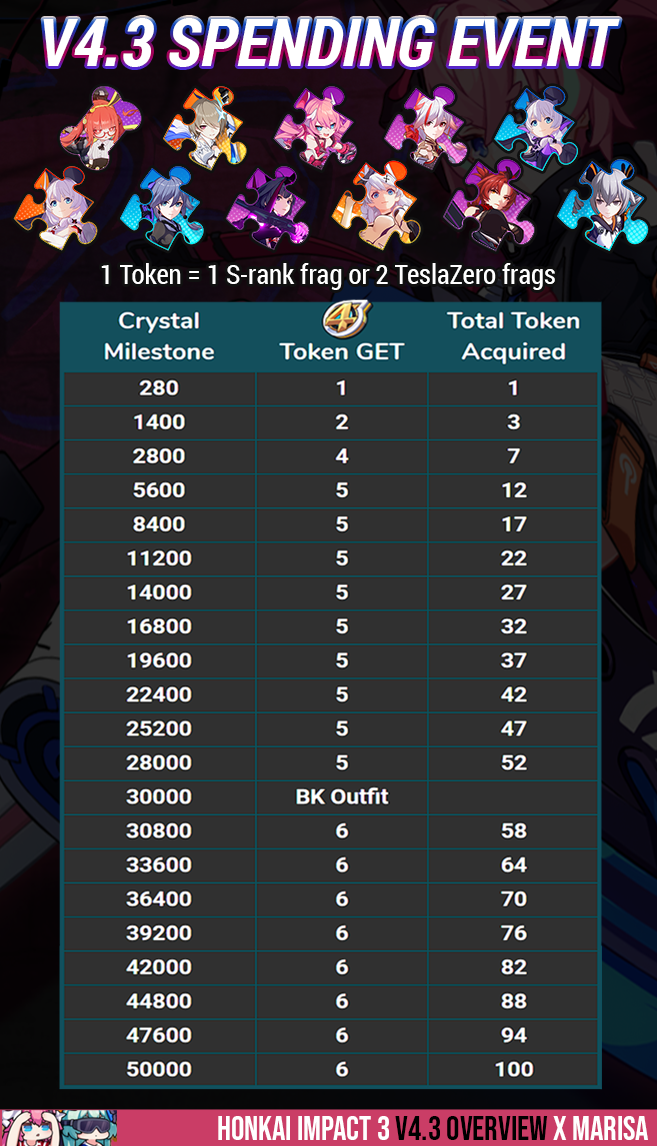 In CN server, a lot of supplies were available and SEA server should have its own special supplies too. Here are the list of CN supplies in v4.3. Just for reference! SEA might not follow it.

New top-up rewards have been added! First time top-up bonuses are also reset. Make sure to clear them out before 4.3 arrives! 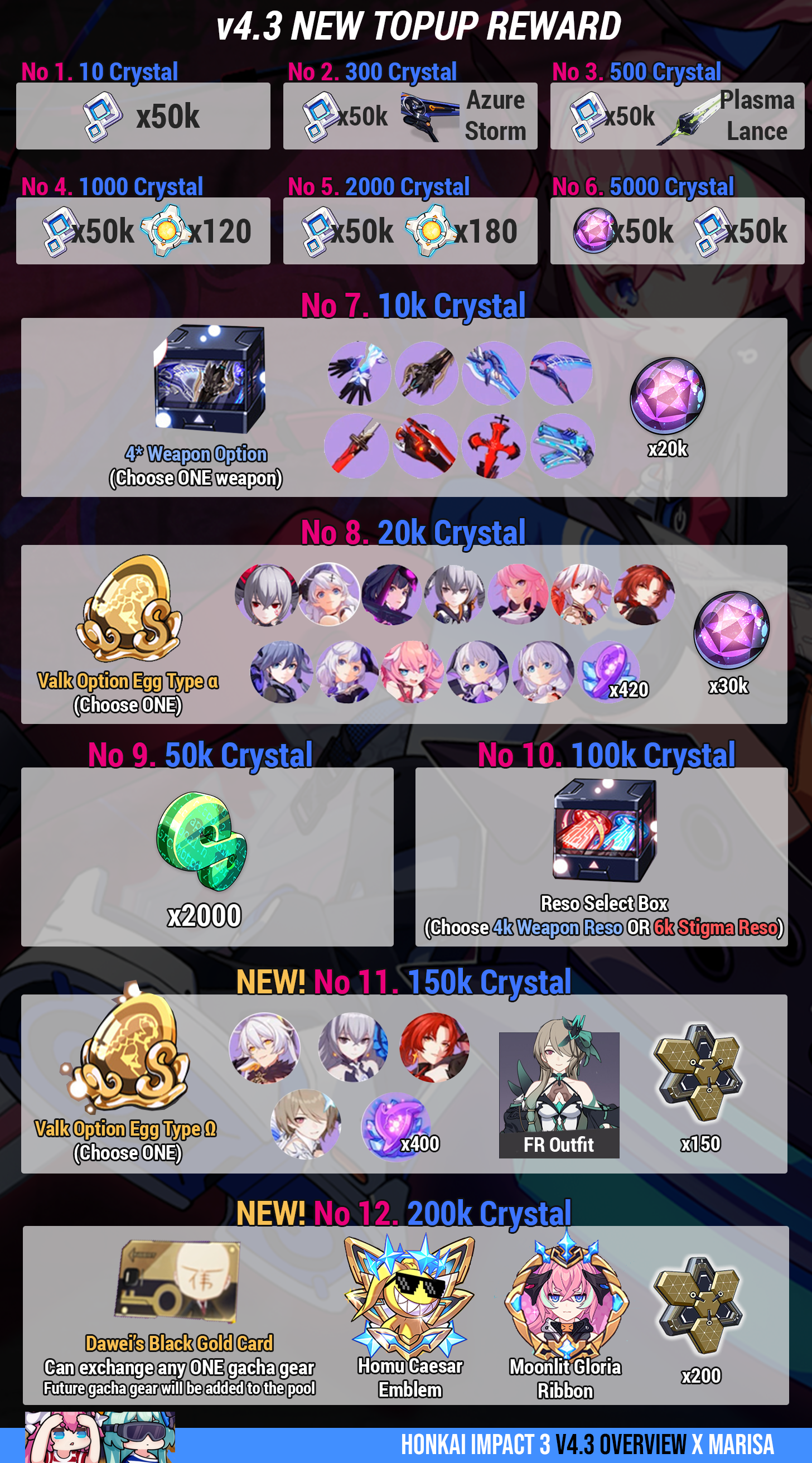 Captain, your annual report is here! Anniversary Book summarizes your yearly progress with cool visuals. Let's see how much you slacked this year, captain!

Ai-chan noticed you've been logging in day and night to complete your tasks, captain. So, the gracious and merciful Ai-chan will EASE YOUR BURDEN by auto-completing some tasks every week.

Plus, negative effects are removed in Sinful and Forbidden tiers. 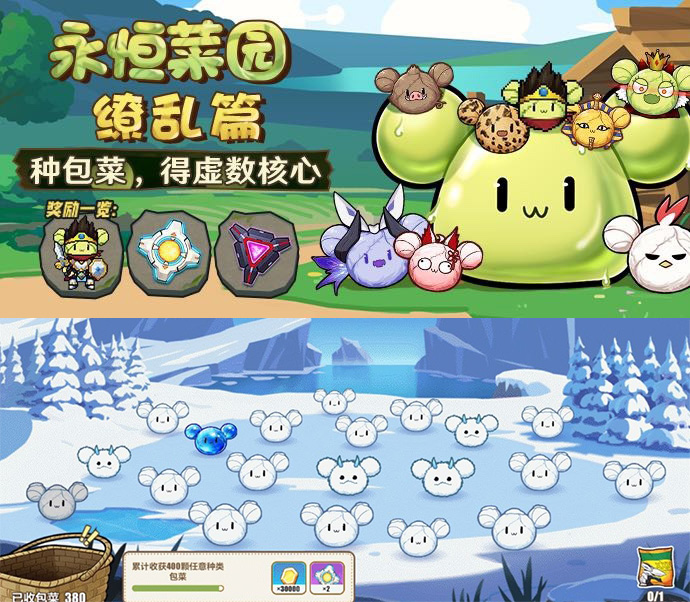 That's it for this patch. As always, some info isn't mentioned here. You have to play it for yourself! Experience the Anniversary Patch, coming this 29th October! Yahooo!