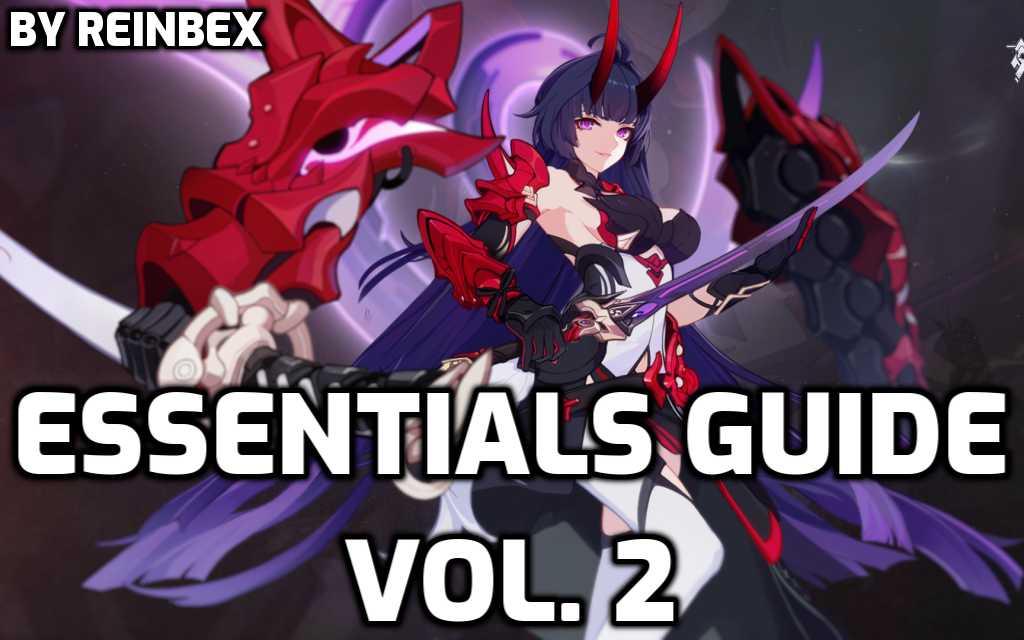 Hello, this is a guide for Captains around, approaching, or is level 80 or even returnee Captains! The guide serves as a general basis for what is still good, is good now, and/or are no longer a priority for the recent v4.1. After reading this, you should have a better idea on how to optimize your game playing! Keep in mind that I will not cover everything like an encyclopedia, but I will cover some rather important ideas that I believe all captains should know by the time they hit level 80.

If you wish to read the first volume, the link will be provided. Note that information that may conflict between this guide and the older guide, the newer guide's information is more updated.
https://walkthrough.honkaiimpact3.com/article/show/48/4370 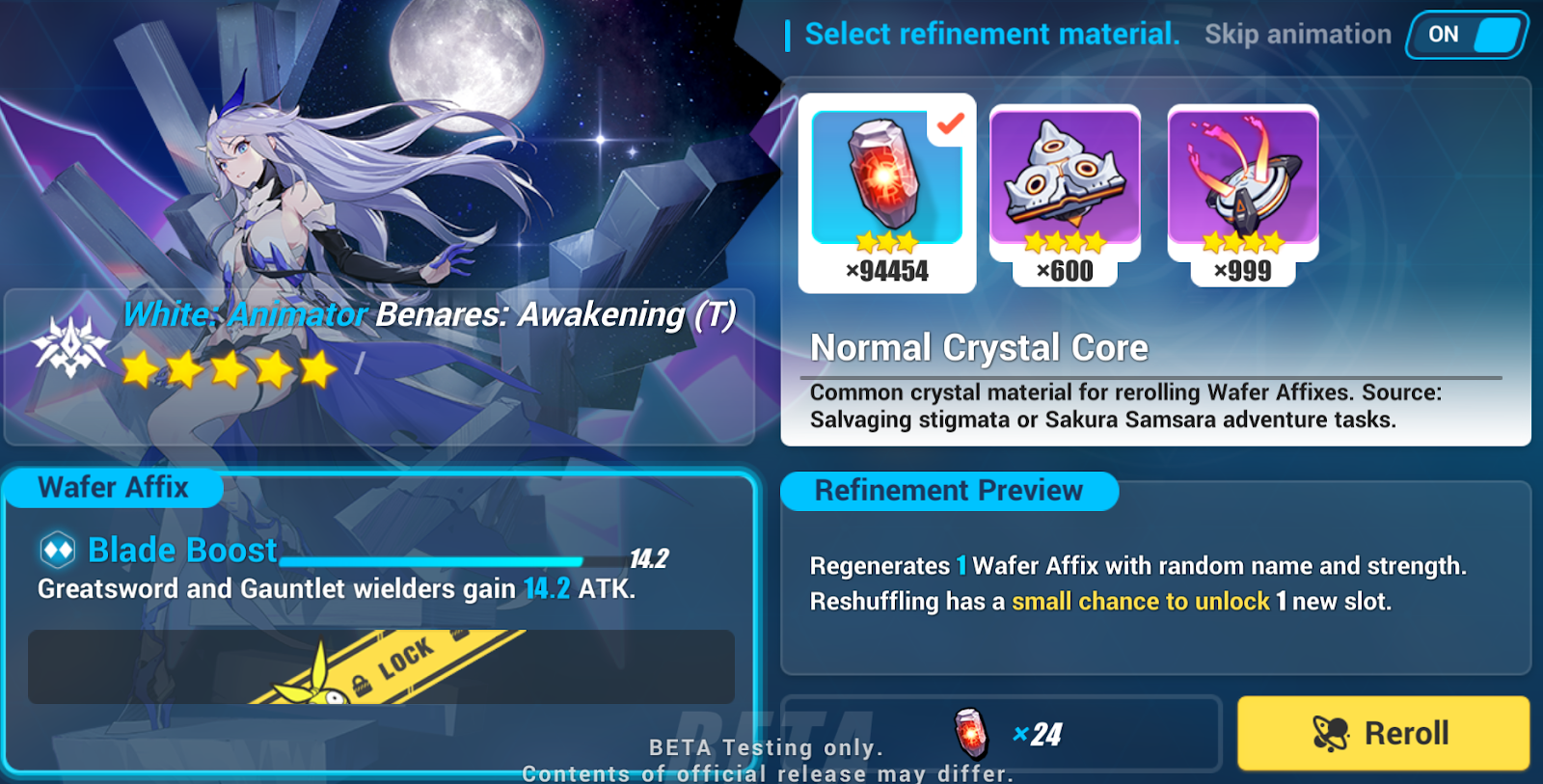 Seemingly trivial at first, but affixes are heavily important in the competitive scene, especially in the late game. The little bonuses that affixes bring can be the difference between a good score and a terrible score. It's not recommended to reroll most non-4* stigmatas due to most of them being useless late game.

Normal Crystal Cores can be obtained via:

Note that salvaging event-exclusive stigmatas will not yield any NCCs

The following below are the types of affixes you can obtain, with Green for always recommended, Yellow for sometimes, and Red for never.

Crystal Flashtanks have very little windows of opportunity for usage. If you have a stigmata with only 1 good unlocked affix, you can use the Crystal Flashtank to unlock the new slot and hope it is a good second affix. If it's good, you won't need to reroll and lose your first good affix. 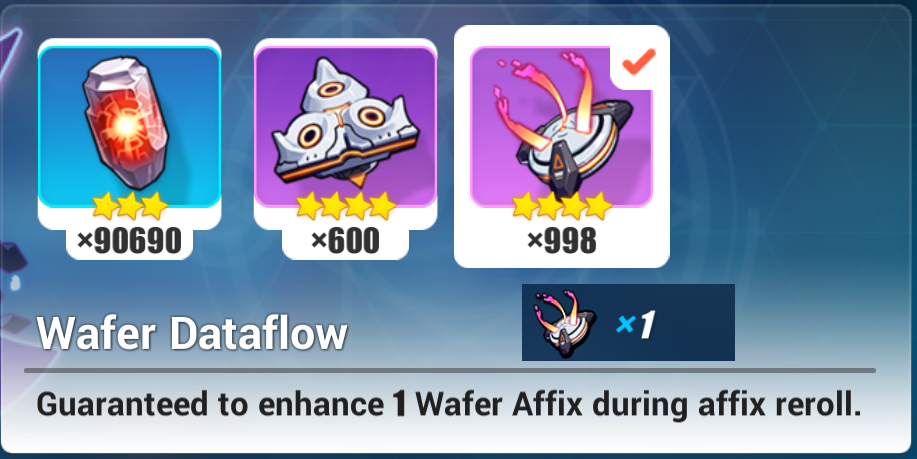 It is the hardest item to get among the affix items. It can buff one affix by a random amount. Unfortunately, you can only use Wafer Dataflows ten times per stigmata and one or two Wafer Dataflows can never buff the affixes enough. If you do have one, I suggest using it only on your best stigmata's best pair of affixes on your to increase its potency; often used when getting that one high score in Abyss/MA after there's nothing left you can improve. 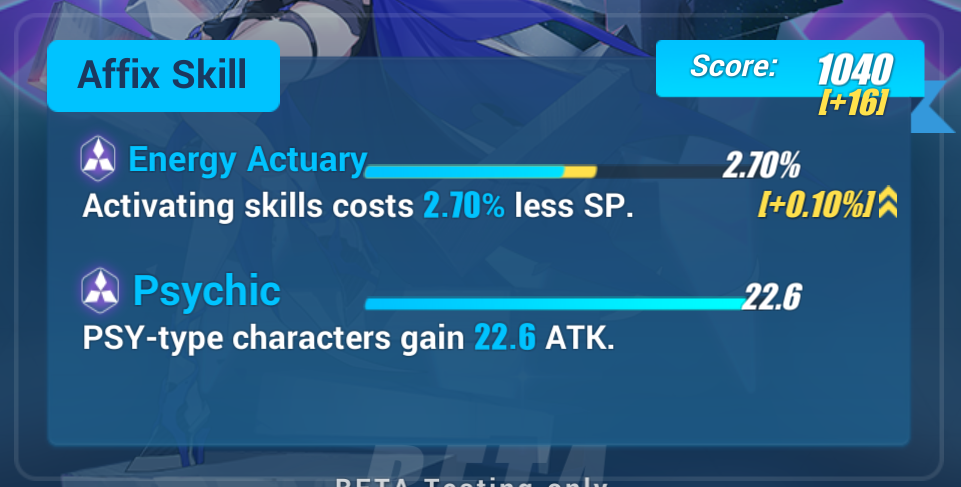 The Reroll Device: ATK, costs a lot of NCCs to orient reroll but can increase the chances of rolling a good set of affixes. A reroll with two affixes on a 4* Stigmata costs 40 NCCs per reroll, but it can take many tries before you can get the pair of affixes that you want. You can purchase these items in the Asterite Shop for 210 NCCs per Reroll Device. That means it will cost you 510 NCCs per oriented rerolls. (510/40 = 12.75 ~> 13 regular rolls).

The reason it's good is that it provides you with tier-3 offensive affixes for sure, but not all offensive affixes are good, as mentioned in the chart above. Here are the list of potential affixes you can orient reroll for:

There are updates to the list in vol.1 here for f2p gear you should also get your hands on.

The Dark Xuanyuan Sword costs 150 AE Imaginons in the Foundry and is a good and niche Memorial Arena. It's good for saving a few seconds on the timer and setting up debuffs/buffs as well as QTE(s).

With the recent rework of Theresa: Gluttony T in 4.1, Gluttony T is better than ever! It can provide the team with a max potential of 24% Total DMG Multiplier! For more information about this stigmata, you can visit this link: https://walkthrough.honkaiimpact3.com/article/show/50/4787

Jingwei M is another stigmata piece of the Jingwei set that is useful. It's a good fire M piece for Phoenix and Flame Sakitama when DPSing.

Edwin Hubble T is a support stigmata that has two niche uses. Due to its 100% but short duration of a freeze inflict debuff, Hubble T can be used to trigger the QTE of valkyries or stop Hephaestus from regenerating its yellow meter.

In 4.1, several Stigmatas have been added to the Bounty's craftable list. Among those, only 3 are worth farming for. Going from left to right, Kaslana Siegfried M is the “better” version of Theresa: Origins M, in which it can shorten the host's weapon CD by 40%. It's a great meta and life quality piece. Nagamitsu M is a good M piece option for Lightning DMG DPS valkyries, it induces a Lightning DMG intake-debuff to all enemies that are close to the host. And lastly, Kepler M is a niche and “better” version of Rinaldo M. It can provide the host a status inducing debuff that inflicts an AOE paralysis for 2s upon crit strike. Kepler M is a good support option for when facing Memorial Arena boss Doom.

One of the many questions players have as they approach level 81 is what PRI-ARMs should they aim for? Here I will be providing a chart for what you should aim for:

Let's cover some information discussion over a few S-ranks.

Herrscher of Thunder vs Hawk of the Fog

To be it simply, HoT can do everything HF can do, but better, and then some more coverage. HoT has the power to achieve some ridiculously high scores. HoT can get much better scores than HF can for less effort. There's a much smaller skill requirement for HoT teams.

However, HF can also get very high scores as well. HF can perform most of what she's capable of with a mostly f2p kit. She can excel in quick bursts of damage through ult evade + ult. The only gear she would have a hard time acquiring would be exchangeable Nuada gloves and Mei: Beach Party M. Still, HF prefers Monet T + Goemon MB, the best versatile Lightning Stigmatas. But if you don't have the best gear for HF and are able to afford pulling them, you're better off just aiming for HoT and her gears. Otherwise, just keep your wallet safe by just aiming for the HF's more f2p-friendly set of gears.

Vermillion Knight vs Herrscher of Reason

Now for concern from the previous Essential guide. Some readers were concerned that Vermillion Knight was rated much higher than Herrscher of Reason in the list of recommended Gacha-only S-ranks. I would like to address this concern. The list provided in the previous guide consists of all valkyries I believe players should strive to get. Those not on the list would be optional. The reason I placed HoR in the “others” category was due to the lower score performance in Memorial Arena that she is capable of as only S-rank when compared to Vermillion Knight. However, it can be noted that the teams that VK are in compared to HoR are much less f2p friendly. That said, at the time of writing this guide, v4.2 has confirmed the PRI-ARMs of both Godslayer Surtr and Might of An-Utu. With these confirmations, VK will be cemented as a stronger valkyrie than HoR for months to come. 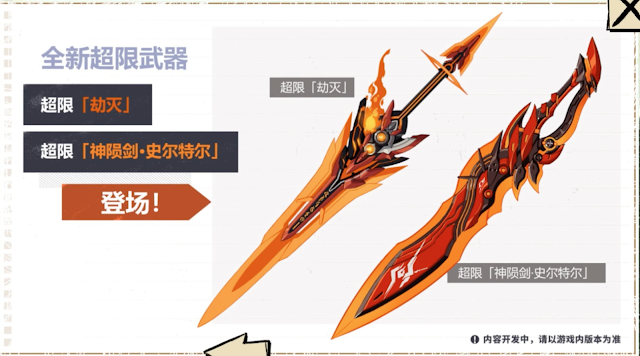