The State of Lightning Valkyries in Version 3.6

With the coming of version 3.6, captains will be getting three patches consecutively featuring Lightning Valkyries in some manner. During 3.4, we were introduced to MAG-Typhoon which redefined Lightning Empress (LE), catapulting her capacities as both a support and damage dealer. In 3.5, we were introduced to Hawk of the Fog (HF) augment skill core, which allowed Valkyrie Accipiter (VA) to be the top tier Lightning valkyrie in many Memorial Arena (MA) and Abyss contents. Finally, in 3.6, we are getting Darkbolt Jonin (DJ), which will be the seventh Lightning valkyrie introduced and the first biological Lightning valkyrie. This means there are more Lightning valkyries than any other element. With such a saturated field, this guide will focus on giving a brief overview of their current roles, and hopefully allow new captains to make more informed decisions for which to invest in. 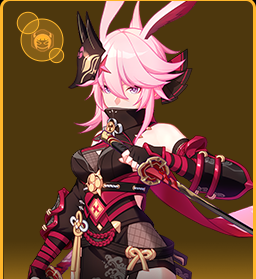 Let us start with the newest addition to the roster: Darkbolt Jonin. Unfortunately, the things to say are not good. DJ seems to fall under the same category as her fiery counterpart Flame Sakitama (FS), whom are decent valkyries on their own, but are far from the best. Her Biological typing will clash with LE's leader skill requirements, making DJ teams weaker to other Lightning teams, not to mention her lackluster damage output. Her attack pattern is long and prone to be interrupted. Also, DJ wants to capitalize on her ultimate ability, which costs 100SP, making her slow to start dishing out damage. Furthermore, DJ's best weapon is the PRI-ARM Mag-Typhoon, making it necessary to craft a 2nd MAG-Typhoon in order to use DJ optimally, which is both expensive, and counter-intuitive, since DJ, like FS, would probably be strongest against earlier content and not Lv81+ content. 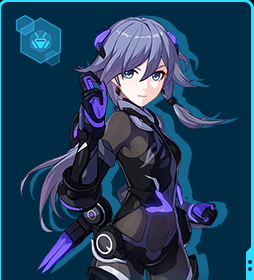 We had the newest, let us move on with one of the oldest in the roster: Shadow Knight (SK). Once a meta defining valkyrie, SK still has some good traits but is no longer strongest. Her sustained damage output is still second to none, but the current content does not want sustained damage; it needs burst potential. In 3.6, SK is getting her PRI-ARM Nuada's Revenge which will greatly increase SK's damage potential and allow her to do more in short bursts. Unfortunately, it is not enough to make SK a top tier competitor. SK struggles by having long rotations, requiring a time to recharge for the next ultimate, and having no time fracture. SK is more competitive in Abyss bosses with a favorable boss matchup and weather. But in MA, SK will be able to do decent in a large number of bosses but will only great on a select few, like Argent Knight Rita and Dark Jixuanyuan. But even those bosses have alternative options. 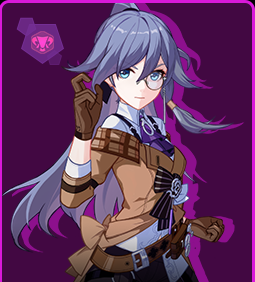 Like SK, Hawk of the Fog will also be seeing a boon from the content of version 3.6. HF is already one of the top tier valkyries in certain MA and Abyss boss matchups, and she will be getting an upgrade to both weapon and stigmata options. While Nuada's Revenge is designed for SK, its increased Attack stats and Airgetlam's Mantle passive will be sure to benefit HF as well. Secondly, the new Ishikawa Goemon set is extremely powerful on HF and will give more options for captains. Overall, HF's high burst potential and high synergy with supports like LE currently makes HF a top tier contender. 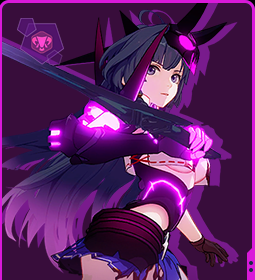 Speaking of LE, Lightning Empress is irreplaceable in most Lightning damage teams. LE is great from both sides, as a support and a damage dealer. LE was able to pick up the damage role after receiving her PRI-ARM MAG-Typhoon weapon. The weapon offered her a much needed damage boost along with being able to apply the conductive debuff in a reliable way, bypassing her clunky attack pattern. Being able to apply a 95% Lightning damage debuff to enemies, with a free weapon skill having two charges, is also the strongest support ability in the game making LE the catalyst for many Lightning teams. LE is currently best played as a support simply because the 95% damage is unbelievably powerful, but she can also be the primary damage dealer if you need one. 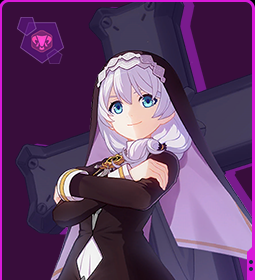 Times has surely changed from when most people only thought of LE as a Judah enabler. The biggest reason for the change has been the creation of the Exalted tier in MA, where bosses are simply too tanky to be taken down by Judah at a competitive pace. Judah can still defeat a high variety of bosses, but will not be taking in the high score as the primary damage dealer. In fact, Judah's most common role is as a secondary damage dealer, who can also support her teammates with the Caravaggio set. Judah will still achieve top scores in Master tier, but is relegated away from primary damage dealing duties in Exalted tier. 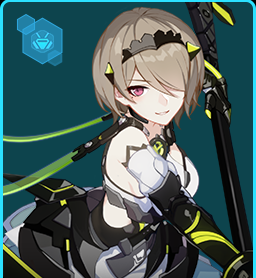 Phantom Iron (PI) is very outdated in its current iteration. While Judah was able to transition from damage dealer to support, upon moving to Exalted tier, but PI cannot. PI's damage and support capabilities are focused around her ultimate and there is no efficient way to for PI to recharge her SP in between rotations, and there is honestly much better supports anyways. 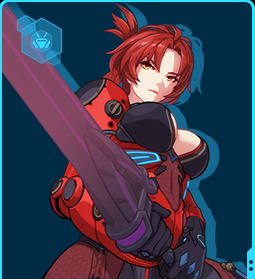 Scarlet Fusion (SF) is included because she is technically a Lightning valkyrie. Her continued stay in MA teams is due to her QTE, which triggers Global Time Fracture and the ability to wield Blood Dance. Her most popular role is as the Blood Dance user in Herrscher of Reason (HoR) teams.